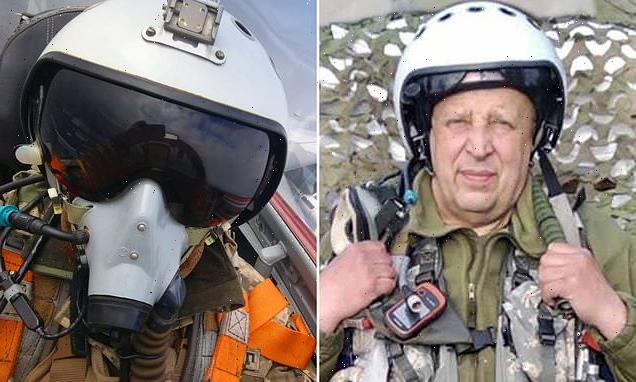 A veteran Ukrainian Top Gun who used the call sign ‘Grandfather’ and led the infamous ‘Ghost of Kyiv’ pilot division has died in combat.

Colonel Mykhailo Matyushenko was head of the Air Force’s 40th Tactical Aviation Brigade, which guarded the skies over capital.

The division was home to the mythical ‘Ghost of Kyiv’ who allegedly shot down 40 Russian warplanes but was later revealed to be a hoax spread by Ukraine to boost morale, and they said the real Ghosts are the ones defending Ukraine in the air.

Matyushenko died in a mission over the Black Sea and a funeral is being held for him in his hometown of Bucha today, the town of horrors on the outskirts of Kyiv where Russia is accused of carrying out gruesome war crimes.

The town’s mayor Anatoly Fedoruk paid tribute to the airman, saying in a post on Facebook: ‘Matyushenko passed on his invaluable experience to the younger generation of fighter pilots.

‘And only now can we tell the true story: “The Ghosts of Kyiv” were led by a pilot from Bucha.’ 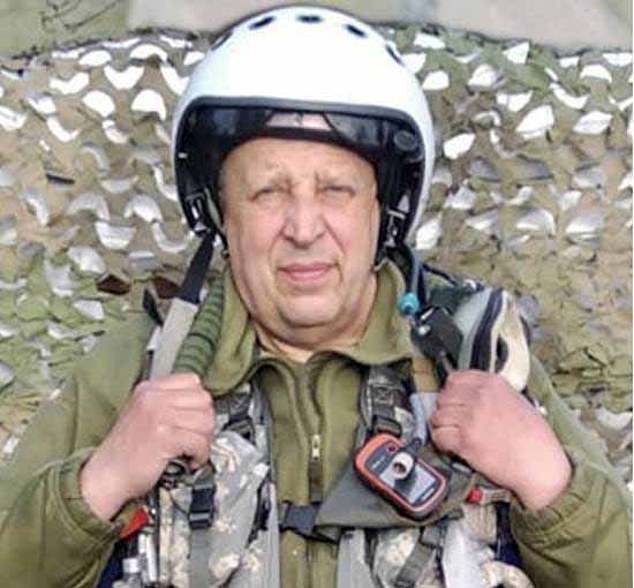 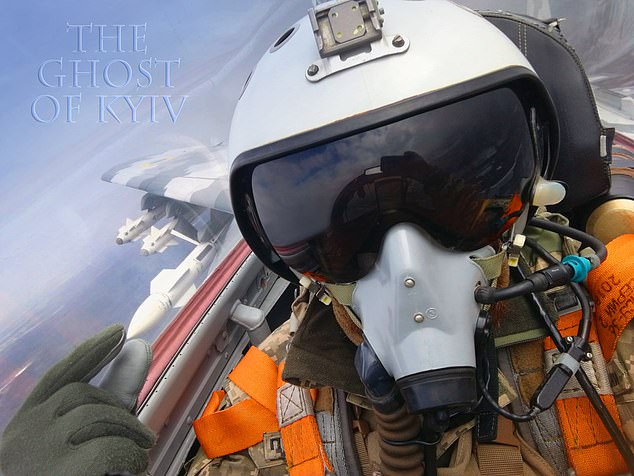 He was head of the Air Force’s 40th Tactical Aviation Brigade, home to the mythical ‘Ghost of Kyiv’

Matyushenko served in a number of military units and also flew civilian aircraft, working as a manager at a Ukrainian airline before Putin launched his barbaric invasion and he returned to service.

Fedoruk said that under Matyushenko’s command, the 40th Tactical Aviation Brigade never suffered any defeats in the air.

His comrades recalled one incident in which ‘Grandfather’ rushed into an aerial battle in an Aero L-39 Albatross training jet.

He was simulating an attack in a Ukrainian MiG-29 on a pair of Russian Su-30s whose pilots were fooled and retreated.

After dominating the skies over the capital, he moved to strengthen Ukraine’s control on the airspace above the southern and eastern front. 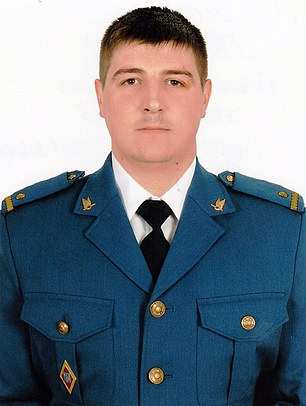 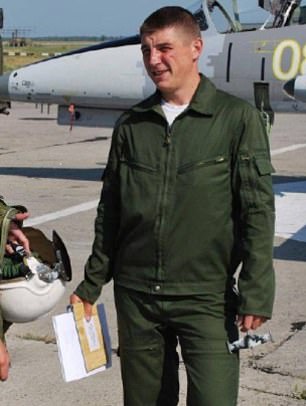 A search and rescue mission was carried out for the 61-year-old after his death in the Black Sea in June and his body was eventually recovered and returned home yesterday.

A day after Putin’s invasion, the story of the anonymous ‘Ghost of Kyiv’ was widely spread, becoming one of the symbols of Ukraine’s bold defiance against Russia.

The mythical pilot from the 40th Tactical Aviation Brigade allegedly shot down 40 Kremlin warplanes to defend the capital.

But the Ukrainian military eventually conceded the icon was just a hoax to help boost morale, after Air Force Major Stepan Tarabalka, 29, was wrongly identified as the pilot.

The air force wrote at the time: ‘The Ghost of Kyiv is a super-hero legend whose character was created by Ukrainians!’

‘The information about the death of the The Ghost of Kyiv is incorrect.

‘The Ghost Of Kyiv is alive, it embodies the collective spirit of the highly qualified pilots of the Tactical Aviation Brigade who are successfully defending Kyiv and the region.’

Mr Tarabalka was a real pilot who died in battle on March 13. He was posthumously awarded the title Hero of Ukraine. 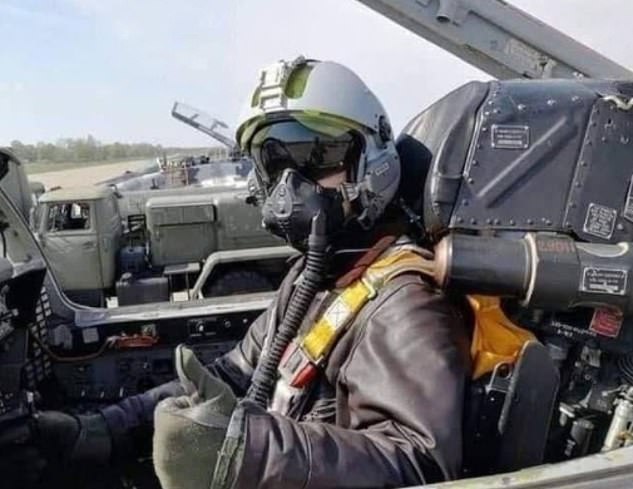 Two days before his death, Ukraine’s General Staff shared this photo of the legendary fighter sitting in the cockpit. They captioned it: ‘Hello, occupier, I’m coming for your soul!’

Memes, photos, and even footage from a flight simulator video game circulated on social media claimed to show the Ghost of Kyiv during combat.

Two days later, Ukraine’s official Twitter account shared a video including the same picture, along with footage of fighter jets in combat set to pulsating music with the caption: ‘People call him the Ghost of Kyiv.

‘And rightly so – this UAF ace dominates the skies over our capital and country, and has already become a nightmare for invading Russian aircrafts.’

By the time news outlets falsely identified the pilot as Tarabalka, reports had increased the ghost’s toll to 40 planes.

Two days before his death, Ukraine’s General Staff shared a photo of the legendary fighter sitting in the cockpit.

They captioned it: ‘Hello, occupier, I’m coming for your soul!’

Tarabalka was born into a working class family in the village of Korolivka in the west of Ukraine.