Finding the Elusive Flavors of Panama

Only a handful of New York restaurants serve the food of Panama, despite the city boasting the largest Panamanian population in the United States. New restaurant owners want to change that.

Options for Panamanian food are scarce in New York City, but restaurants like El Carnaval do offer them, with dishes like fried fish with coconut rice, pigeon peas, potato salad and plantains. Credit…Jose A. Alvarado Jr. for The New York Times

For years, Karla Cruz has searched New York City for dishes reminiscent of her childhood in Panama, like sancocho, tamales and carimañolas, but there was nothing that emulated those foods she loved. So she promised herself that if there was ever an opportunity, she’d open her own Panamanian restaurant.

In New York City, where the national dishes of so many countries are available, Panamanians living here have been surprised at the scarcity of restaurants serving their cuisine. This challenge has inspired restaurateurs to fill that gap in recent years.

“I wanted something that would transport me back to Panama,” said Ms. Cruz, 45, in Spanish. She opened KC Gourmet Empanadas on the Lower East Side in 2019 and El Carnaval next door in 2021.

There are about 210,000 Panamanians living in the United States, according to the Pew Research Center, and about 35,000 of them call the state of New York home. Despite this, it’s been a struggle to find restaurants serving their cuisine, especially after the renowned Panamanian Kelso Bistro and Bar in Crown Heights, Brooklyn, closed in 2017 after 55 years. 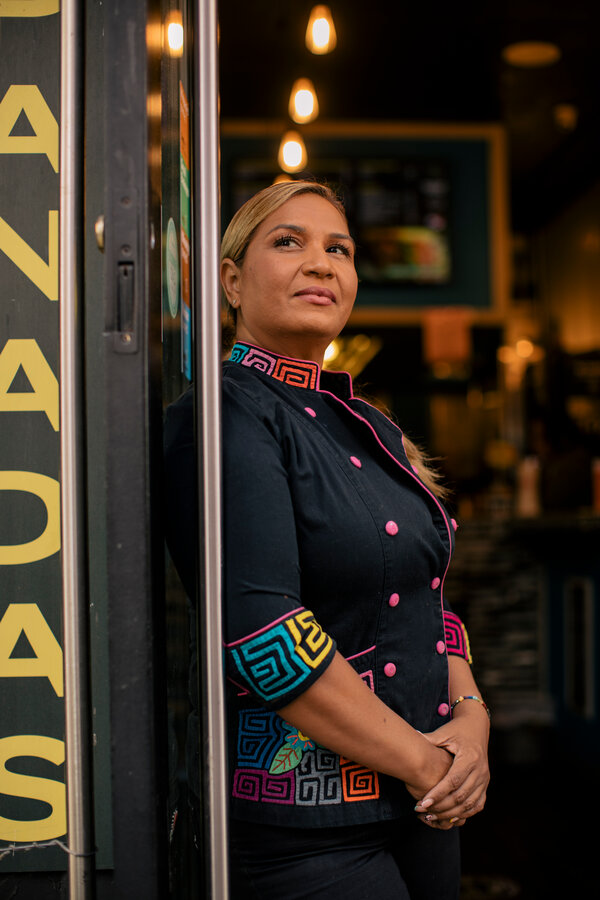 Mario E. Castrellón, the chef and owner of Maito in Panama City and several other restaurants in Panama said that Panamanian food is still relatively unknown in the United States.

There are a few upscale restaurants pushing the boundaries of the cuisine, Mr. Castrellón said, but chefs are still defining what Panamanian food means.

Panamanian dishes can share similar names and techniques with other Latin American ones, but their flavors and use of ingredients can vary, and can include the influences from Chinese, Arab, African and Caribbean cuisines that made their way into the country with the workforces that build the Panama Canal. “We’re a melting pot of flavors,” he said.

For Ms. Cruz, who found some familiar flavors at Kelso Bistro, decided to put the food that she grew up with as a child on the menu at her restaurants.

At KC Gourmet, she initially served empanadas made with corn dough and fillings like spicy cheese or ground beef with raisins. After her mother and children later suggested other flavors, like mushroom or pulled pork, Ms. Cruz expanded the menu to include more than 50 types of empanadas. But her traditional Panamanian menu has not changed, with dishes like carimañolas, a stuffed yuca dish. She’s worked with distributors to find the herb culantro and the root vegetable named ñame, she said, for her Panamanian sancocho, a traditional chicken soup.

One of her most popular items is her mother’s corn tamales steamed in banana leaves. It can take up to five days to make about 100 of them. (Her mother is such a perfectionist that she and Ms. Cruz have argued with each other while making them.)

Mrs. Nimbley developed a passion for the bread when she tried hunting down an authentic rosca for Christmas when she and Mr. Nimbley first moved to New York City in 2013. She couldn’t find one and settled on a Mexican-style version instead.

“It’s sad that there was no Panamanian bread,” Mr. Nimbley, 42, said in Spanish. “It wasn’t what we wanted, but that’s what there was.”

Her dedication to perfecting the recipe got serious in 2019 when Mr. Nimbley began culinary school. (He’s now a chef at the Aman New York hotel in addition to baking at Nimbley.) In a notebook, the couple cataloged tweaks to ingredients like the flour and water until they landed on something that was sweet and would stay soft for days, especially for shipping the bread.

During the holidays and Panamanian Mother’s Day in December, they have been inundated with hundreds of orders in New York and 35 other states.

Mr. Nimbley said that when Panamanians find the bakery they’re often in disbelief and have cried when they taste the bread, excited that finally, they have something that reminds them of home.

“This bakery came from the sacrifices and the sadness we had of not having our bread from Panama,” he said in Spanish.