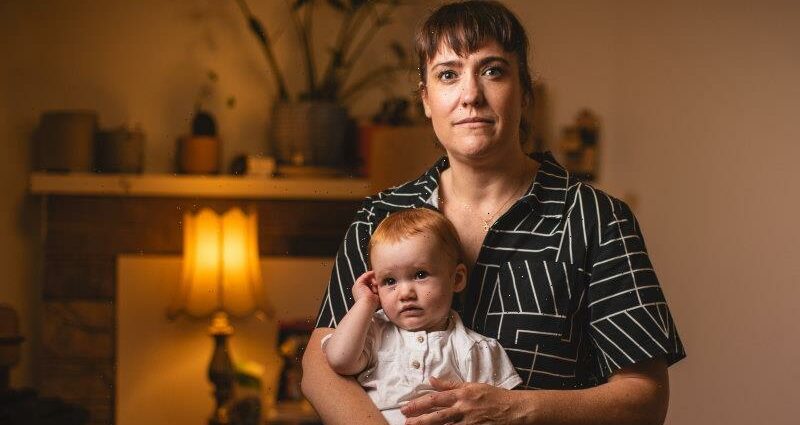 A senior researcher who is taking Deakin University to VCAT over pregnancy discrimination believes the issue is more widespread but difficult for women to fight.

Senior researcher in Indigenous studies Cameo Dalley, who was on a three-year contract at the Alfred Deakin Institute, claims she lost a contract and was discriminated against because she was pregnant. 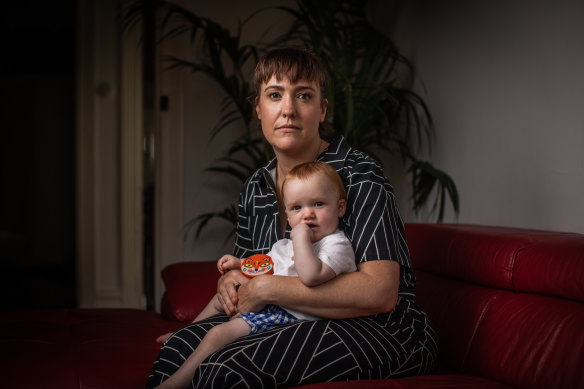 Cameo Dalley with her 10-month-old daughter Dune. Dalley says her experience around the Deakin University role “was really traumatic”.Credit:Scott McNaughton

Dalley, 41, worked in a team that won a three-year Australian Research Council Discovery Indigenous grant. She had participated in about 500 emails about the project, and was named in the grant application about 10 times as the senior research associate and as the “ideal candidate” for the anthropological fieldwork. She says she was verbally offered the role.

But on November 2, less than a week after the team won the grant, she told an influential senior female professor she was pregnant and the tone of their meeting changed.

“She made all these comments about, ‘How do you plan to do your job and have a baby?’ ” Dalley said.

Then, on November 10, she said, “a wall went up” and she was told she would no longer be offered a contract to work on the project.

“I couldn’t even fathom it was happening. It was shock. It was wild,” Dalley said.

She said she was given no explanation for the change of heart and was told a one-year contract would be advertised instead.

“It was really traumatic – literally the first few days of having this amazing beautiful little baby girl, I was in hospital applying for jobs,” she said.

She said she applied for the one-year contract and was interviewed – 15 days after her baby arrived – but was told she did not get the job because of a question about interpersonal skills.

After a number of internal investigations, she decided to take the matter to VCAT (the Victorian Civil and Administrative Tribunal), which will go to mediation in February.

A Deakin spokesperson said the university was wholly supportive of parental leave and provided a range of entitlements for primary caregivers and partners.

“We aim to provide staff with as much support as possible during pregnancy, whilst on leave, in transitioning back to work and in their ongoing capacity as a parent and valued Deakin staff member,” the spokesperson said.

They said it would be inappropriate to discuss the case because it was before VCAT.

She said women often came into the sector at childbearing ages and she knew women who debated whether to delay having a baby, not disclose their pregnancy or have a baby between contracts.

“It is a really tricky time for women,” Dalley said.

She has since started work as a lecturer at the University of Melbourne, which she said had been supportive of her being a working parent of a young child.

The Parenthood executive director Georgie Dent said it was “very rare” for new parents to lodge formal pregnancy discrimination complaints because many were sleep-deprived, lacked confidence, time and money, or were ashamed about the discrimination. “That’s why this issue hasn’t had as much air time. It’s easy for people to think it doesn’t happen. It’s quite invisible. For other people when it’s happening to them, it’s easy to think it’s just you,” she said.

An Australian Human Rights Commission spokesperson said while the number of pregnancy-related complaints it received was low, employees who experienced discrimination could face a range of barriers that deterred them from making complaints.

Complaints mainly came from white-collar workplaces, including government, health providers and the real estate industry. None of the complaints in 2021-22 were from the education sector.

National Tertiary Education Union national president Alison Barnes said the Deakin matter included serious allegations of discrimination affecting a hard-working academic who was brave in pursuing her case. She said there were strong policies around gender and women at universities, but there could be a gap between rhetoric and reality.

She said the case also highlighted difficulties for the two-thirds of university staff who were in insecure work, which was a major factor in whether someone pursued discrimination complaints.

“The fact women are still grappling with pregnancy discrimination in 2023 is infuriating. People should be incensed we haven’t stamped out this sort of shocking conduct in public institutions,” Barnes said.

The union is seeking compensation for financial and economic loss; distress and humiliation; and loss of reputation; and an apology from Deakin. According to the union, Deakin wrote to Dalley in July saying she wasn’t subject to any discrimination.