In helping to create a series of ads attacking the Democratic presidential candidate John Kerry’s military record, he added a new term to the political lexicon. 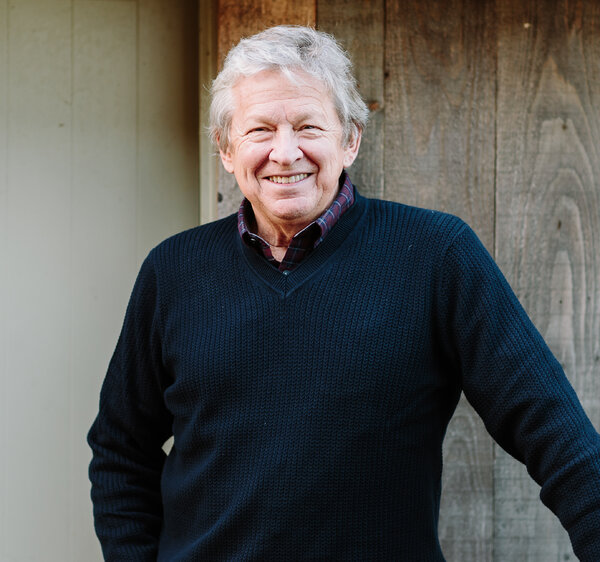 Rick Reed, a Republican advertising executive whose work in the 2004 presidential race tarnished Senator John Kerry, the Democratic nominee, by attacking his record as a Swift boat commander during the Vietnam War — giving rise to the term “swift boating” as a synonym for making ad hominem attacks, typically unfair, on a public figure — died on Aug. 17 at his home in Alexandria, Va. He was 69.

His daughter Mackey Reed confirmed the death but did not provide a cause.

The 2004 ads Mr. Reed helped produce, for a group called Swift Boat Veterans for Truth, were highly contentious and remain so. Mr. Kerry and his allies, including a number of those who served with him, disputed the group’s claims that he had lied about his service and had betrayed his country by speaking out against the war later.

Journalists discredited several of the ads, which were part of a broader effort to challenge Mr. Kerry’s war record that also included a best-selling book. Senator John McCain, a Republican and a former prisoner of war, called them “dishonest and dishonorable.”

Mr. Reed argued that they raised legitimate questions about Mr. Kerry’s fitness to be president. And despite reporting that undermined the accusations, he insisted as recently as last year, in an interview, that the ads “were never discredited.”

There is little question that the Swift Boat campaign hurt Mr. Kerry’s candidacy, said Kathleen Hall Jamieson, the director of the Annenberg Public Policy Center at the University of Pennsylvania.

Citing a rolling cross-sectional survey the center conducted during the campaign of the public’s daily responses to messages from the candidates and the news media, she said that the ads themselves had little direct effect on voters’ consciousness, but that the wide media attention they attracted did.

“There is no question that they damaged the perception of Kerry as a strong leader, especially among suburban women,” Professor Jamieson said. Mr. Kerry lost the election to President George W. Bush, whose own lack of combat service largely receded as an issue after the emergence of the Swift Boat attacks.

Richard Gardner Reed was born on May 24, 1953, in Wakefield, Mass., to Gardner Chase Reed, a financial adviser, and Priscilla (Swett) Reed. He grew up in Chatham, on Cape Cod.

He graduated from Franklin & Marshall College in 1975 and later earned a master’s degree in public administration from the Kennedy School of Government at Harvard University.

He first got involved in Republican politics by doing advance work in Florida for Ronald Reagan’s unsuccessful presidential primary run in 1976. He later worked for a consulting firm led by Paul Manafort and Roger Stone, who went on the play key roles in the political rise of Donald J. Trump.

Over the course of Mr. Reed’s career, his clients included Senators Peter Fitzgerald of Illinois, John Warner and George Allen of Virginia, and Lindsey Graham of South Carolina.

“Rick was an exceptional talent and a gifted ad maker,” Mr. Fitzgerald said in a statement provided by Mr. Reed’s family. “In my case, he took a very young, virtual neophyte, and vaulted him into a U.S. Senate seat.”

Mr. Reed worked on John McCain’s presidential campaign in 2000 and, despite the Arizona senator’s anger over the Swift Boat ads in 2004, briefly reunited with him for his 2008 run. He also produced ads for Mr. Trump’s primary campaign in 2016.

Mr. Reed, part of an old-school breed of political admen who reveled in writing their own scripts, considered the Republican pollster Arthur Finkelstein, whom he met early in his career, a mentor.

“He’s not one to necessarily spend a lot of time trying to curry favor with the party hierarchy,” Mr. Reed said of Mr. Finkelstein in a 2003 interview with Roll Call. “And that is not necessarily a bad thing.”

In addition to his daughter Mackey, Mr. Reed is survived by his wife, Gayla, whom he met when they worked together for the National Senate Republican Committee; another daughter, Carly Reed; a son, Gardner; and a sister, Melissa Reed.

In Mr. Reed’s telling, his work with the Swift Boat group was a matter of serendipity. It began with a May 2004 email from an uncle, Adrian Lonsdale, a retired Coast Guard captain who had been one of Mr. Kerry’s commanders in Vietnam and was on his way to Washington for a news conference.

“I said, ‘What’s this about?’” Mr. Reed recalled last year in an interview with the podcast “First Right.”

Captain Lonsdale, Mr. Reed said, replied that he and “a bunch officers from Vietnam who served together” were coming to “talk about” Mr. Kerry, who had effectively locked up the Democratic nomination to challenge Mr. Bush in that year’s race.

Mr. Reed went to the news conference, where Captain Lonsdale and others denounced Mr. Kerry, primarily because of an issue that had been simmering since the 1970s: his antiwar activism upon returning home after a tour of duty commanding Swift boats — 50-foot aluminum Navy vessels used to patrol Vietnam’s waterways — in the Mekong Delta.

The news conference was lightly attended and generated modest coverage. But Mr. Reed, a longtime partner at the political advertising firm Stevens Reed Curcio & Potholm, was struck by the veterans’ arguments against Mr. Kerry, which also included challenging his honesty about how he had earned some of his medals.

“I said, ‘Boy, this story has to get out,’” he recalled in the “First Right” interview.

Get out it did.

Several weeks later, Mr. Reed got a call from Chris LaCivita, a Republican political consultant with whom he had worked previously. “I’ve been hired as a general consultant to the Swift Boat group,” Mr. Reed recalled Mr. LaCivita saying. “I think we need to make some ads.”

The first fruits of that effort, a 60-second spot called “Any Questions?,” featured more than a dozen Swift boat veterans, most of whom had not ridden directly alongside Mr. Kerry. They were blunt in their attacks.

“If you have any question about what John Kerry’s made of, just spend three minutes with the men who served with him,” the ad began. What followed was a litany of condemnations of Mr. Kerry as someone who was “lying about his record,” had “betrayed all his shipmates” and “cannot be trusted.”

With a relatively modest budget of $500,000, the group, operating as an independent entity, placed the ad in several markets in Ohio, West Virginia and Wisconsin in August — after Mr. Kerry had underscored the importance he placed on his war record by saying he was “reporting for duty” on nomination night at the Democratic National Convention.

Partly because it appeared during the campaign’s summer doldrums and partly because the Kerry campaign appeared slow to respond, the ad grabbed the attention of network and cable television news outlets, which played it repeatedly as a subject of coverage and commentary. Talk radio and conservative websites provided additional fuel, increasing the impact of the ad’s message: that Mr. Kerry was not to be trusted on a fundamental selling point — far beyond where it first aired.

Later ads in what became a $19 million campaign, largely financed by wealthy Texans loyal to Mr. Bush, featured attacks on Mr. Kerry from former prisoners of war and their wives. The ads were targeted at about a dozen battleground states.

Although Mr. Kerry’s allies joined him in disputing the ads’ content, they acknowledged the effect.

A test of 1,000 voters in 12 battleground states by Public Opinion Strategies found that 75 percent recalled the ads, L. Patrick Devlin, a University of Rhode Island professor, noted in a paper published in American Behavioral Scientist in 2005.

“That,” Bill Knapp, a senior strategist for Mr. Kerry’s campaign told Professor Devlin in a 2004 interview cited in the paper, “is a big bang for its demagogic buck.”