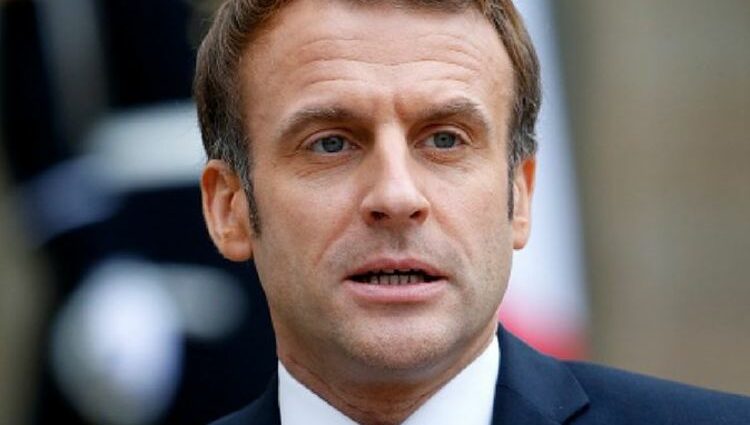 The French leader is proposing to impose so-called “mirror clauses” in all future trade deals the EU signs with third-party countries, in order to impose the bloc’s standards of production on goods imported into the EU.

But in an interview with Groupe d’études géopolitiques, the Director General of the European Commission’s DG Trade and former Deputy Chief Negotiator for the Brexit negotiations, Sabine Weyand, warned Mr Macron’s proposal risks being discriminatory.

She said: “This subject illustrates the evolution of the trade policy debate. In the previous century, trade policy was almost exclusively concerned with the removal of physical and technical barriers.

“Today, there is much more discussion of issues related to the conditions of production within the jurisdictions of different countries.

“As such, I believe it is necessary to take a granular approach to the issue of mirror clauses, which are often superficially addressed in the public debate.

“First of all, it is important to remember that all products on the European market, whether they are manufactured inside or outside the Union, must comply with its criteria and standards that concern the characteristics of the product itself.

“It is out of the question that a product containing pesticides banned in Europe circulates on the European market.

“In such cases, the solutions are much more complex and our new strategy on mirror clauses aims to address this issue.”

She continued: “Given that there is a strong cross-border and international dimension to this debate, it is critical that measures do not arbitrarily discriminate and that they are proportional to desired goals. It seems to me to be the case with this proposal because the proposed rules allow deforestation-free trade to continue unimpeded and without discrimination, while at the same time offering mechanisms to make it easier for producer countries to comply with our regulations.

“When these mirror clauses are justified by an international challenge such as environmental protection, and when they do not create arbitrary obstacles to trade, they appear legitimate and can be envisioned in the framework of our trade agreements.

“Is this the best approach? This question must be addressed on a case-by-case basis.

“If we only regulate the conditions under which forest-based products can enter the European market, we are ultimately dealing with a relatively small percentage of the overall production that risks being fuelled by deforestation.

“If we wish to take more meaningful action — and not only on products exported to the EU — we need to look for other means of international cooperation in forums intended for this purpose.

“In other words, autonomous legislation alone can never replace cooperation.”

Earlier this month, EU Trade Commissioner Valdis Dombrovskis also showed resistance to Mr Macron’s proposals, saying “there are many restrictions” to mirror clauses and that any attempt to ramp up non-EU countries’ production standards must “minimise disruptions of trade [and] need to not be more far-reaching than strictly necessary”.

The move could also be seen as a restriction to trade under World Trade Organisation rules.

According to Inu Munak, an international trade law expert at the Cato Institute think tank, “If you interpret WTO law very strictly, this is seen as a restriction of trade and not allowed”.

He added: “The WTO rules do allow flexibility for regulation on trade. But whether it’s legal or not will depend on the structure of the measure and how discriminatory it is.

“If mirror clauses would be used solely for certain sectors or certain product areas for protectionist reasons, a WTO case would be very likely.

“But if the goal is to make sure everyone is playing by the same rules, it’s a different story. Of course the EU would have to justify that there are legitimate objectives, such as animal welfare or environmental protection.”

Lates News:
2022-01-31
Previous Post: Family furious as one of UK's most dangerous murderers who was given THREE life sentences could be freed from jail
Next Post: ‘Power grab pure and simple!’ Ian Blackford demands Boris Johnson transfers EU privileges