The South West Norfolk MP said it was an honour to be announced as the successor to Boris Johnson after a “hard-fought campaign” against Rishi Sunak. She pledged to “deliver, deliver, deliver” and crush Sir Keir Starmer at the next general election.

Ms Truss is under intense pressure to take immediate action to get a grip on the spiralling energy crisis, with annual average bills set to rise to £3,549 from next month.

“We need to show that we will deliver over the next two years.

“I will deliver a bold plan to cut taxes and grow our economy. 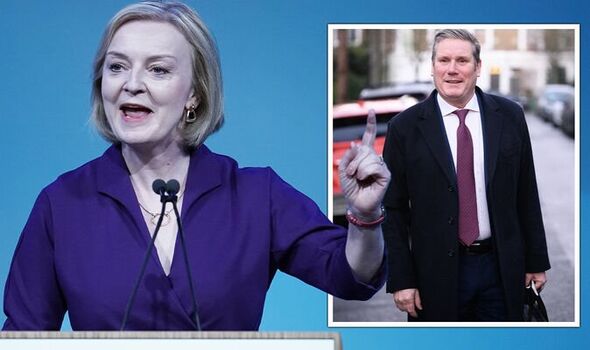 “I will deliver on the energy crisis, dealing with people’s energy bills but also dealing with the long-term issues we have on energy supply.”

Tomorrow Ms Truss will fly to Balmoral to meet the Queen and officially be appointed to lead the Government.

She will meet the monarch shortly after Boris Johnson tenders his resignation.

The incoming Prime Minister will then fly back to Downing Street to deliver a speech to the nation outside the famous black door of No10.

A new Cabinet could be in place by tomorrow night.

Ms Truss’s win over Mr Sunak comes after weeks of Tory in-fighting during a toxic fight for the future of the party.

Tories have been at war with one another ever since Mr Johnson was forced to announce his resignation on July 7.

Looking to unify Conservative colleagues, Ms Truss said her Government would make use of “all the fantastic talents” of the party.

She said: “We all will deliver for our country and I will make sure that we use all the fantastic talents of the Conservative Party, our brilliant Members of Parliament and peers, our fantastic councillors, our MSs, our MSPs, all of our councillors and activists and members right across our country.

“And we will deliver a great victory for the Conservative Party in 2024.”

Her comments hint she will refrain from calling an early general election to seek a mandate of her own from the British public.

Polling had indicated almost 50 percent of voters wanted the next Prime Minister to trigger a snap vote.