Mr Cleverly said: “All Cabinet colleagues ultimately are going to have to abide by collective responsibility.

“It’s always better and easier to feed ideas, particularly when you’re in government and you have access to the Chancellor and the Prime Minister directly, into the centre of the system.

“We are not robots, this is not the kind of party where dissent, debate is stifled.

“What we do is we discuss things, we talk about things, but ultimately when we make decisions, particularly as ministers, we are bound by collective responsibility.

“And we work as a team to deliver for the British people.” 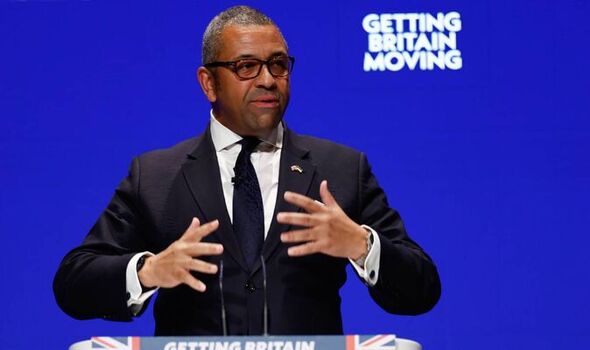 Commons Leader Penny Mordaunt called for benefits to be increased in line with soaring inflation at the Birmingham conference, something which the Government has not yet decided on.

Former Transport Secretary Grant Shapps on Tuesday said Ms Truss had as little as 10 days to save her premiership. Ministers, including Mr Cleverly, slapped down the comment as “ridiculous”.

Work and Pensions Secretary Chloe Smith said the Prime Minister’s speech was “great” but was silent over whether Ms Truss is the Party’s greatest asset.

Ms Smith said: “It was a great speech. I am really pleased to hear that because it was all about getting people into the jobs that are represented by growth.”

When asked if Ms Truss is “the greatest asset”, Ms Smith twice gave no answer. 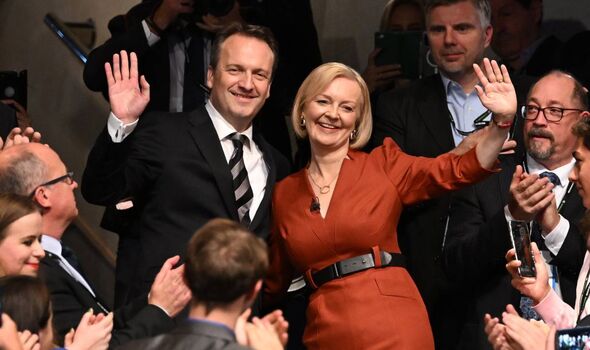 The Prime Minister will attempt to impose iron discipline in the Tory ranks when MPs return to Westminster.

The Prime Minister’s press secretary said: “There’s always going to be differences of opinion between people. People are entitled to their personal opinions. But they should be raised in a more constructive manner.

“Collective responsibility is the same as it always has been.”

Asked if that will be rammed home in Westminster next week, he said: “You will have to speak to the whips, but that should answer your question.”

Home Secretary Suella Braverman attacked Tory MPs, who she claimed “staged a coup” against the Prime Minister over her plan to scrap the 45p tax rate.

Ms Braverman said she had been “in favour” of the policy and was “disappointed” by the U-turn.

Speaking following the PM’s speech, Business and Energy Secretary Jacob Rees-Mogg said he did not think the Conservative Party was divided.

He praised Ms Truss for her “proper conservative speech” that would unify the Party.

Mr Rees-Mogg said: “I don’t think the Conservative Party is divided. I think the support for that speech was overwhelming. She set out clear, conservative policies. She is pro-growth.

“This was a really proper conservative speech which will be very unifying.”

Speaking yesterday, he said: “I promise you, as chairman of the Party, I will do whatever it takes to win the next election. But our greatest asset is our new Prime Minister.

“Liz Truss will unite and level up our country, she is the woman who will get Britain moving, and Britain will win. We cannot afford to be divided.”

Announcements by the Chancellor, including bringing forward the 1p cut in the basic rate of income tax and scrapping a planned rise in corporation tax, will not need to be passed in the Commons until next March.

Votes on reversing the National Insurance rise and implementing a stamp duty cut are expected sooner.

Lates News:
2022-10-05
Previous Post: Meghan and Harry ‘carried out loyalty tests’ on Palace staff, author claims
Next Post: Fight between Anne Heche's son and her ex for her estate heats up