Bitcoin B logo lights up Germany's tallest building in Berlin

The Bitcoin (BTC) logo lit up the night sky in Berlin this weekend, adorning Germany’s tallest building with a giant orange B. 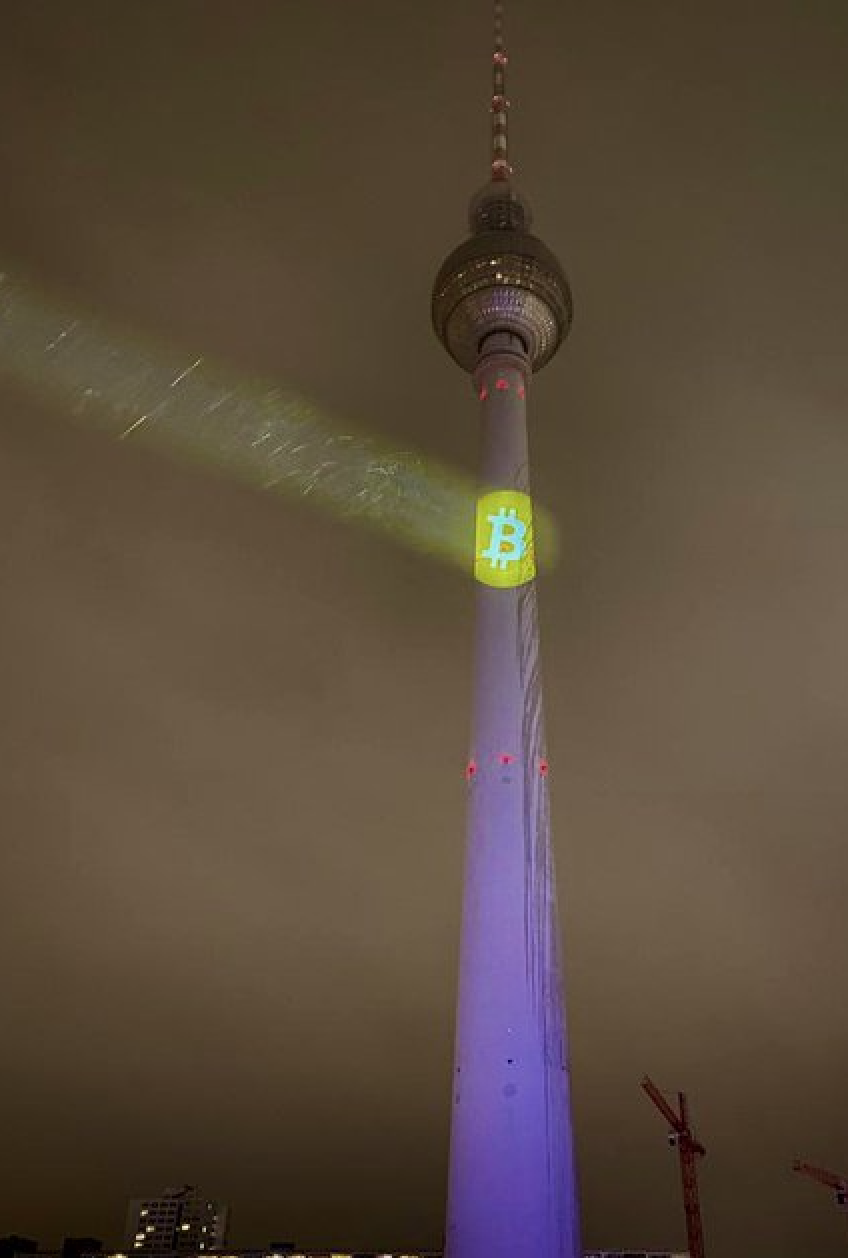 On January 21, the Bitcoin logo illuminated the Berliner Fernsehturm tower–known as the TV Tower. German Bitcoiners took to Twitter and social media to share photos and videos of the illumination, then shared by prominent Bitcoin Twitter accounts.

The man behind the B, a German Bitcoiner called Tilo told Cointelegraph why the idea came to him:

“We just want to call attention on bitcoin! We’re fans of Guerilla actions like this and will keep on track.”

Tilo is CEO of an events agency that will host the “Best of Blockchain” conference this year. He explained that the process is simple for setting up light displays: “what you need is a mixer, power station, special Bitcoin logo,” in one of the comments.  Tilo had tried the process at the end of last year, “But the beamer I used was too weak,” he explained.

It’s not the first time the Bitcoin logo or themes have been projected onto iconic buildings. In May 2021 in London, “Fiat is the bubble, Bitcoin is the pin,” was projected onto the Bank of England.

Tilo had previously beamed Bitcoin slogans onto the iconic Berlin wall and had shared an inventory of products required to coordinate illuminations for those interested in trying it out. However, he insists that these kind of “advertisements” are not technically allowed, so it’s best to tread with caution. 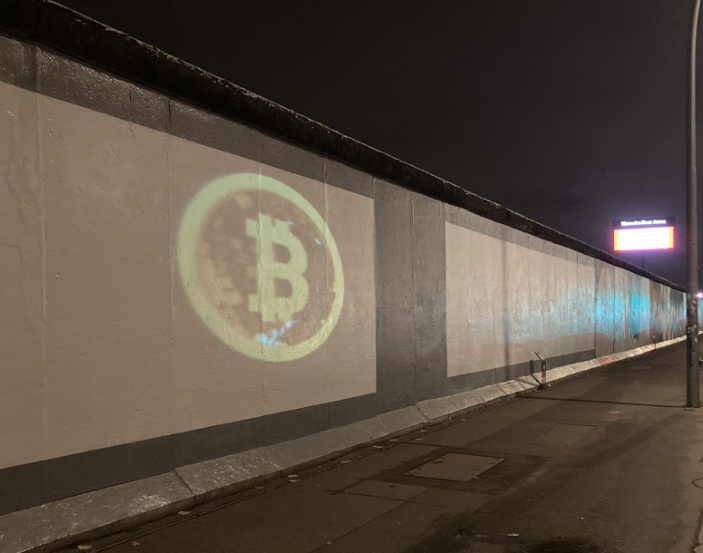 Whereas the Reddit group for Bitcoiners in Germany celebrated the event with a chain of comments saying “Noice,” the subreddit for Berlin residents took a different approach. One commenter criticized the light display as “Light pollution,” whereas another hope that “It [Bitcoin] never catches on.” They continued:

“Bitcoin is turbo capitalism without limits and morals, every six months disguised in a different guise and motto.”

The price per Bitcoin now sits comfortably in the $20k range having surged from the mid-teens, while network security recently hit all-time highs. The hash rate, or the number of searches performed by Bitcoin miners per second, recently punched through to 300 Exahash per second.

Moreover, the number of Bitcoin users worldwide is into the millions, while the developing world is beginning to research and take advantage of Bitcoin’s decentralized and sovereign properties. In Germany’s capital, Berliners can use Bitcoin to pay for Subway sandwiches over the Lightning Network.