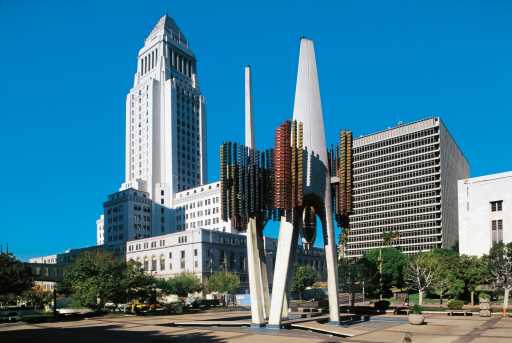 The audio — obtained by the Los Angeles Times here — has rocked the City Council, which in recent years already has been the focus of a series of corruption scandals. City of Police Michel Moore called it a “dark day for our City of Angels.”

In the audio, which surfaced on Reddit, Martinez, the council president, called Bonin’s Black son “parece changuito,” or like a monkey. She also can be heard saying, “They’re raising him like a little white kid which I was like, ‘this kid needs a beatdown. Let me take him around the corner and then I’ll bring him back.’” She also referred to Bonin as that “little bitch.”

Mike Bonin, L.A. City Councilman Who Focused On Homelessness Crisis, Says He Will Not Seek Reelection

De Leon appeared to agree with Martinez’s comparison of Bonin’s child to an accessory, noting it was like holding a Louis Vuitton handbag, according to the Times. He also appeared to refer to Black political power as the “Wizard of Oz” effect, suggesting that their representation is outsized because “they shout like they’re 250, when there’s a hundred of us.”

The conversation took place last year, as Martinez, de Leon and Councilman Gil Cedillo were engaged in a chat about redistricting along with Herrera.

Demonstrators appeared outside of Martinez’s home on Sunday night and played portions of the audio on a loud speaker.

Bonin also called for the resignation of Herrera and called out Cedillo for the “tacit acceptance” of the remarks.

“It hurts me that one of our son’s earliest encounters with overt racism comes from some of the most powerful public officials in Los Angeles,” Bonin said in a statement.

The audio revelations also have impacted the race for Los Angeles mayor, as Rick Caruso and Karen Bass each issued statements condemning the remarks. Caruso tried to tie the scandal to Bass herself, noting that “most people” in the conversation endorsed her. But Cedillo gave his support to Caruso.

“This entire situation shows that city hall is fundamentally broken and dysfunctional,” Caruso said in a statement.

Bass said that what was heard on the recordings was “appalling, anti-Black racism.”

“Our city is in crisis. Homelessness is out of control, crime is on the rise, and Angelenos are being priced out of their hometown,” she said. “The challenges we face already threaten to tear us apart and, now, this hateful and shocking conversation among some of our city’s most powerful leaders could divide us even further.”

In a statement to media outlets, Martinez said, “In a moment of intense frustration and anger, I let the situation get the best of me and I hold myself accountable for these comments. For that I am sorry.”

“The context of this conversation was concern over the redistricting process and concern about the potential negative impact it might have on communities of color,” she said.

De Leon said, that he regrets “appearing to condone and even contribute to certain insensitive comments made about a colleague and his family in private. I’ve reached out to that colleague personally. On that day, I fell short of the expectations we set for our leaders — and I will hold myself to a higher standard.”

Cedillo apologized for not intervening. “I failed in holding others and myself to the highest standard,” he said. “The hurtful and harmful remarks made about my colleague’s son were simply unacceptable. We choose public life, but our families should always be off limits and never part of the political discourse.”

Council members Paul Koretz and Nithya Raman also called for Martinez to resign. The state and local NAACP called on Martinez and all council members involved to step down.

The Los Angeles County Federation of Labor fired off a legal letter to the Times through its attorney, arguing that the conversation was recorded in violation of state privacy laws on the organization’s property. But according to the Times, its attorney Jeffrey Glasser responded by writing, “It is a fundamental principle in the United States that we do not prohibit or punish the receipt and publication of newsworthy information.”