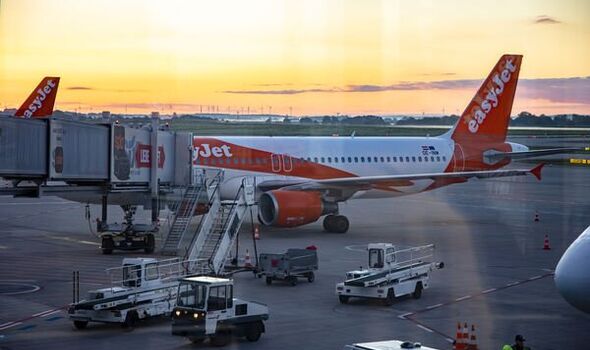 The budget airline is expected to post pre-tax losses of about £177million when it reveals its full-year trading statement on Thursday, according to market consensu

However, earnings from the latest quarter are set to boost the company with analysts at Goodbody predicting £474million profit during the period.

Goodbody also said it was expecting greater losses than the market consensus, by about £40million, because it has taken into account the recent drop in value of the pound and the impact on fuel costs.

Passengers had flights cancelled over summer, and airports faced severe staff shortages that left them struggling to cope with the sudden demand for overseas holidays.

Disruption continued into August as EASYJET dropped dozens of flights from Gatwick, despite the airport claiming it was back to “business as normal”.

However, EASYJET recently said its operations have returned to normal since July and on-the-day flight cancellations are below pre-Covid levels.

It flew around 16 million passengers in July and August, which should help boost earnings in the last three months.

But investors could be wary of the cost-of-living squeeze on household finances, analysts said, and they will be scanning EASYJET bookings and in-flight purchases.

But EASYJET says in tough times, customers may switch to its cheaper flights, away from higher-cost rivals.

Derren Nathan, an equity analyst at Hargreaves Lansdown, said: “With consumer confidence on the wane, people will be looking for signs as to whether forward bookings are starting to suffer and if people are pulling back on extras such as food and luggage allowances. This is a highly profitable revenue line.”

Investors will also watch for evidence of rising fuel costs impacting the group.

It previously assured shareholders it had hedged about 83 per cent of its fuel for the last three months and around 60 percent for the first half of the 2023 financial year, meaning it has fixed prices to avoid spiralling costs.

But the weakening pound could have hit EASYJET recently as airlines pay for a large proportion of costs, including fuel, in dollars.