Who will be the next UK Prime Minister? Latest odds on Boris Johnson and Jeremy Hunt for No.10

THE Tory leadership race is entering its final stages with just two candidates left – one of whom will be voted in to the top job by Conservative members in a postal ballot.

Here we look at the latest bookies' odds on Boris Johnson and Jeremy Hunt, who are fighting to be the next Prime Minister. 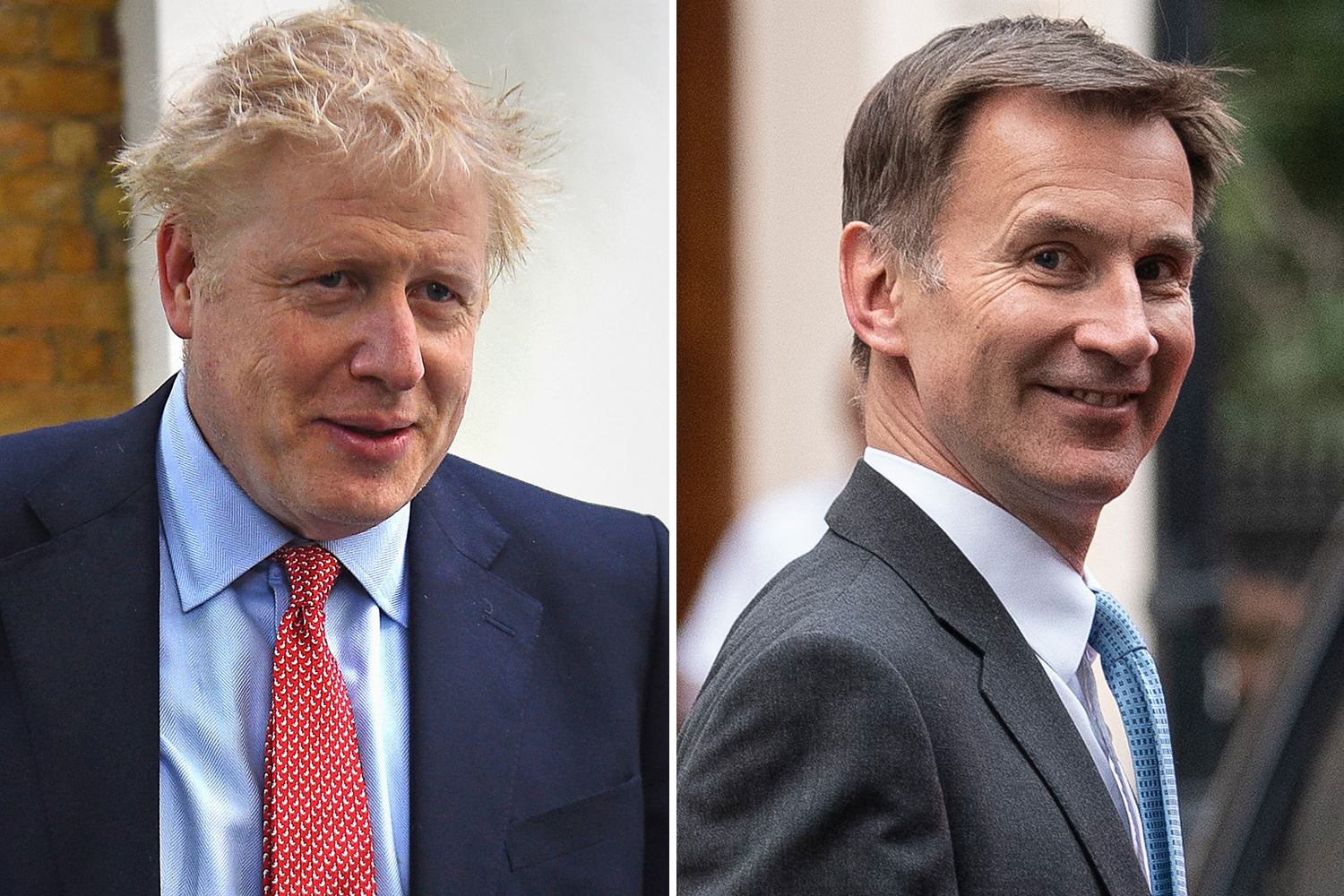 Who are the final two and what are their odds?

Boris Johnson remains the runaway favourite to be the next Prime Minister and Tory leader.

Here are what the bookies are saying on July 17, 2019, according to Paddy Power. 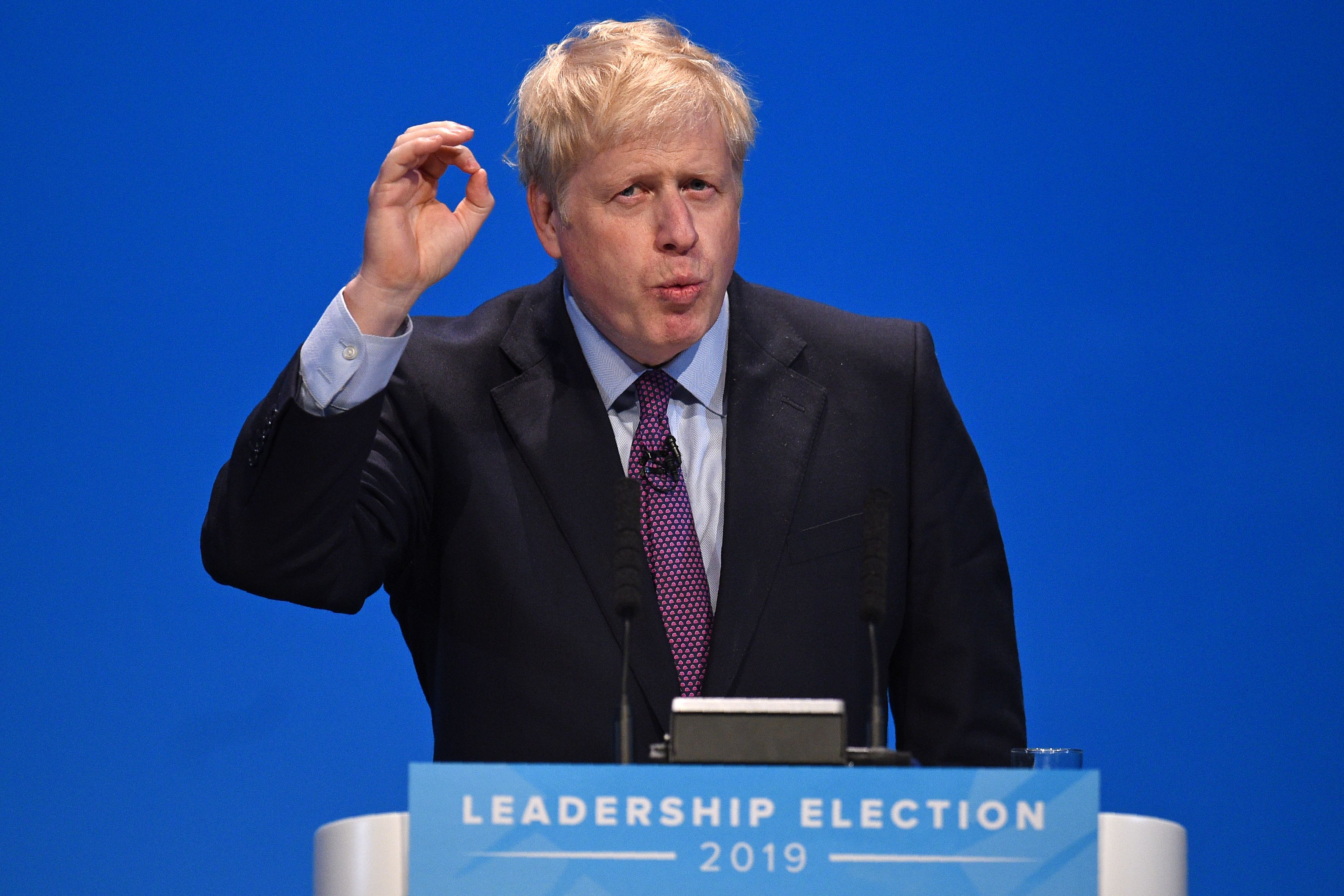 He called on May to stop "dithering" and tell the EU that Britain will not accept the controversial backstop arrangement designed to avoid a hard border in Ireland.

The 54-year-old also pledged to pay for a massive tax break for 3million Brits through money reserved for a No Deal exit – despite being open to a No Deal.

He began his campaign a little later than the other candidates on June 12, in a bid perhaps to steal some of their thunder.

He vowed to deliver a super-fast Brexit. 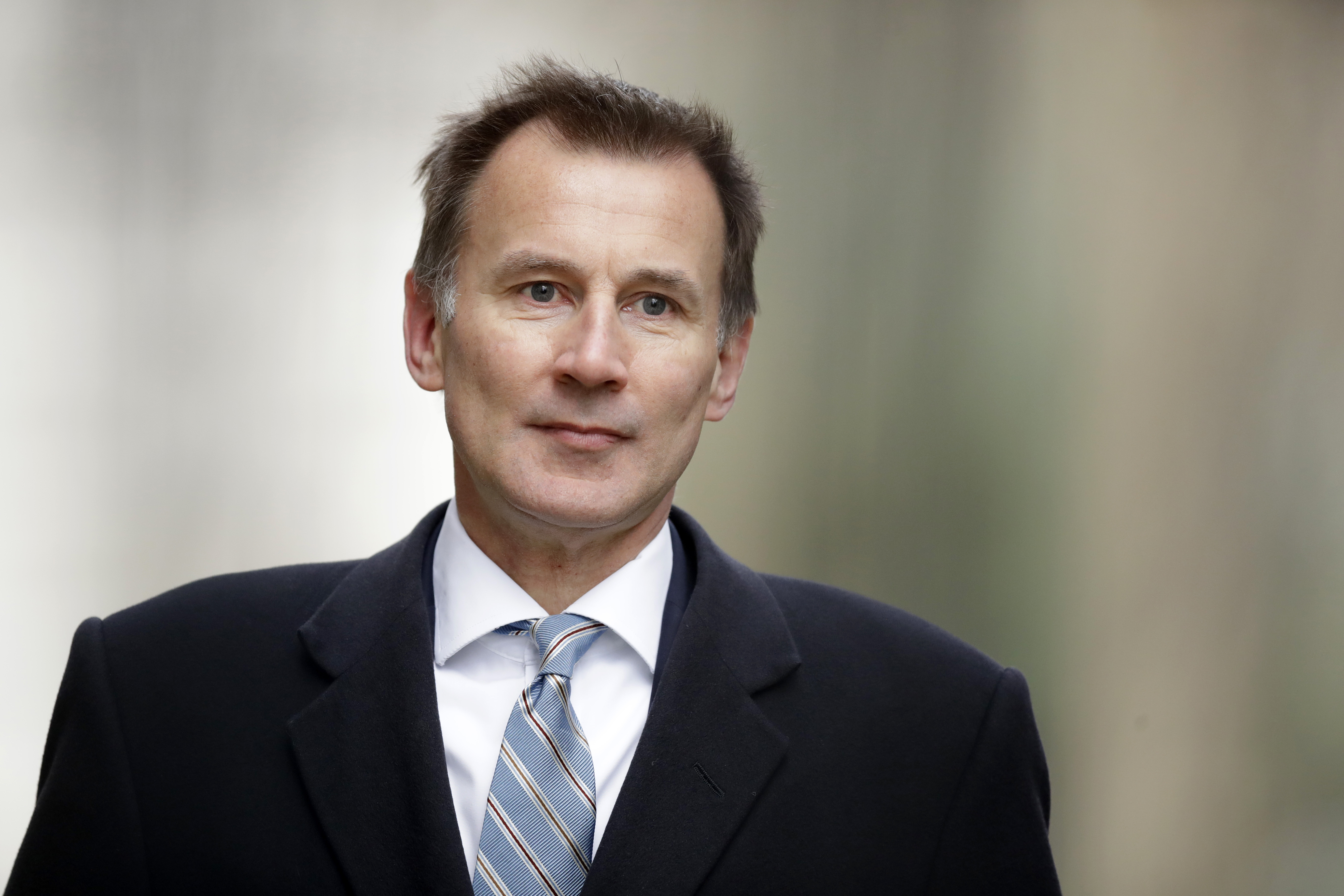 He left the Department of Health after securing a £20bn funding increase for the NHS, but was hated by junior doctors after changing their contracts so they wouldn't receive extra pay for the many shifts they work – previously classified as unsociable hours.

Despite campaigning for Remain during the referendum, Hunt now backs the UK's withdrawal from the EU.

Just hours after Mrs May resigned, he put his name into the hat to be in the running to replace her.

Hunt opened his leadership bid by claiming the new PM might not be able to start renegotiating with the EU until November 1 because its new Commission only starts then.

What happened at the ITV debate?

The two men fighting to become Tory leader went up against each other in a head-to-head clash over Brexit, benefits and Donald Trump.

Johnson and Hunt both vowed they would keep hated Universal Credit if they became PM – but the underdog hinted he would cut the five-week wait for cash.

Both of them committed to keeping the flagship welfare policy in place if they made it into Downing Street in just two weeks time.

However, Mr Hunt, the underdog in the contest, admitted it had "teething problems" and said: "We need to deal with the five-week wait which has caused a lot of distress".

The Department for Work and Pensions insists that no Brit has to wait five weeks for their first payment as they can get an advance of up to 100 per cent as soon as they apply.

Both candidates said they intend to leave the UK by October 31.

But Johnson seems more likely to push through a No Deal Brexit than Hunt.

However Johnson denies there will be a "disorderly" Brexit and promises to avoid a no deal. 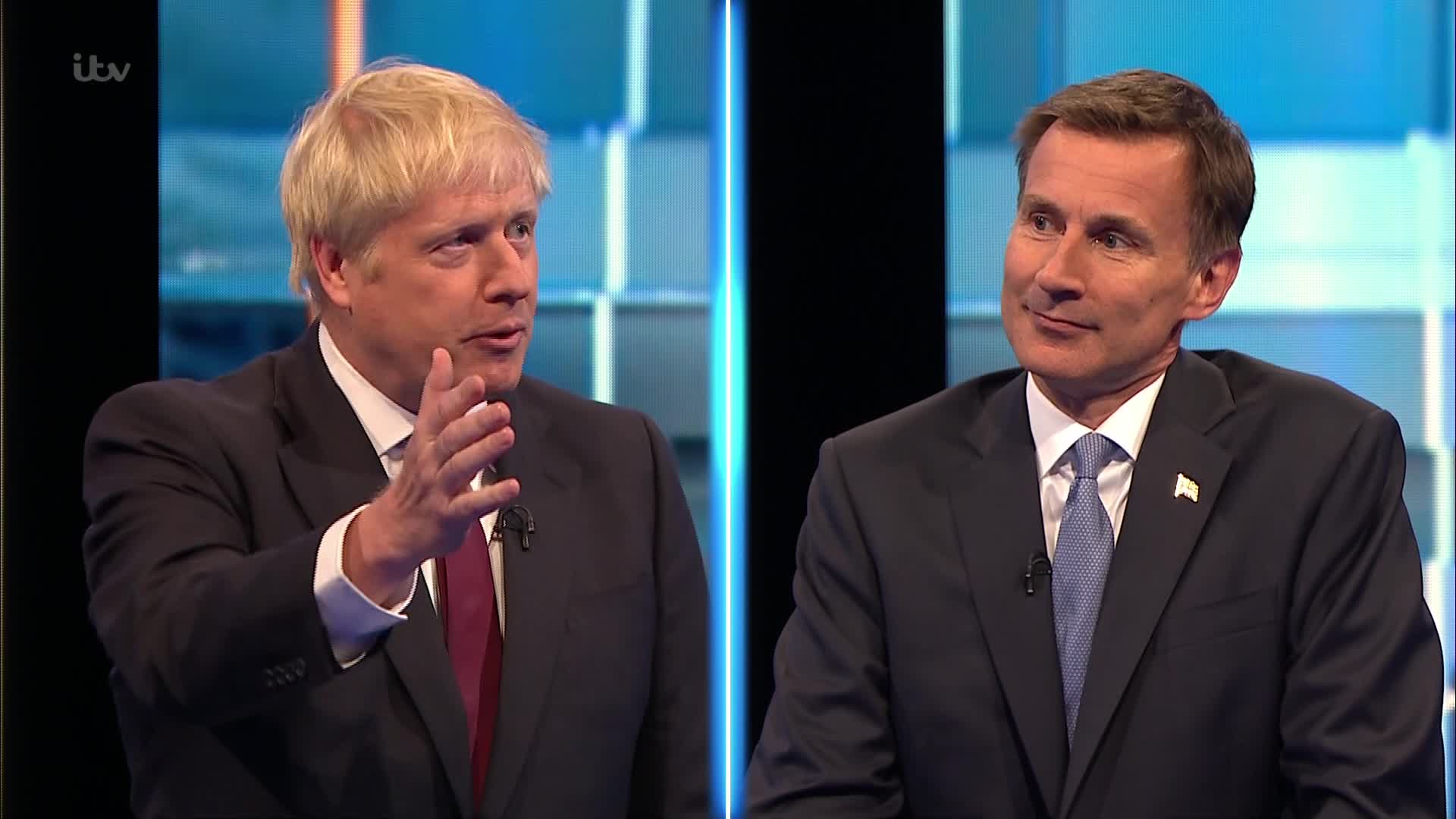 Hunt says it will be "very serious" if a No Deal is necessary, and says he has a ten-point Brexit plan to avoid that outcome.

Johnson however wants to prepare for No Deal and claims we will have £39billion to spend on it.

Hunt told Donald Trump his comments about Theresa May were "unacceptable".

Johnson says he has a strong relationship with the White House, but didn't give a conclusive answer about the president's comments.

Hunt would not sack the UK ambassador to the US, Sir Kim Darroch, as a reaction to Trump saying he wouldn't deal with him, meanwhile Johnson would not answer the question.

Why did Theresa May resign?

Theresa May stepped down as Tory leader without delivering Brexit and with her party on the verge of extinction.

May claimed she had done all she could to take Britain out of the EU with a deal, saying: "Ever since I first stepped through the door behind me as Prime Minister, I have striven to make the United Kingdom a country that works not just for a privileged few, but for everyone. And to honour the result of the EU referendum.

"If you give people a choice you have a duty to implement what they decide. I have done my best to do that.

"Sadly I have not been able to do so. I tried three times – I believe it was right to persevere even when the odds against success seemed high."

May survived a vote of no confidence in December 2018, but repeated thwarted attempts to pass her Brexit deal left her without authority.

May will remain as Prime Minister until a new party leader is announced in the week beginning July 22.