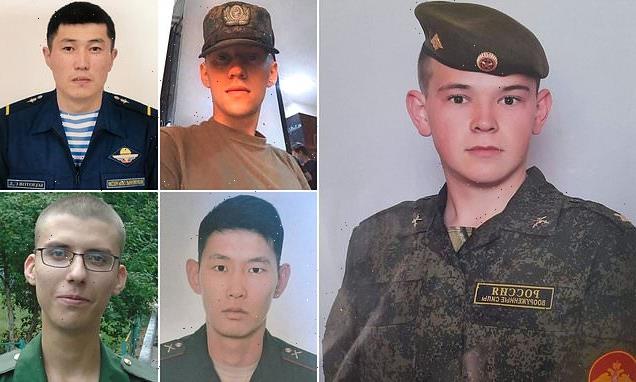 Russians are for the first time expressing their open outrage and anguish at the catastrophic death toll of Vladimir Putin’s troops – especially among young ‘cannon fodder soldiers’.

They are speaking out online despite the threats of severe punishment for doing so.

Putin’s invasion has suffered another blow after it was revealed on Friday his force’s death toll rose to 19,000, according to Kyiv’s estimates.

One case that hit home with Russians was the death of tank driver Alexei Veselkov, one of thousands sent to die in Ukraine by Vladimir Putin.

Aged 24, he married in June 2021, and his daughter was born last month – shortly before he was killed. He never saw the child.

‘God, it’s unbearable to see and read this,’ noted Natasha Ilina. ‘So young and they haven’t even seen their children. Eternal memory.’ 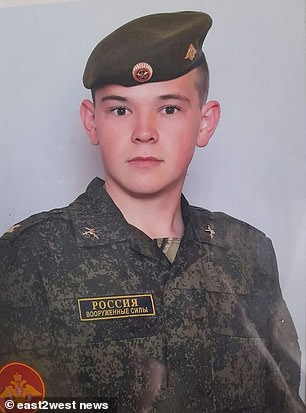 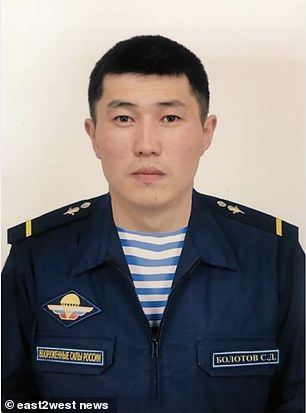 One case that hit home with Russians was the death of tank driver Alexei Veselkov, 24, (left) one of thousands sent to die in Ukraine by Vladimir Putin. The death of Corporal Solbon Bolotov, 26, (right) also sparked outrage

Another comment Elena said: ‘He looks 17. It’s so sad. So many of our men have died.’

One more comment asked: ‘Why are such young guys sent there?’

‘He’s such a child – when will this end?’ demanded a further Russian commenter.

Natalia Krainova said: ‘How do his family survive this grief? Who needs this [war]?

Olga Habibullovna implicitly criticised Putin, posting: ‘Why are we sending such young Russian men there?

‘Who will bring these guys back to life? Condolences to his family and loved ones. Eternal memory.’

Another simply said: ‘When will all this nightmare end?’

When she read about the death of Roman Sadykov, 25, Elena Tushich posted: ‘This is the third obituary in an hour in [my] feed.’

Tamara Darmaeva added her voice: ‘Condolences to the family. It’s so sad for our young boys. How much longer will they die?’

Vera Kazachenko asked plaintively: ‘How many more will die before this war is over?’ 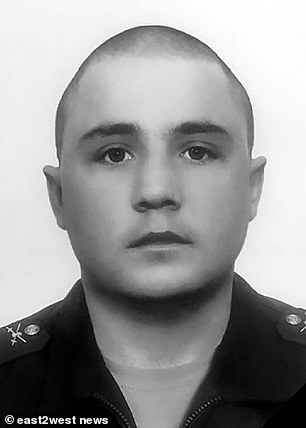 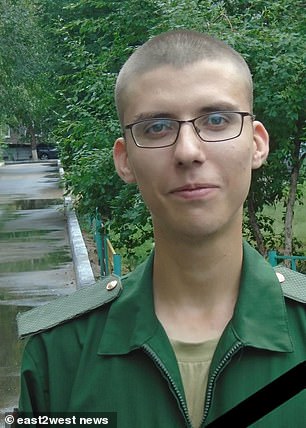 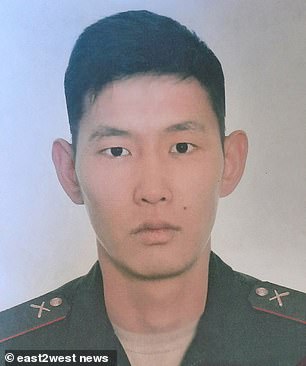 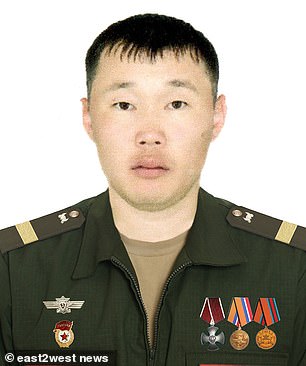 Arsalan Togmitov, 24, a private, was buried this week after being slain in Ukraine whilst Senior sergeant Namzhil Sangadiyev, 38, died in Ukraine

Marina Dengina vented her fury, saying: ‘When will it finally end? It’s so painful to read about these newly perished men. New faces every day.

‘We are losing handsome, strong and manly guys with kind eyes. Eternal memory to you, hero! Sincere condolences.’

The death of Dmitry Kozubenko, 21, led to a comment from Larisa Sundupova-Namsaraeva saying: ‘When will this end, so sorry for such young men?

‘They had all lives ahead, my heart is aching for them.’

Tatyana Geninova added: ‘If it was a time of peace, they would have lived until they had grey hair, raised their children and saw their grandchildren.’

Valentina Kiryaeva said: ‘He’s still a boy. Why are such young sent to war? He never saw life, and now he will not know it.’

Arsalan Togmitov, 24, a private, was buried this week after being slain in Ukraine.

Maxim Grudinin posted: ‘So many of our men are dying.’

And Aryuna Batueva said: ‘I’m endlessly sorry that our young are dying. Condolences to the family. May this end soon.’

The death of senior sergeant Namzhil Sangadiyev, 38, prompted outrage. Alexey Sayanov commented: ‘Our land has lost so many sons, we’re praying he’s the last one in this list. Condolences to the family and loved ones.’

Another fallen senior sergeant Zhargal Dashiyev, 38, prompted this from Svetlana Potemk to asked: ‘When will there be the end to this war?’

About Corporal Solbon Bolotov, 26, Natalya Seleznyova pleaded: ‘God, when will this end..?’ 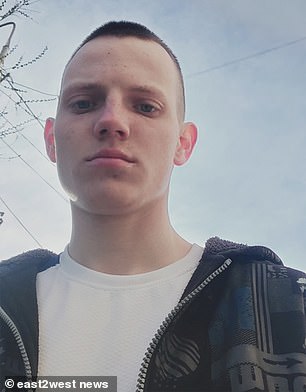 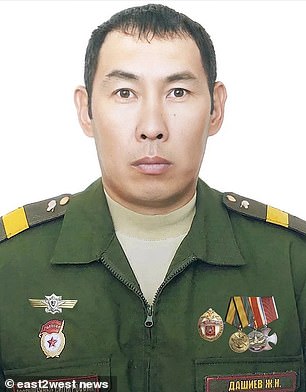 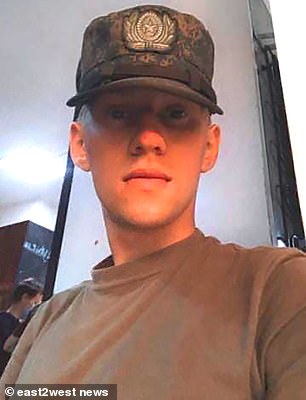 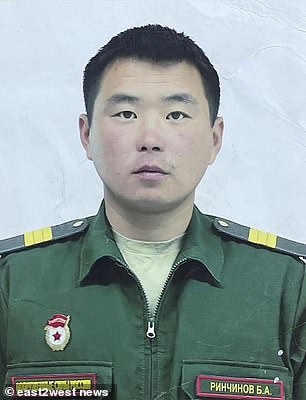 A similar comment from Kseniia over the death of tank driver Bair Rinchinov, 32, asked: ‘How many sisters, wives and mothers cry every day…

Other comments said: ‘He shouldn’t have gone to Ukraine’, ‘There are no more tears left due to such news’, ‘It’s impossible to see young handsome men who are no longer here’.

The death of Maxim Bolshakov, 22, from Ulan-Ude, the hardest-hit Russian region for casualties, prompted outrage from Tsyren-Dulma Ayusheeva: ‘I am only sorry for peaceful Ukrainian people and our military who are dying because of politicians making money in this so-called military operation.

‘This is a war, not something else…When will this be over?’

Lates News:
2022-04-11
Previous Post: ‘Clock is ticking!’ Sunak under pressure to become different sort of Chancellor or resign
Next Post: No thanks! EU humiliated as just 20% in Serbia want to join – Brussels superstate unravels