The ballot turned the two-party system on its head, offering Mary Lou McDonald’s left-wing party a wedge between the big beasts of Fine Gael and Fianna Fail. Irish voters flocked to Sinn Fein, who won the popular vote but failed to secure a majority, showing they are hungry for a change from the long-established two-party system between the two centrist groups. Ms McDonald wasted no time in getting down to business, reaching out to several potential coalition partners in an effort to scrape together the 80-seat threshold needed for a majority in the Dail, Ireland’s parliament.

On Wednesday she will hold crunch meetings with smaller parties but it remains doubtful she can reach the magic number.

If she managed to pull it off it would be no small feat, as it would be the first time in more than 90 years when either Fianna Fail or Fine Gael was not in power.

Already, she has spoken to Labour, the Greens, the Social Democrats and Solidarity/People Before Profit as well as a number of independent TDs (members of the Dail).

But rather than a left-wing coalition, a more realistic option is a pact between Fianna Fail, Sinn Fein and the Green Party, which scooped up 12 seats in the February 8 public ballot. 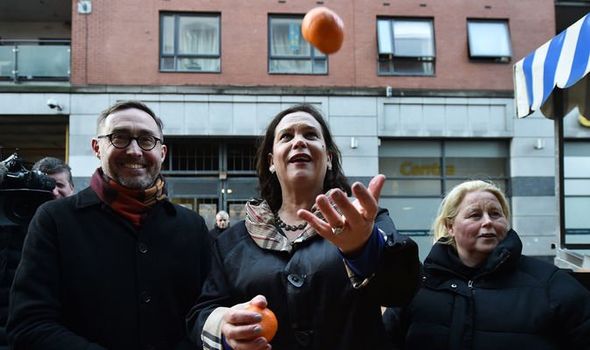 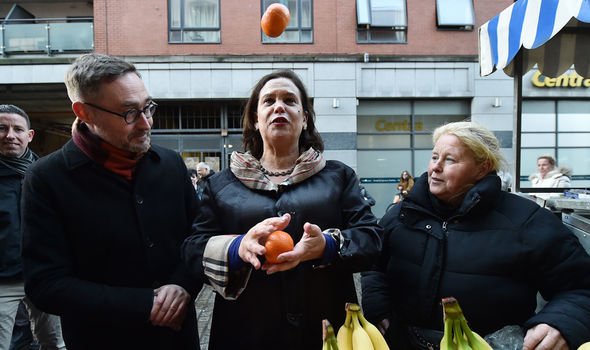 Speaking on Tuesday, Sinn Fein TD and newly appointed head of the party’s negotiations team Pearse Doherty said: “We have reached out to the Social Democrats, the Green Party, People Before Profit and Labour.

“Mary Lou will begin that process tomorrow by meeting with a number of those parties.

“We have said consistently we will meet with all parties to look at delivering real change for people. 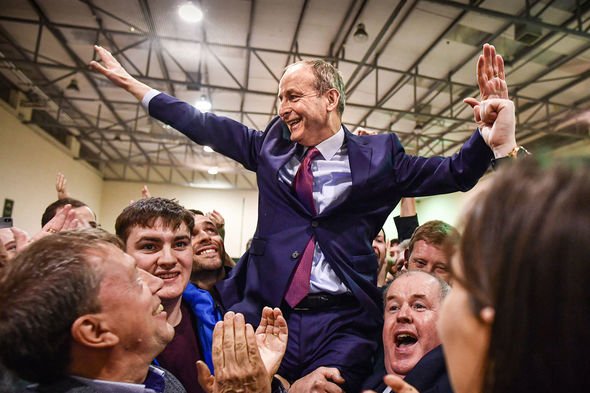 “Some of those meetings are scheduled to take place tomorrow.”

While Fianna Fail leader Micheal Martin ruled out working with Sinn Fein during the election campaign, his stance appears to have softened since his party finished with 38 seats.

Although his group came in ahead of Sinn Fein – which mopped up 37 seats – both parties essentially “won” as the Fianna Fail speaker was re-elected without contest. 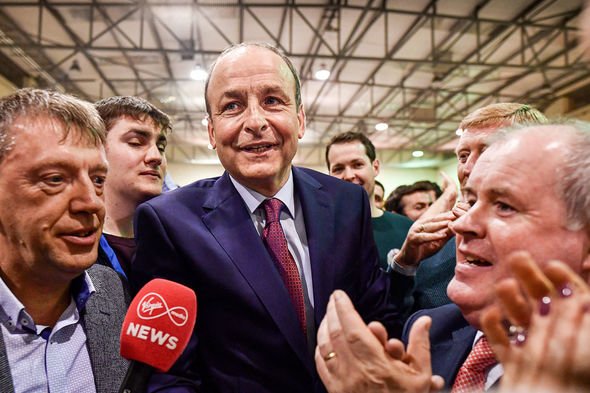 Mr Varadkar’s Fine Gael was the big loser, recording the second-worst result in its history, winning only 35 seats having entered the campaign as the largest party on 47.

This week Mr Martin predicted that forming a government with Ms McDonald would be “very challenging” and said there was “serious incompatibility between ourselves and Sinn Fein”.

However, he added: “But what is important, is that the country comes first.”

Ms McDonald has demanded a border poll within five years as a pre-condition for entering government. 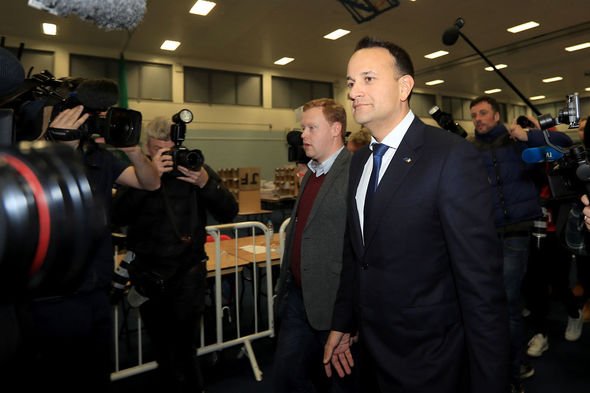 Leader of the Democratic Unionist Party (DUP) Arlene Foster has rejected a vote on the reunification of Ireland.

She tweeted: “Irrespective of the view in Dublin or Brussels, a border poll can only be called by SoS if it appears likely to secure a majority in Northern Ireland.

“No such circumstances exist in Northern Ireland.” 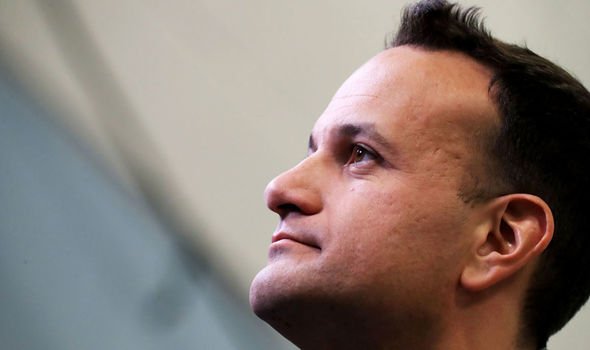 Mr Varadkar has maintained his pre-election stance and ruled out any Fine Gael/Sinn Fein coalition.

Another permutation could see the exclusion of Sinn Fein, with Fine Gael and Fianna Fail entering power together in a so-called “grand coalition” with another smaller party or grouping.

But analysts say the chances of this happening looks increasingly unlikely.