A post-mortem examination has been completed of the remains of missing Dover Heights fraudster Melissa Caddick but it is uncertain what conclusions have been drawn due to their condition, a Federal Court hearing has heard.

Ms Caddick, who was 49 when she went missing, is accused of running a Ponzi scheme in which she misappropriated more than $23 million from investors, most of whom were family and friends. 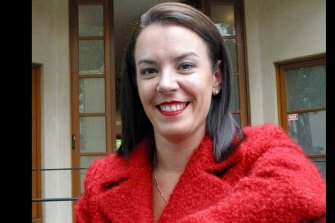 She disappeared on 12 November 2020 only hours after the Federal police executed search warrants at her Eastern suburbs home on behalf of the corporate regulator ASIC.

On 21 February a running shoe containing partial human remains was found on a remote South Coast beach. DNA tests confirmed that the remains were those of Ms Caddick.

Last month her family held a funeral service for Ms Caddick at a crematorium in Matraville.

“The post-mortem has been completed however the pathology reports are not available yet and it is unclear at this stage if the pathologist can determine the condition of the remains,” said ASIC investigator Isabella Allen in an affidavit dated 17 May which was tendered in the Federal Court on Tuesday. 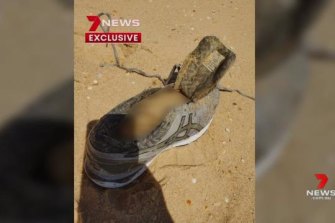 Six NSW police officers have been working on a brief for the NSW Coroner, her affidavit stated.

In an email to ASIC investigators, Detective Sergeant Michael Foscholo from Paddington police said that due to the amount of evidence which had to be collected, it was unlikely that the police would be able to deliver their brief to the coroner by 17 June, as had been planned.

The detective’s email, dated 17 March and tendered in court, also said it was not clear whether the Coroner would order a coronial inquest.

In a brief court hearing on Tuesday it was foreshadowed that there was likely to be a “contest” between competing creditors in relation to Ms Caddick’s estate.

Ms Caddick’s parents, Ted and Barbara Grimley, have placed caveats on the Edgecliff penthouse their daughter purchased for $2.55 million in 2016. The deposit and subsequent mortgage payments were derived from the proceeds of Ms Caddick’s crimes.

The Grimleys claim they gave their daughter $1.1 million from the sale of their previous home in Connells Point home to reduce the mortgage on the property. They also had a written agreement with their daughter they would have a life tenancy.

However, the court will have to decide whether the Grimleys should be treated similarly to other victims as the $1.1 million they gave to their daughter was used by her to maintain her extravagant lifestyle.

Ms Caddick had been facing 38 criminal charges relating to falsely claiming she had a financial services licence and fraud-related offences. The corporate regulator withdrew the criminal charges in order to allow the civil proceedings against Ms Caddick and her company, Maliver, to take precedence.

ASIC has previously told the court it reserved the right to re-issue the criminal charges should Ms Caddick reappear.

The matter will return to court at the end of June.