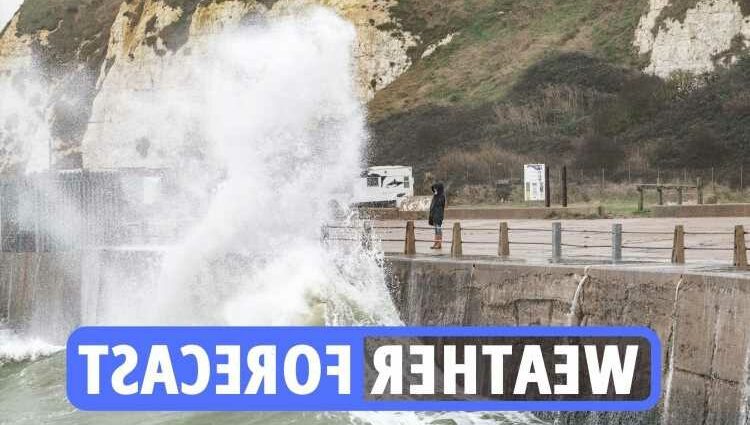 THUNDERSNOW is expected to hit Britain in the coming days as an Arctic blast edges closer – bringing with it heavy rain, gale force winds and a risk of flooding.

Met Office forecaster Graham Madge said the weather phenomenon would be caused by a cold front arriving from the west and hitting ground that has been warmed by unseasonable temperatures.

Forecasters said brief power cuts are possible due to lightning strikes, while icy conditions are likely to cause travel disruption – while there are heightened fears of "temporary blizzard conditions" on some roads in higher areas.

Brits have been freezing this weekend with the mercury expected to drop at nighttime and snow falling in the north.

Read our weather live blog for the latest news and forecasts