Strong winds will sweep across Britain with heavy showers which could bring 120mm of rainfall in exposed areas. The Met Office’s rare amber weather warning for rain has predicted flooding in some parts of the UK as travel disruption and power cuts are likely.

Yellow weather warnings for rain have also been issued for many parts of the UK down the central line of the country.

The Met Office said “fast flowing or deep floodwater is likely, causing danger to life” in areas where the amber warnings are in place.

Homes and businesses are also likely to flood due to severe rain. 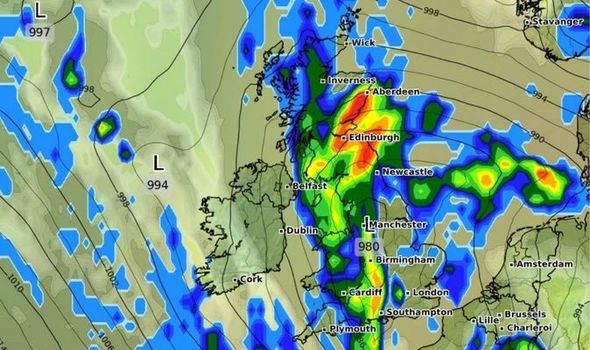 Aidan McGivern, Met Office Meteorologist, said: “It’s going to be a very wet weekend with some places wet enough for an amber warning to be in force.”

He added: “It was southern parts of the country that bore the brunt of Storm Alex earlier on Friday.

“That’s moving away but at the same time areas of rain pushing up from the continent and spreading their way westwards across the UK as we start of the weekend.”

Temperatures are expected to reach around 11 to 13 Celsius at the highest on Saturday. 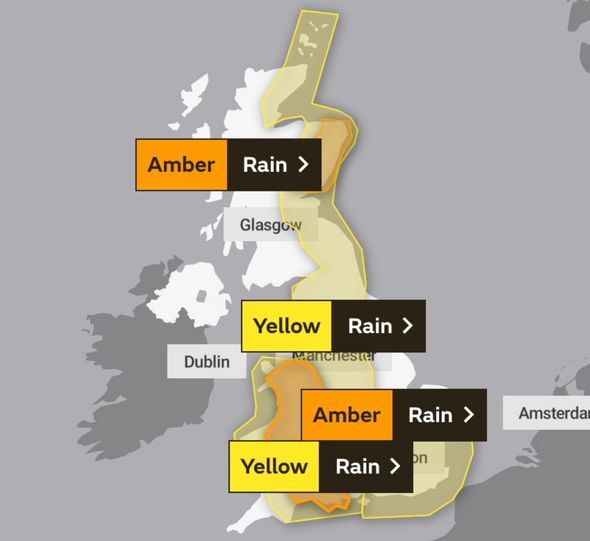 Mr McGivern said: “A driving wind from the north east will make it feel cold under that wet weather.”

But some areas could see a touch a sun in the east of England.

Mr McGivern added: “It does brighten up and dry up across East Anglia in the south east by Saturday afternoon.

“So it’s not going to be wet all day here just a few showers and perhaps even some sunny spells.” 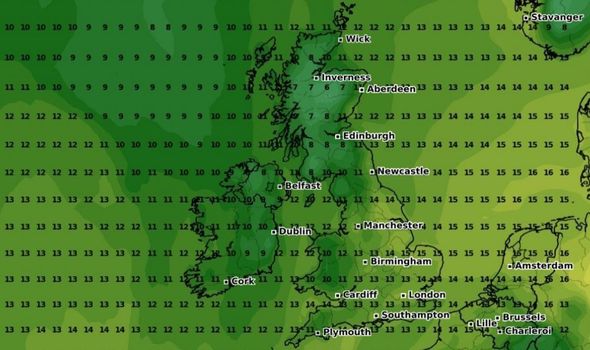 The rainfall on Saturday afternoon will be particularly heavy in eastern Scotland and much of western England.

Rainfall is expected to reach 50 to 70mm, but in exposed hills it could hit 120mm, according to the Met Office.

The rain will be heavy enough to cause travel and power disruptions as well as localised flooding.

Carol Holt, Flood Duty Manager at the Environment Agency, said: “Widespread and persistent heavy rain is likely to lead to flooding for some areas over the weekend.” 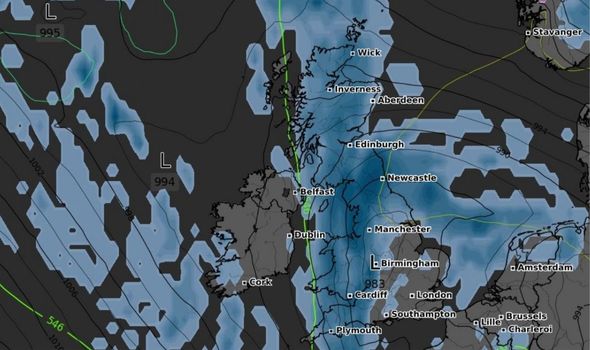 She added: “Environment Agency teams have been working hard to clear grills and weed screens in areas which may be affected.

“We urge people to stay away from swollen rivers and not to drive through flood water – it is often deeper than it looks and just 30cm of flowing water is enough to float your car.”

Sunday is forecast to be cloudy with more outbreak of rain as low pressure continues to sweep over the UK.

Storm Alex was named by French forecasters and has brought gusts of up to 115mph in Brittany this week.

The Met Office has urged local residents to “be prepared” in areas where amber warnings are in place.