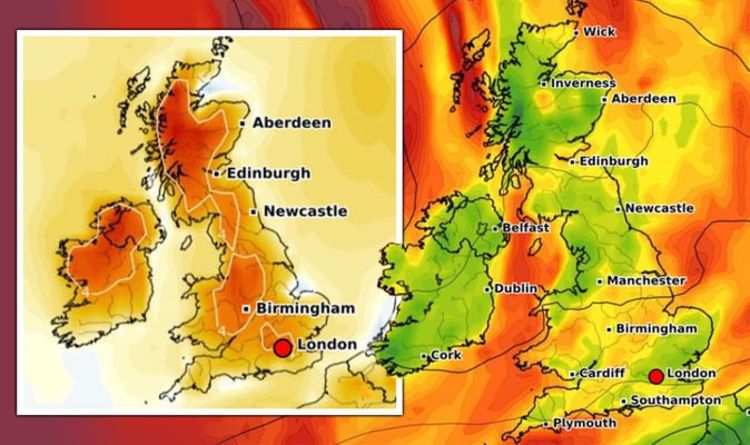 BBC Weather: Temperatures set to rise in parts of the UK

The BBC also predicted a potential heatwave gripping the nation as the hot air sweeps the nation. Brian Gaze, a forecaster at Weather Outlook, shared his latest temperature charts, which he said showed potential highs of 30C hitting southern regions at the start of July. He said: “There is a chance of between 20 and 30 percent of 30C being reached in the south of the UK on or before July 13.

“There is a clear warming trend showing.

“The number of dark reds which are forecasting maximums of between 26C and 30C increases in early July.

At the moment, the heat maps from Netweather show temperatures soaring to a scorching 22C in London and Kent on Wednesday, July 7. 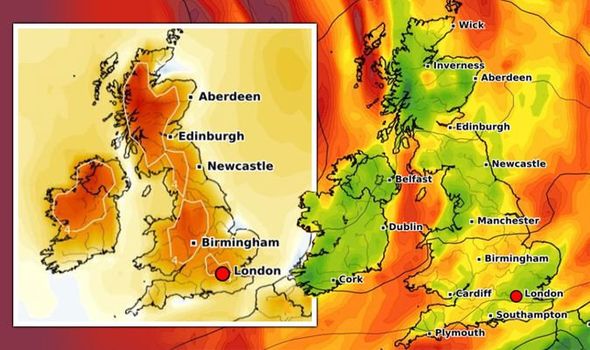 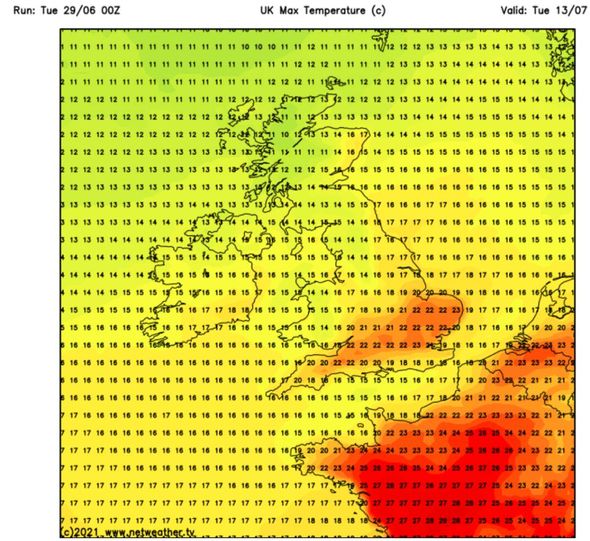 Highs of 22C could linger and push upwards to Essex, Cambridge, and Peterborough, later on Tuesday, July 13.

Nottingham could also bask in 20C, while Newcastle and Leeds see 18C.

Netweather’s forecast for July also said the hot air could come from the Azores.

The forecast from Monday, July 12, to Sunday, July 18, said: “There is a general signal for above average pressure during this period, while pressure is expected to stay relatively high to the north of Britain and over Scandinavia.

“This suggests that we may see high pressure ridge north-eastwards from the Azores and link with the Scandinavian high, covering much of the British Isles.

“This points towards drier and more settled conditions generally for much of the UK, and probably a fair amount of sunshine for most.”

The BBC’s long-range forecast between Monday, July 5, and Sunday, July 11, added a heatwave could sweep the nation as high pressure develops.

The forecast said: “From the middle of July onwards, we should have less frequent rain with dry spells and slightly higher temperatures. 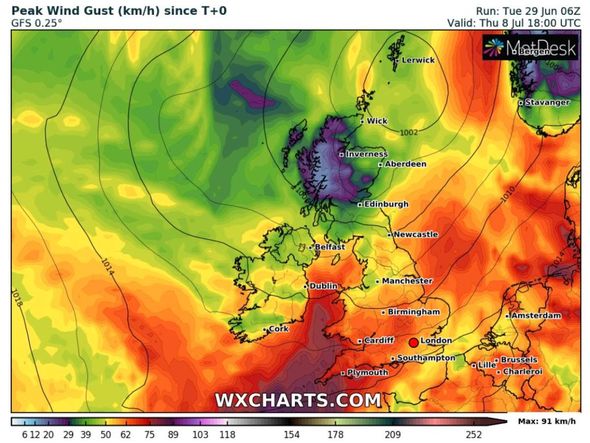 “High pressure could build more strongly in the vicinity of the British Isles and produce drier and warmer conditions rather widely.

“There are certainly some computer model evolutions that suggest this is possible but there are in a minority at the moment, and it is about a 30 percent chance.

“Indeed, models have been keen on building quite strong high pressure over and around Scandinavia through the middle of July, which would be a very warm pattern with chances of heatwaves developing.”

The Met Office also predicted temperatures to soar “above normal” over the coming weeks. 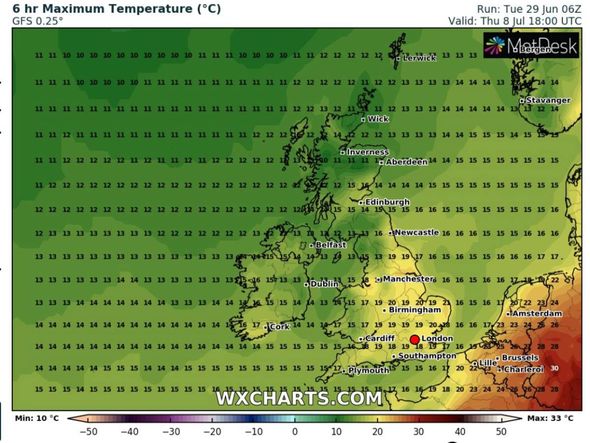 The forecast between Monday, July 12, and Tuesday, July 27, said: “Temperatures are likely to trend above normal, notably across some parts of the northeast.

“Winds remaining light to moderate for most, though possibly strong in the west at times. As is typical for the time of year, confidence is relatively low for this period, though the emphasis is for a lot of fine and dry weather for the rest of July.

“Occasional spells of rain are possible for northwestern areas, whilst there is a very low risk of thundery conditions at times, especially in the south.

“Temperatures are likely to be above average throughout, which increases the possibility of some very warm or hot spells occurring.”