President Trump on Tuesday continued to downplay the threat of the coronavirus after his release from the hospital while still under treatment for COVID-19, asserting that the virus that has killed more than 210,000 Americans is “far less lethal” than the seasonal flu “in most populations.”

“Flu season is coming up! Many people every year, sometimes over 100,000, and despite the Vaccine, die from the Flu,” Trump tweeted on Tuesday morning. “Are we going to close down our Country? No, we have learned to live with it, just like we are learning to live with Covid, in most populations far less lethal!!!”

And comparative fatality figures don’t tell the whole story. There is increasing evidence that some number of coronavirus survivors have symptoms including fatigue, cough and cognitive problems that last for months, and organ damage that may be permanent. Those complications generally do not arise in people who recover from the flu.

On Monday night, the president returned to the White House after a 72-hour stay at Walter Reed Military Medical Hospital for coronavirus treatment. Since testing positive for COVID-19 late last week, Trump has received an experimental antibody cocktail along with the antiviral remdesivir and the anti-inflammatory steroid dexamethasone.

In announcing his pending departure from the hospital, Trump tweeted, “don’t be afraid of Covid. Don’t let it dominate your life.” He later posted a video to Twitter doubling down on that message, adding: “Now I’m better, and maybe I’m immune, I don’t know.” In reality, Trump likely remains contagious, and researchers have not yet concluded whether infection with coronavirus conveys lifelong immunity from re-infection.

As of Tuesday morning, at least 210,196 Americans have died from complications related to COVID-19, none of whom received near the same level of medical care that the president received at Walter Reed. 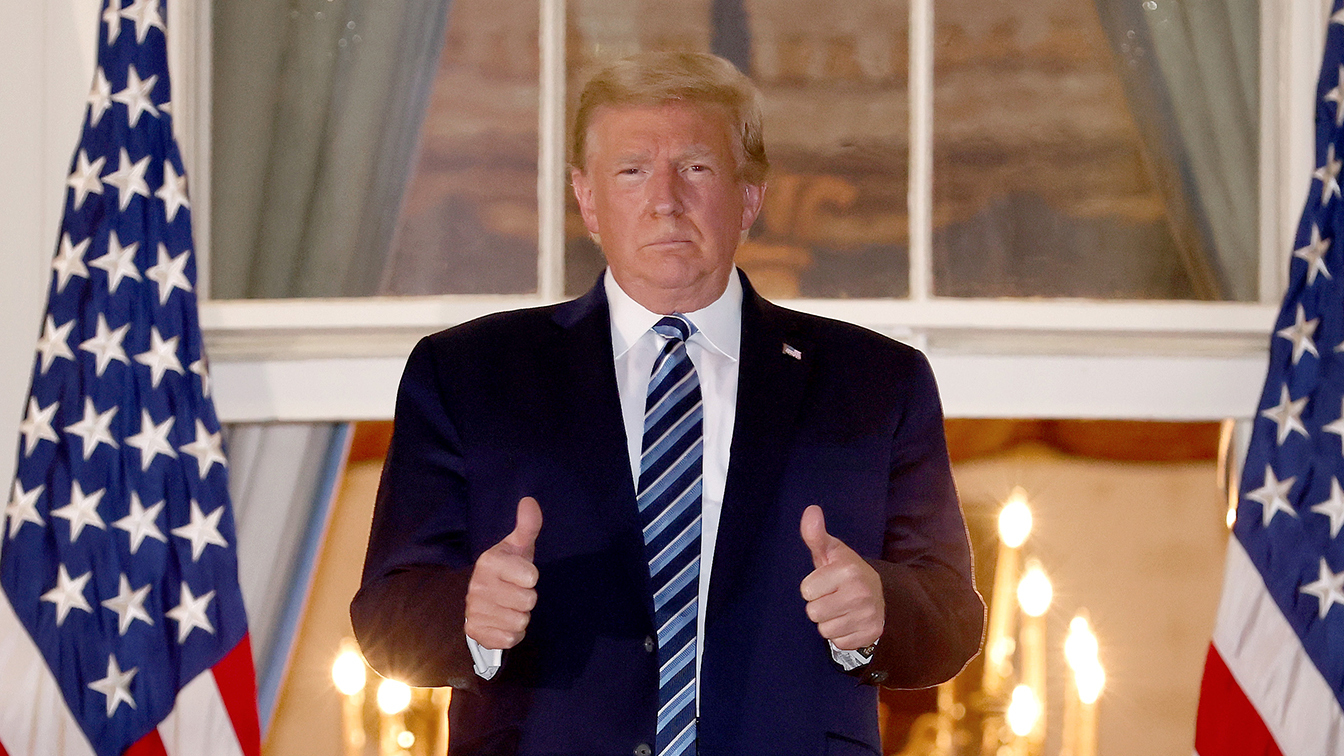 Trump has long sought to publicly downplay the severity of the coronavirus while privately acknowledging its threat.

In an interview with Bob Woodward on Feb. 7, Trump told the journalist that he knew the virus was “more deadly than even your strenuous flus.”

“You just breathe the air and that’s how it’s passed,” Trump said, adding: “This is deadly stuff.”

But in a tweet on March 9, the president expressed the opposite view.

This was an effort, White House press secretary Kayleigh McEnany explained after excerpts from Woodward’s book appeared, to avoid creating a “panic.”

McEnany disclosed on Monday that she, like more than a dozen other people who have been in contact with Trump over the last week and a half, has tested positive for the virus.