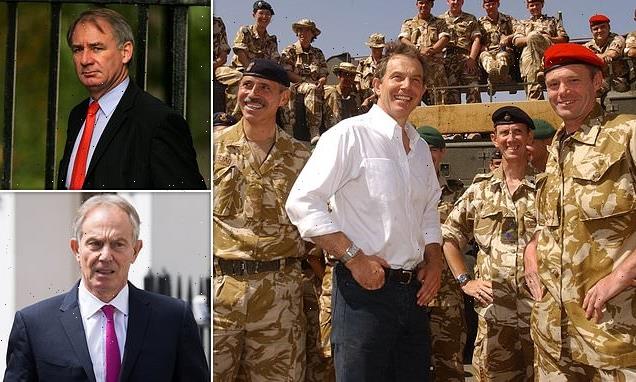 The campaign to strip Tony Blair of his knighthood was boosted last night by devastating allegations from his own defence secretary.

Geoff Hoon says he was ordered by Downing Street to burn a secret memo that said the 2003 invasion of Iraq could be illegal.

When the claim emerged in 2015, Sir Tony said it was ‘nonsense’. But Mr Hoon, who was in charge of defence when the war started, insists the allegation was true and he has now given a sensational blow-by-blow account of a No 10 ‘cover-up’.

He says his principal private secretary was told ‘in no uncertain terms’ by Jonathan Powell, Sir Tony’s chief of staff, that after reading the document he must ‘burn it’. Mr Hoon said the MoD mandarin was deeply alarmed by the order – and they defied Downing Street by locking the memo in a safe instead. He also: 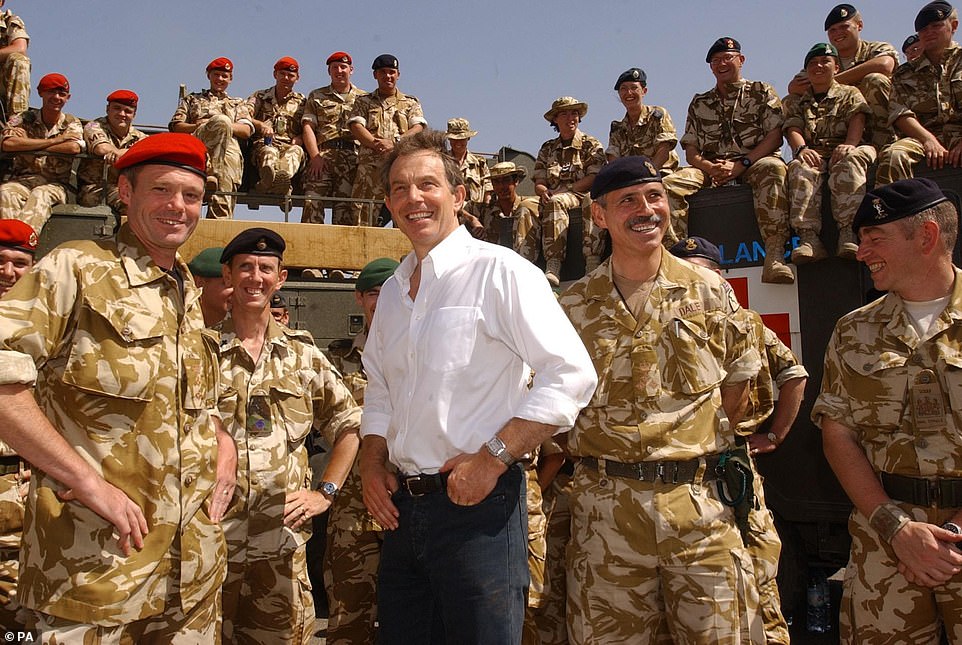 Sir Tony Blair meeting troops in the port of Umm Qasr, Iraq in 2003. Geoff Hoon says he was ordered by Downing Street to burn a secret memo that said the 2003 invasion of Iraq could be illegal

The allegations came as the number of people who have signed a petition calling for a U-turn on the former Labour prime minister’s honour approached 600,000.

The Queen has made him a knight companion of the Order of the Garter, Britain’s oldest order of chivalry.

The onslaught from Mr Hoon in his memoir, See How They Run, is all the more damaging because he was one of Sir Tony’s closest personal and political allies. He describes his shock at being told to destroy secret advice from attorney general Lord Goldsmith on the legality of the war in the run-up to the conflict. It was later revealed that Lord Goldsmith said the war could be illegal. Days before fighting began, he changed his mind and said it was legal.

The official Chilcot report on the Iraq War delivered a devastating verdict in 2016 about the handling and presentation of intelligence and the justification for military action.

It raised serious questions about the way Lord Goldsmith hardened up his legal advice days before the war started – after the circulation of the memo that Mr Hoon says he was told to burn.

The inquiry ‘concluded that the circumstances in which it was decided that there was a legal basis for UK military action were far from satisfactory’.

Human rights lawyer Philippe Sands revealed the existence of Lord Goldsmith’s legal advice in his 2005 book, Lawless World. Professor Sands, of University College London, said yesterday: ‘When Lord Goldsmith wrote the legal advice warning that war in Iraq could be illegal, he can hardly have expected that those who received a copy would be told to “burn after reading”.

‘Yet Mr Hoon says that this is what he was told, offering further confirmation of what has long been known – ministers, parliament and the public were misled by Mr Blair into supporting a war that was seen by many as unlawful and a crime. In modern Britain, it seems, such a manifest act of wrongdoing does not preclude the offering of a high-level gong.’ 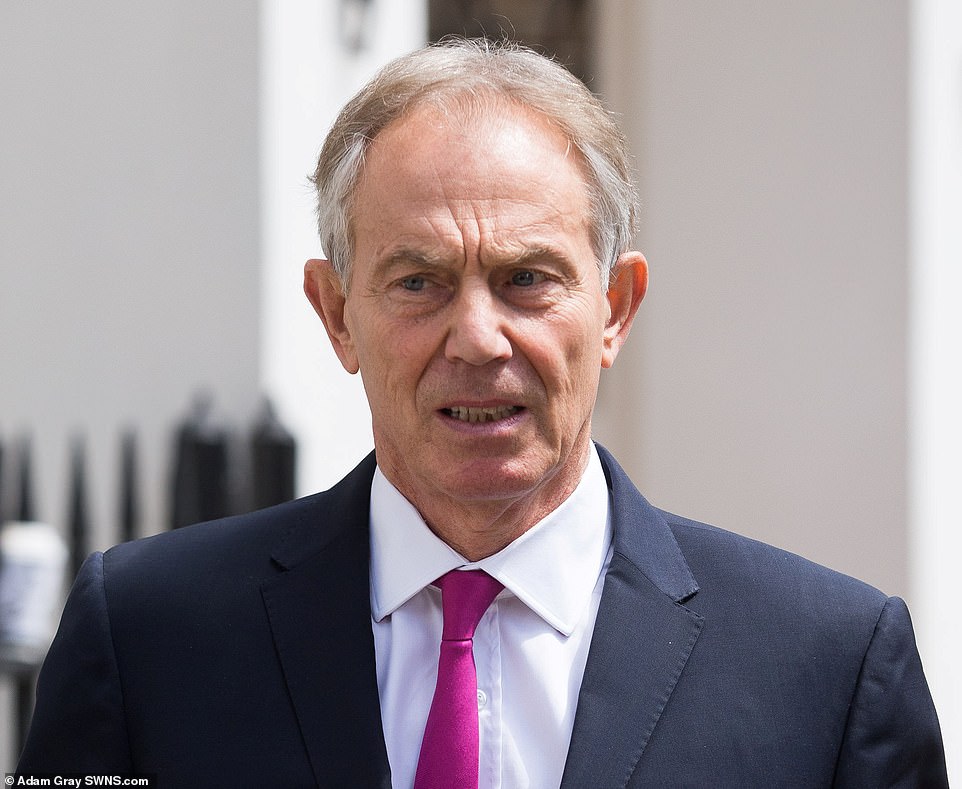 The onslaught from Mr Hoon in his memoir, See How They Run, is all the more damaging because he was one of Sir Tony’s (pictured) closest personal and political allies. He describes his shock at being told to destroy secret advice from attorney general Lord Goldsmith on the legality of the war in the run-up to the conflict

He said that months earlier he had sent copies of a separate ‘minute’ from Lord Goldsmith on the legality of the war to the Whitehall private offices of Mr Hoon and foreign secretary Jack Straw. At the request of Lord Goldsmith he had asked both to ‘destroy the minute – not burn it – and the attorney general’s advice came later’.

Mr Powell joined Sir Tony as chief of staff when he became Labour leader in 1995, took up the same role in No 10 when he became prime minister and stayed with him until he left Downing Street in June 2007.

In his memoir, which came out in November, Mr Hoon savages Sir Tony for sacking him in 2005 over the phone: ‘He was unable to give out bad news – even bad news of his own making. I always had doubts about his handling and treatment of people. I was hung out to dry. Tony never seemed bothered about who got which ministerial jobs.’

Lates News:
2022-01-04
Previous Post: ‘A matter for the Queen’ Boris deflects as Tony Blair knighthood viciously attacked
Next Post: ‘High priest and priestess’ step down after photo of them kissing sparks outrage