THREE young Brits have been detained over the death of a mum-of-four who was killed when she was hit by a speedboat propeller in Corfu.

Claire Glatman, 60, was swimming off the picturesque Avalaki Beach when she was struck by the boat which reportedly left the scene. 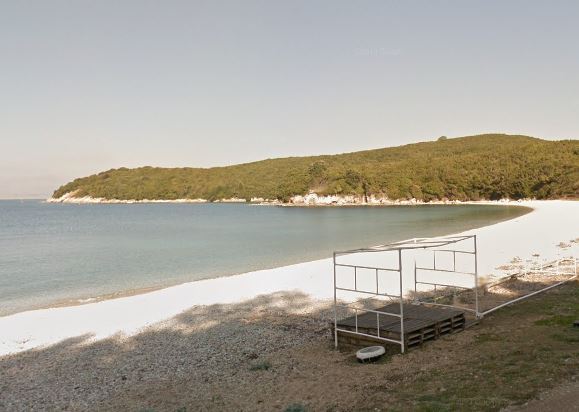 The mum-of-four, from Bedale, North Yorkshire, was found unconscious and bleeding out with serious injuries to her legs and arms.

Corfu authorities found the suspect boat dumped in a small marina on the island before tracking down the trio.

The three Brits, whose families reportedly have homes in the Ayios Stefanos area of the island, were detained last night and are being questioned over Claire's death.

One coast guard official told the Sun "inquiries are ongoing. They have not been formally linked to this tragedy."

Ms Glatman was reportedly a regular swimmer at the beauty spot and was well known among expat community in Corfu.

She regularly spent several months of the year at a family-owned villa, reports the Telegraph.

Local media reports the boat was dragging a water skier when it struck Claire at around 10am on Monday.

It is reported the boat passed over her at a high speed before changing direction and heading out into open sea.

Horrified witnesses on the beach saw what happened, with authorities crediting them with helping to "crack the puzzle".

Another speedboat from a local rental company reportedly hurried to help Claire.

The coastguard then arrived on the scene and she was taken to the port Imerolia before being taken by ambulance to Corfu Hospital – but it was too late.

A family lawyer was forced to recognise her body as her her husband was said to be too shocked to do so. 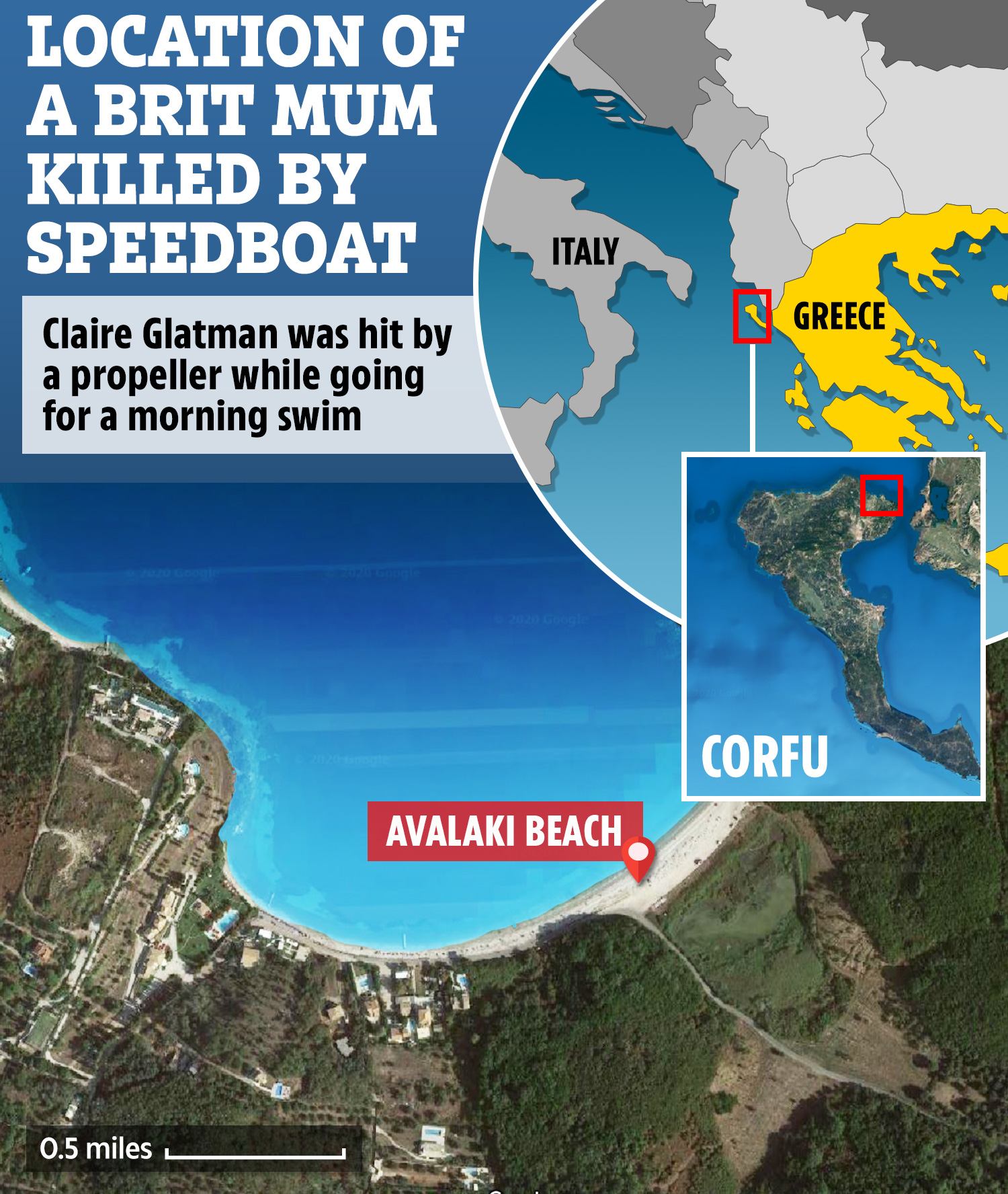 State-run TV described the local community in north eastern Corfu as being "totally stunned" by the horror story reporting that Ms Glatman was "much loved in the community."

Bibi Tyszkiewicz wrote on Facebook: “She was an absolutely lovely woman. Very much loved on this island.

"Thoughts to the family. This is a huge tragedy.”

Julie Evans added: “I’m so, so sorry, my thoughts are with her family, she was a very good and genuinely nice person. God bless, RiP.”

Another friend told the Telegraph Ms Glatman was an experienced swimmer and had a twin sister.

Ms Glatman reportedly is married to husband Mark, 63, and has two sons and two daughters, one of whom was on holiday with them in Corfu.

The couple reportedly fell in love with the area while on holiday there and purchased their villa seven years ago.

She was reportedly a trustee of the Hospital Of St Michael The Archangel in Bedale.

Ms Glatman is believed to have been swimming with a friend at the time, who escaped the impact.

A coastguard official said: “She lost so much blood from wounds sustained as a result of the propeller hitting her.

“There were wounds to her legs, arms and body.”

An autopsy will be conducted by the medical examiner at Corfu Hospital on Tuesday.

Greece currently has a travel corridor with the UK that allows tourists to go abroad without having to quarantine when they return to Britain.

Greece has so far only recorded 262 coronavirus deaths and 10,134 cases – but infections have been creeping up since the end of July.

The country recorded its highest daily figure on August 26 with 293 new infections.

It remains significantly below other popular holiday destinations however such as France and Spain, which are recording thousands of new cases daily.