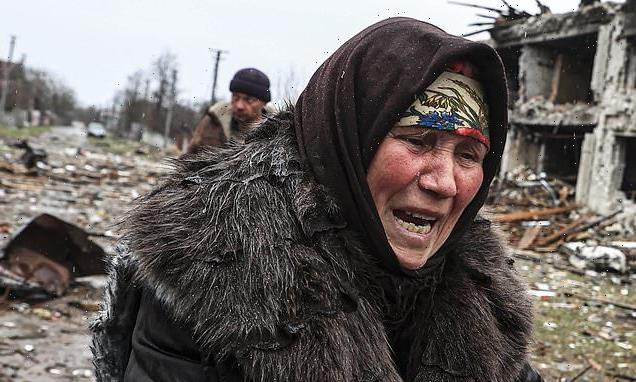 Tens of thousands of people were told to flee for their lives in eastern Ukraine last night as Russian forces rained down artillery fire ahead of a major new offensive.

Air-raid sirens rang out in the embattled city of Luhansk as the governor, Serhiy Gaidai, gave desperate families the order to abandon their homes.

Mr Gaidai said about 30 per cent of the area’s 400,000 residents had stayed in the area’s cities and villages despite being asked to leave.

‘They [Russia] are amassing forces for an offensive and we see the number of shellings has increased,’ he warned. 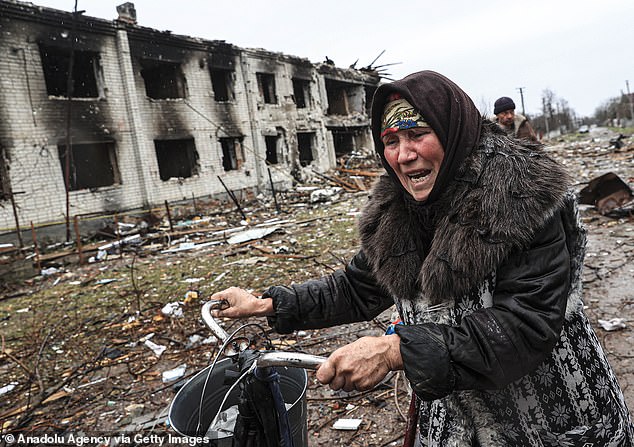 TRAUMATISED: A woman escaping the new Russian offensive in Ukraine

UK intelligence said Russian operations were focused on the south-eastern parts of the country, targeting Donbas, Mariupol and Mykolaiv.

The attacks were ‘supported by continued cruise missile launches into Ukraine by Russian naval forces’, according to the UK Ministry of Defence.

The scramble to leave Ukraine –where 10 million people have been displaced since Putin’s invasion – comes as British families ready to open their homes to Ukrainians refugees told of their frustration at visa requirements slowing down their guests’ arrival in the UK.

Louise Summers, 53, and her family from Tandridge, Surrey, have been paired under a refugee sanctuary scheme with a mother and two children from Kyiv who are currently in Poland waiting for their visas to be approved. ‘There seems to be a real lack of urgency,’ she said.

Tom and Jane Oakley and their four children from East London are still waiting to be matched with a refugee.

Mr Oakley said: ‘It seems like the UK need to step up a bit and do more, especially as countries such as Poland and Germany seem to be doing so much more.’ 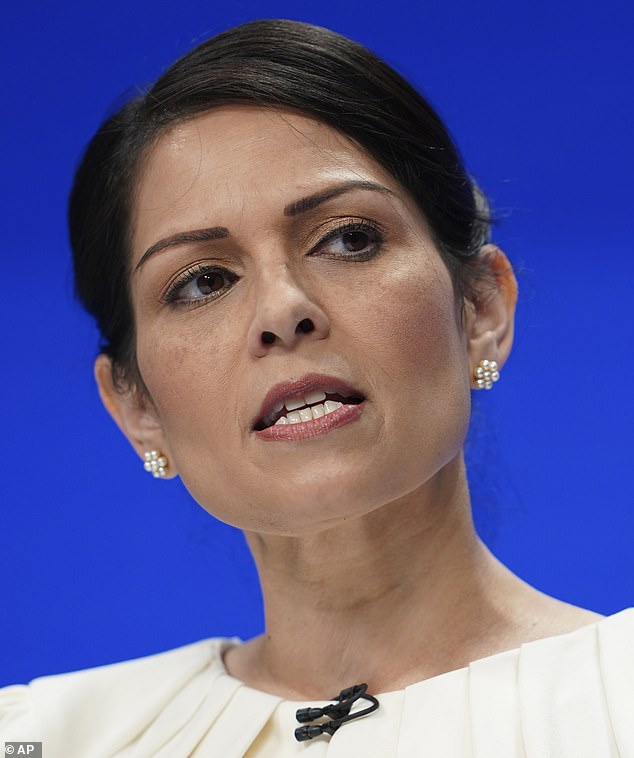 Just 1,200 refugees have arrived in the UK under the Homes for Ukraine sponsorship scheme, a tenth of the visas granted. Home Secretary Priti Patel has apologised for delays

Enver Solomon, CEO of the Refugee Council, said: ‘While the rest of Europe, including Ireland, has stepped up to take significant numbers of refugees from Ukraine, our response in the UK has been painfully slow.’

Just 1,200 refugees have arrived in the UK under the Homes for Ukraine sponsorship scheme, a tenth of the visas granted.

Some 20,525 Ukrainians have arrived in Ireland while the German government last week said it had accepted 300,000.

Poland has welcomed 2.5 million refugees in the last six weeks.