Paris: The French government is planning to use its time in the presidency of the European Union Council to oust English as the body’s most common tongue.

When Paris takes over the rotating presidency in 2022, French diplomats will conduct key meetings and working groups in French, with notes taken mainly in the language, and translations will not always be provided, an EU diplomat told the London Telegraph.

France will also dedicate more funding to giving out free language classes for diplomats who may wish to learn “la langue de Molière”. 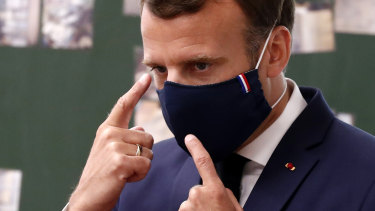 The move, while common during French presidencies of the council, takes particular significance at a time when the country is pushing to increase promotion of Francophonie as part of its cultural heritage, within EU institutions and beyond.

“Even though the French language is alive, flourishing and its teaching is developing around the world, it is at home within the European institutions that it suffers,” Clement Beaune, France’s minister for Europe, wrote in an opinion piece in April.

“In the commission, in the council, in the agencies, bodies and administrations, meetings are now too often held in English, giving rise to reports in English, even though this language is now no more than that of two member states,” he added. 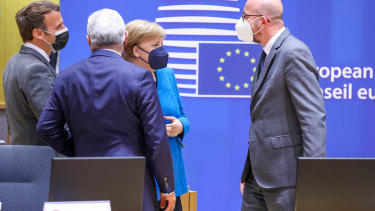 It is still the lingua franca – essentially, the working language – of most former French and Belgian colonies and Western and Central African countries.

It is one of the EU’s three working languages along with English and German, and one of 24 official languages. French used to be the dominant language of diplomacy in EU circles in the predominantly francophone city of Brussels where the EU Council is based, but the expansion of the bloc in 2004 to include eastern European countries such as Poland, Hungary and the Czech Republic meant a decline in its usage. 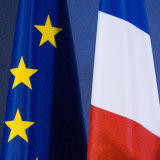 The EU and French flags.Credit:Bloomberg

Meanwhile the use of English – the most spoken language in Europe – rose in the corridors of EU institutions in the city, pushed by the large number of speakers of English as a second language and bolstered by the importance of Britain within the bloc.

But with Brexit leaving only Ireland and Malta as EU countries where English is an official language, its dominance could be at risk.

Around 80 per cent of staff of the European Commission, which represents the interests of the 27-member bloc, already spoke French as their first, second or third language as of 2020, according to the body.

Already, letters arriving from the European Commission in English go unanswered. “When a [French] commissioner receives a letter in English, we wait for the French version before we hand it over to Paris,” an EU diplomat said in French.

“We will speak French during the council’s working groups. Some of the working groups do not have translation systems. If something has not been understood, on the sidelines of the meeting we will explain it again. We are in Brussels; among the European civil servants there is a vast majority that speaks French.”

France is not the only country to conduct council meetings in its native language, but the practice had been fading over the years.