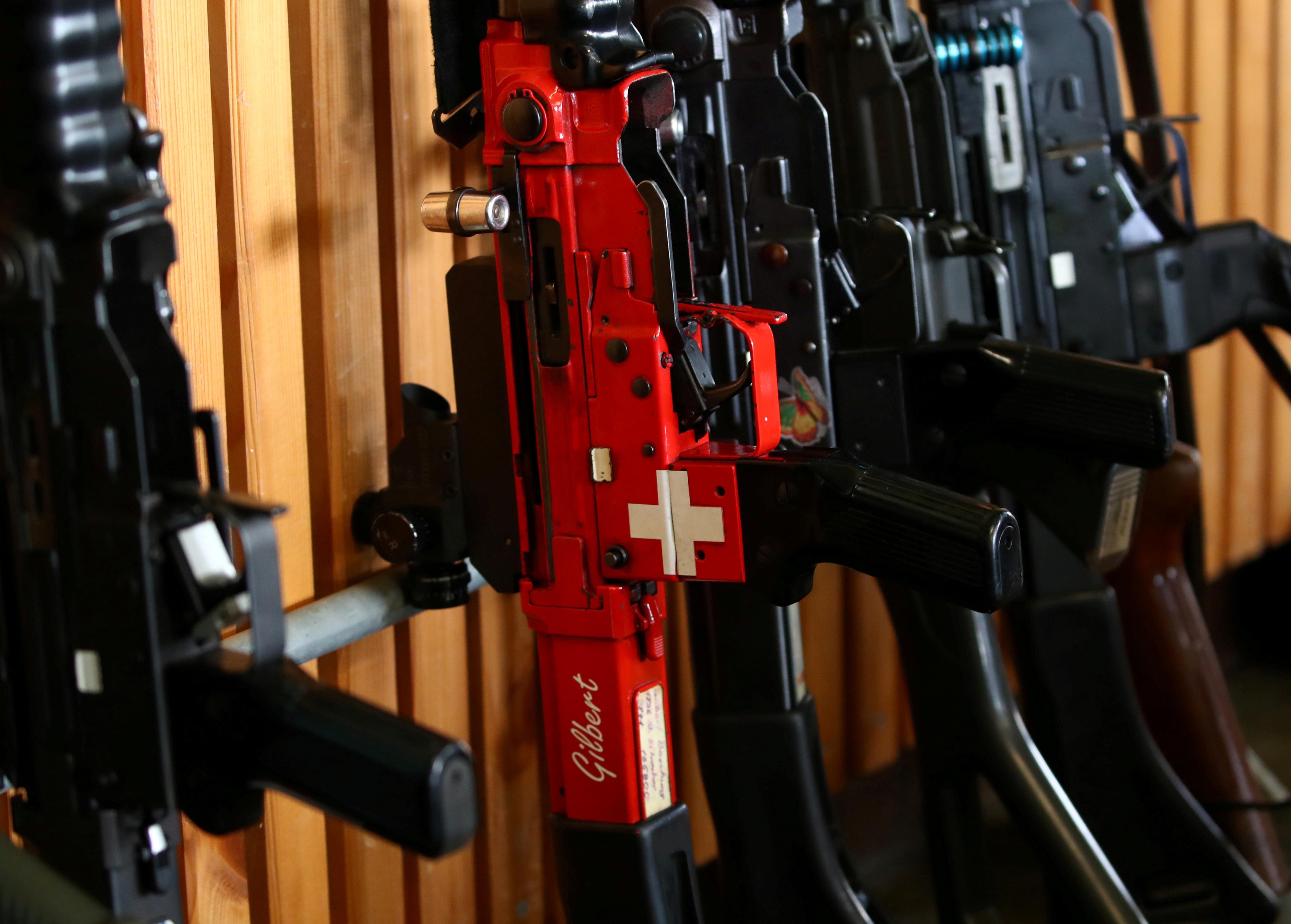 The projections from the gfs.bern polling outfit saw the measure passing in the binding referendum by a comfortable 67-33% margin.

The restrictions, which apply to non-EU member Switzerland because it is part of Europe’s Schengen open-border system, had raised hackles among shooting enthusiasts ahead of the vote under the Swiss system of direct democracy.

Failure to adopt the rules could have forced Switzerland to leave the passport-free Schengen zone and the Dublin joint system for handling asylum requests.

After militants killed scores in Paris and elsewhere in 2015, the EU in 2017 toughened laws against purchasing semi-automatic rifles such as the ones used in those attacks, and made it easier to track weapons in national databases.

Opinion polls had shown Swiss voters backing the measure by a two-to-one margin.

The initial EU proposal provoked an outcry because it meant a ban on the Swiss tradition of ex-soldiers keeping their assault rifles.

Swiss officials negotiated concessions for gun enthusiasts who take part in the country’s numerous shooting clubs, but any restrictions imported from the EU go too far for right-wing activists concerned about Swiss sovereignty.

Gun rights proponents complained the rules could disarm law-abiding citizens and encroach on Switzerland’s heritage and national identity, which includes a well-armed citizenry.

Switzerland has one of the highest rates of private gun ownership in Europe, with nearly 48% of households owning a gun.