Fur flies over street cat Bob: Film-maker accuses former heroin-addict owner of an ‘appeal con’ after he set up a crowdfunding page for £250k memorial to the pet

When a homeless man’s story about how a stray cat saved him from heroin addiction was made into an award-winning film, he and the producer were all smiles.

But now, weeks after Bob the Cat was fatally run over, owner James Bowen has had a bitter falling out with the man who immortalised him on the big screen – which could be played out in court.

Producer Adam Rolston has privately accused the former busker of ‘fraudulent’ online fund-raising – over a failed scheme to raise £160,000 for a cafe for cats which never opened, and for a ‘baffling’ call for ‘£250k’ in donations for a ‘memorial to Bob’ launched within hours of the cat’s death. 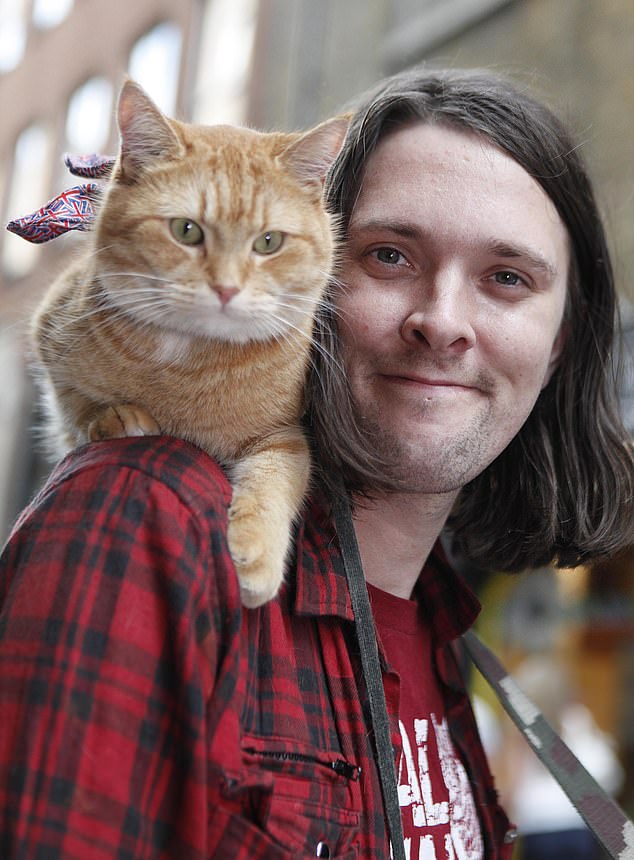 Famous street cat called Bob’s owner James Bowen, 41, is raising funds for a £250k memorial to the cat, pictured, who died after he was hit by a car in June

He emailed private messages to Mr Bowen as concern grew among fans about his pleas for cash – including another fund-raiser, for £10,000 to pay for Mr Bowen’s wedding to his Polish fiancee.

Mr Bowen, 41, who says he is still mourning the cat who saved his life before books and films about him paid for his £500,000 house in Carshalton, Surrey, has in return claimed Mr Rolston and others have exploited him. Extraordinarily, Mr Bowen published the accusations on his own Facebook page. In turn, Mr Rolston has threatened to sue the former addict.

The first tale of ‘Bob the street cat’, then seven more, have sold 8million copies in 40 languages. ‘Bob saved my life,’ said Mr Bowen. ‘It’s as simple as that.’

But two months ago, Bob, 14, died and some fans were surprised that just hours later Mr Bowen launched fresh online appeals for donations. 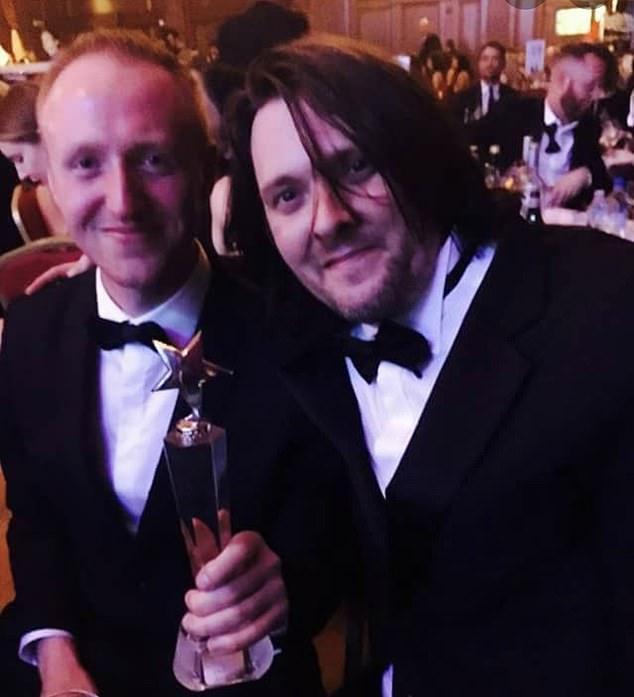 Critics noted that four years ago the Daily Mail revealed he raised £160,000 for a ‘cat cafe’ which never opened, yet donors did not get refunds.

Spokesmen said Mr Bowen had been confused and the cash eventually went to charities.

Then last week producer Mr Rolston emailed him: ‘The fact is that the Cat Cafe WAS fraudulent. You were lucky there were not more serious consequences… So to see the GoFundMe page go up the very next day after Bob passed away, trying to raise the baffling sum of £250k, of course rang alarm bells for us.’

Mr Bowen responded publicly by saying: ‘They have never done anything but accuse and judge me to humble and shame me for my alcoholism and drug dependency issues so they keep me eating crumbs from their banquet…’ 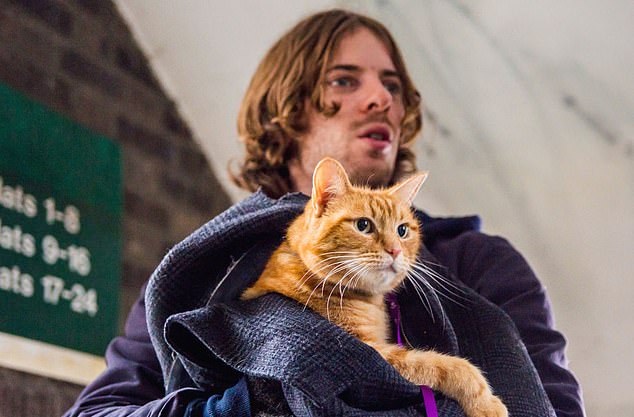 Film: Still from award-winning film A Street Cat Named Bob (2016), starring Luke Treadaway as James Bowen and his pet cat that tells the true story of how a stray cat saved Bowen from his heroin addiction

As a result producer Mr Rolston warned him: ‘If you carry on … you will be facing severe legal action.’

Mr Rolston told the Mail: ‘James is understandably going through a very tough time after the death of his closest friend, Bob, and followers, friends and colleagues are concerned about his well-being.’

On film: Luke Treadaway, left, as James Bowen in 2016 movie, and the real owner with producer Rolston and the late Bob