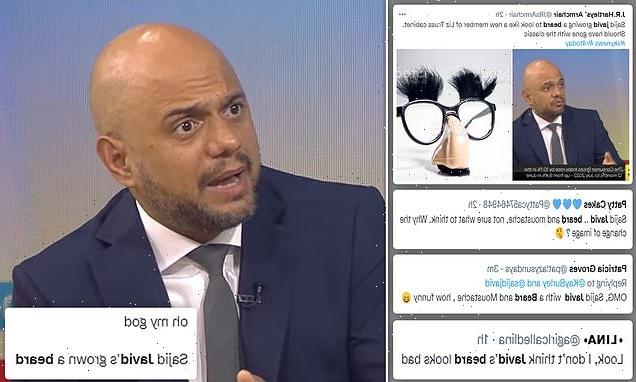 Sajid Javid’s beard makes him look as if his head is on upside down’: Tory MP sparks comparisons with Brutus and Guess Who characters as he unveils his new facial hair

Sajid Javid has sparked comparisons with ‘Brutus’ and a ‘Guess Who’ character after he was seen sporting a new beard and moustache on Wednesday morning.

The former Cabinet minister appeared on television to discuss tax cuts and the cost of living crisis, but viewers were distracted by his new facial hair.

People have taken to social media to comment on the former health secretary’s new look, which has divided opinion amongst viewers. 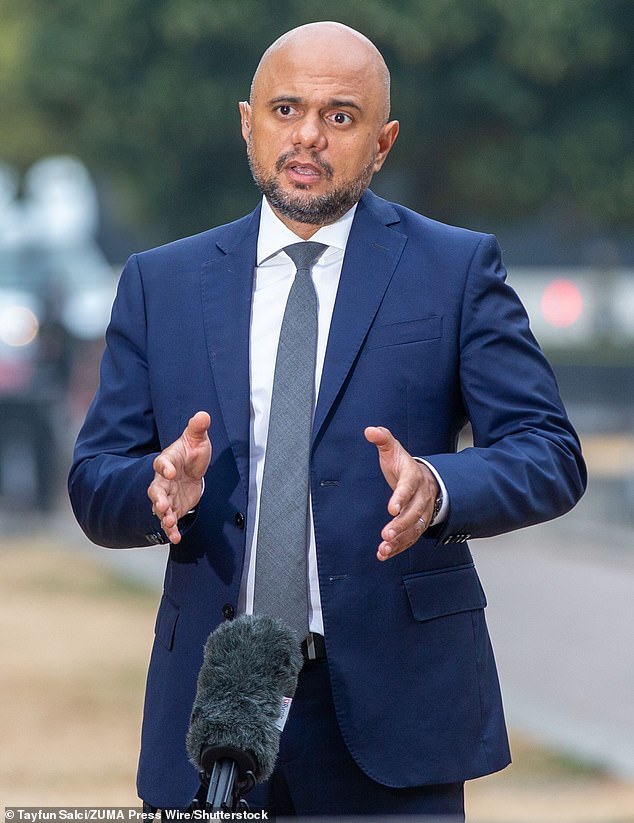 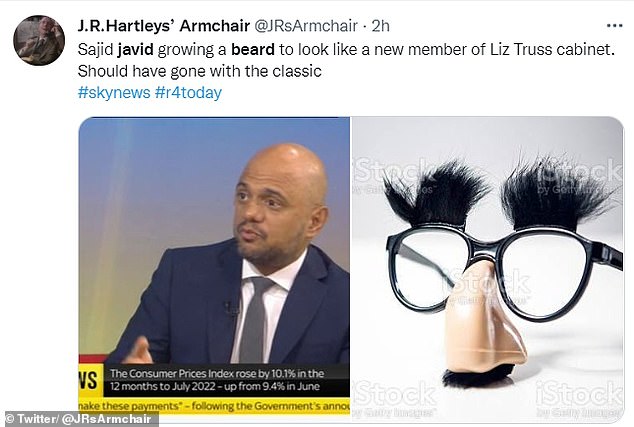 People have taken to social media to discuss Mr Javid’s new beard, which has divided opinion amongst viewers

One person wrote: ‘Whats with the beard? Sajid Javid looking like a ‘Guess who’ character this morning…’

Another person said: ‘Sajid javid growing a beard to look like a new member of Liz Truss cabinet. Should have gone with the classic’.

And a third added: ‘OMG, Savid Javid with a Beard and Moustache, how funny’.

Meanwhile, some said they did not think his new beard ‘looks bad’, while another said they were ‘not sure what to think’.

Even television presenter Rob Rinder found himself distracted by Mr Javid’s beard and interrupted an interview to compare the MP to ‘Brutus’ during ITV’s Good Morning Britain.

As Mr Javid was speaking, he jumped in: ‘I am sorry to interrupt you, again it’s a lack of time and not rudeness on my part, but I can see you are sporting a new beard.

‘You are looking very much like Brutus which of course has Shakesperian echoes.’

Responding to the comment, the bemused MP quipped back: ‘I am not sure about your reference to Brutus there.’

Mr Javid, who has endorsed Liz Truss in the Conservative leadership contest, was appearing on TV to discuss how tax cuts will help families amid soaring living costs. 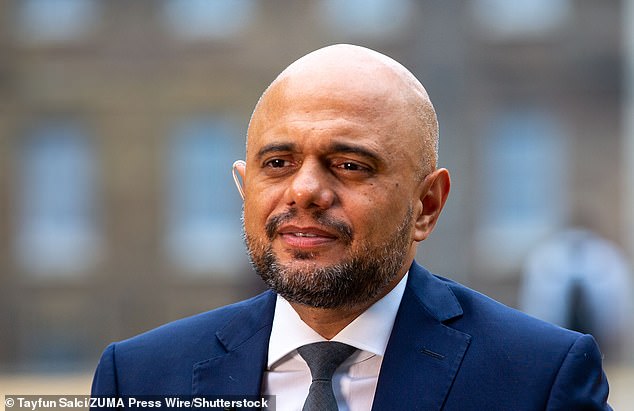 He said Ms Truss ‘will act very quickly’ on the economy through an emergency budget if made prime minister.

Defending her tax cuts policy, Mr Javid told Sky News: ‘Tax cuts, I think they are especially important for long-term growth, we’re can’t tax our way into growth and she’s set that out…’

He was also quizzed about Ms Truss’ claim that British workers need to produce ‘more graft’.

Mr Javid continued: ‘That comment, as I understand it, was made a number of years ago; I don’t know the exact context that was made in.

‘What I also heard her say, just in that snippet that you played there, was that the productivity in the UK versus other comparable countries is generally lower and that’s been a longstanding UK problem and that doesn’t happen because British workers don’t work hard; British workers are amongst the hardest-working in the world.’