MOSCOW/ISTANBUL (Reuters) – Kurdish forces have begun withdrawing from areas near the Turkish frontier in Syria, Russia’s deputy foreign minister was quoted as saying on Thursday, following a deal between Moscow and Ankara that ended Turkey’s cross-border military offensive. 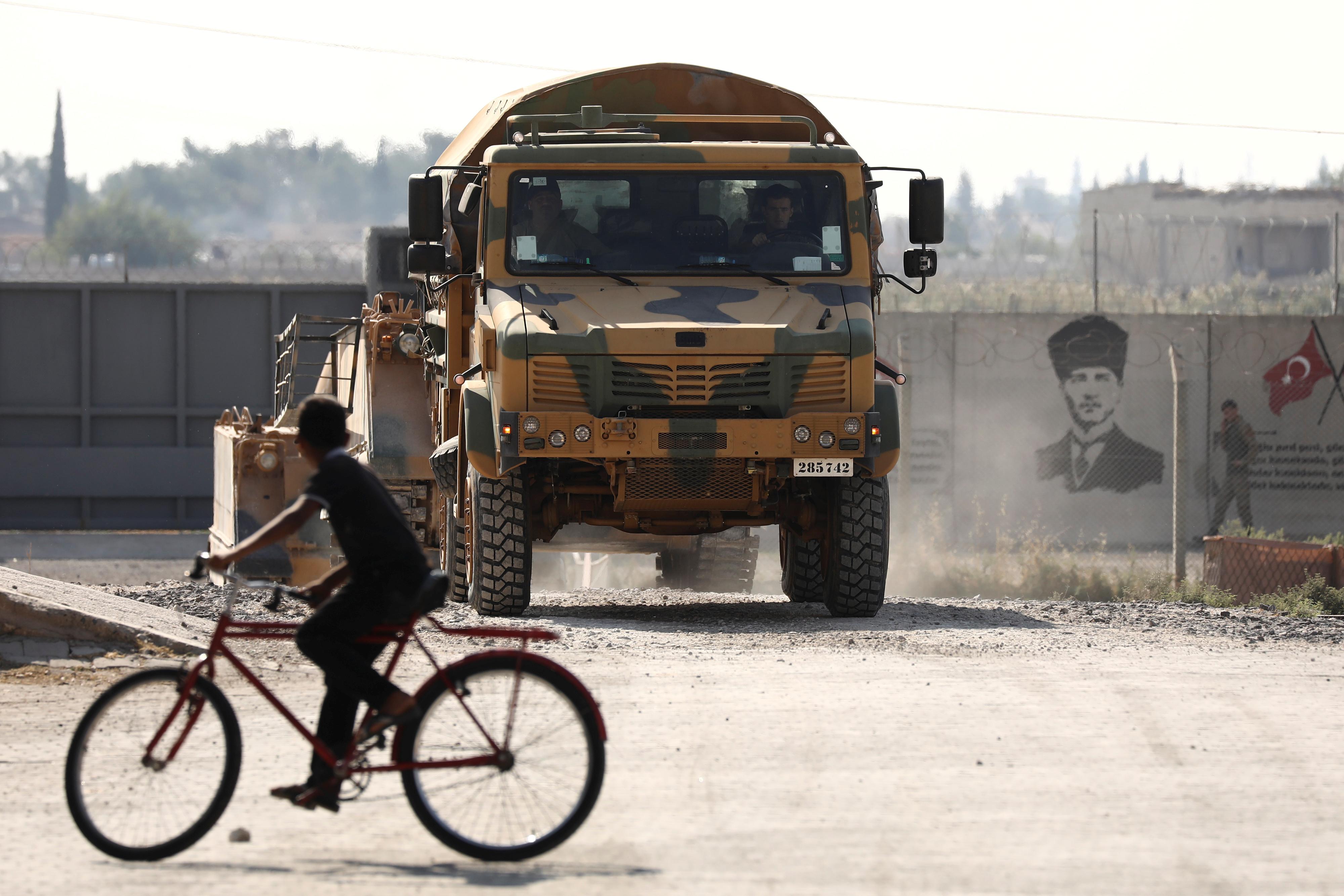 Under Tuesday’s accord, sealed by presidents Vladimir Putin and Tayyip Erdogan in the Russian city of Sochi, Russian military police and Syrian border guards are required to remove all Kurdish YPG militia 30 km (19 miles) from the Turkish border over a roughly six-day period.

Ankara views the YPG as terrorists with ties to Kurdish insurgents operating in southeast Turkey.

“We note with satisfaction that the agreements reached in Sochi are being implemented,” Interfax news agency quoted Russian Deputy Foreign Minister Sergei Vershinin as saying.

“Everything is being implemented,” he said.

Russia will send a further 276 military policemen and 33 units of military hardware to Syria in a week to help implement the deal, RIA news agency cited a defense ministry source as saying. The first Russian military police arrived in the northern Syrian town of Kobani on Wednesday.

Next Tuesday, Russian and Turkish forces will start to patrol a 10 km strip of land in northeast Syria where U.S. troops had for years been deployed along with their former Kurdish allies.

Asked whether there would be joint patrols with the Russians or separate coordinated patrols, Turkish security sources said on Thursday Ankara was still working on the issue and that the 150-hour period set for the YPG to withdraw had only just begun.

The arrival of the Russian police marks a shift in the regional balance of power just two weeks after U.S. President Donald Trump pulled out U.S. special forces, a move criticized in Washington and elsewhere as a betrayal of the Kurds.

Turkish troops and their Syrian rebel allies subsequently launched an offensive into northeast Syria against the YPG.

It “paused” the offensive last week under a U.S.-brokered ceasefire which called for YPG fighters to withdraw, and then secured Russian support in Sochi for a wider deal requiring the YPG’s removal from the whole northeast border.

Trump said on Wednesday the ceasefire was now permanent and lifted sanctions imposed on Turkey over its offensive.

The Turkish public has shown strong support for the military operation, encouraged by an overwhelmingly pro-government media.

“The super-power of peace, Turkey,” said the main headline in Thursday’s edition of the pro-government Sabah newspaper.

“We got the result we wanted,” said the Yeni Safak newspaper headline.

According to the results of an opinion poll published by pollster Areda Survey last week, more than three quarters of Turks supported the so-called Peace Spring Operation. The findings were based on the responses of 2,160 people between Oct. 11-14.

However, the incursion has deepened a sense of alienation among Turkey’s Kurds, which is also being fueled by a crackdown on the country’s main pro-Kurdish party.

A Turkish security official said on Thursday that Turkey was currently training personnel on the S-400s and that the April 2020 timeline was still in place. 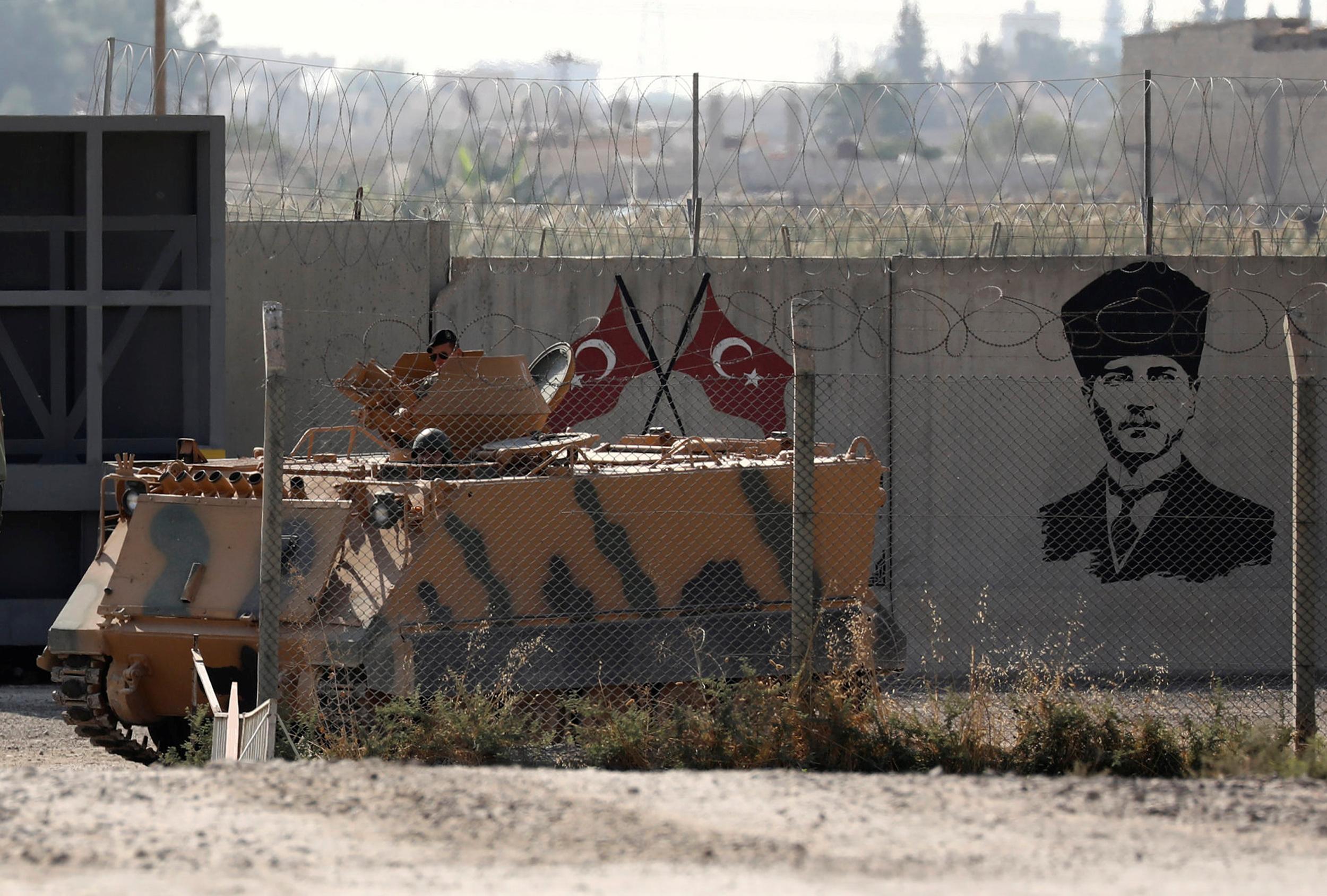 Turkey’s military operation was widely condemned by its NATO and European Union allies, who said it was causing a fresh humanitarian crisis in Syria’s eight-year conflict and could let Islamic State prisoners held by the YPG escape and regroup.

U.S. Defense Secretary Mark Esper is expected to focus on Turkey’s offensive and the future of the fight against Islamic State at a NATO gathering this week.