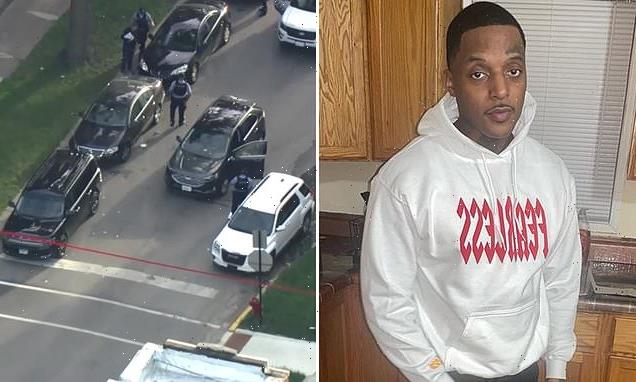 Rapper FBG Cash, 31, ‘is shot dead and a woman, 29, suffers gunshot wounds during drive-by shooting as they sat in car in Chicago’

FBG Cash, formally known as Tristian Hamilton, 31, and another woman, 29, were shot around 5.30am on Friday in Chicago’s Auburn Gresham neighborhood. His body was reportedly riddled with many gunshot wounds.

Chicago Police said the two victims were inside a car on West 81st Street when another vehicle pulled up next to them, firing several rounds into their car.

They were rushed to Advocate Christ Medical Center, where Hamilton was pronounced dead, according to CBS News.

The woman, whose name has not been released, suffered gunshot wounds in her left arm and her upper back. She is reportedly in critical condition. 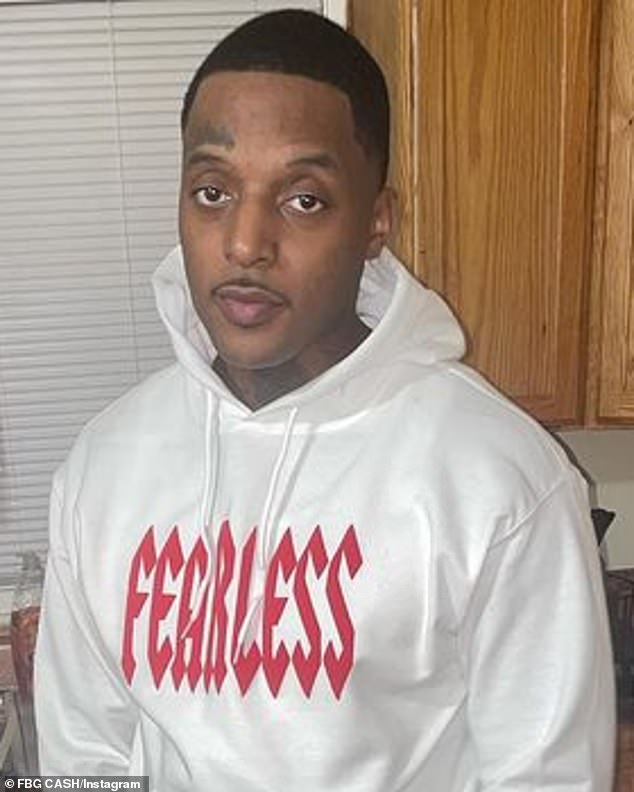 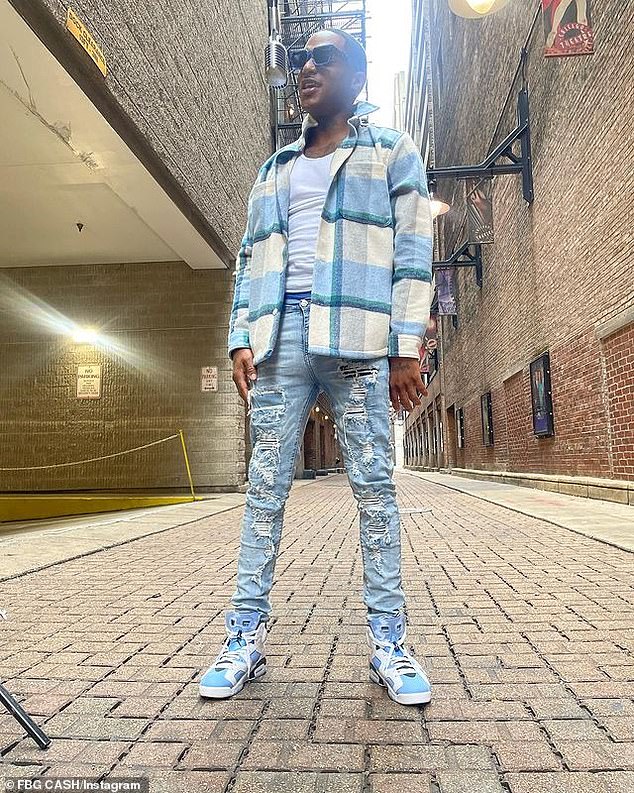 The rapper’s body was riddled with several gunshot wounds and he was transported to Advocate Christ Medical Center, where he was pronounced dead

He was shot on West 81st Street in in Chicago’s Auburn Gresham neighborhood. He and the 29-year-old he was with were apparently just riding around. The woman, who sustained gunshot wounds to her arm and back, was reportedly sleep. She is now in critical condition 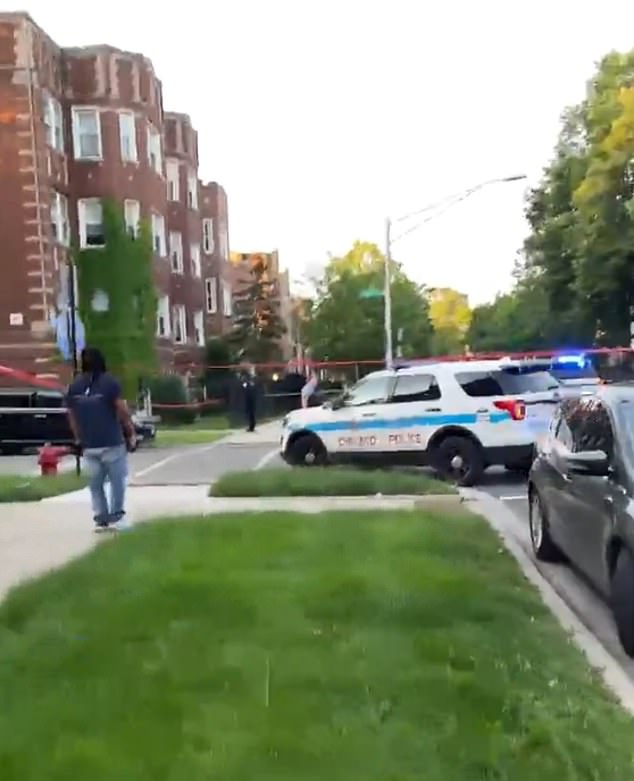 The shooter reportedly fled the scene westbound and is still at large, police reported.

The pair had reportedly been driving around and the woman was sleeping in the car when the shooter arrived, the Chicago Sun Times reported.

Hamilton was shot almost 12 hours before his newest song Crazy Lane was supposed to debut at 4pm. Many fans have already taken to the comment section to send their condolences.

Hamilton was also a part of the ‘Fly Boy Gang.’

In 2020, another member, FBG Duck, who is formally known as Carlton Weekly, was shot and killed in broad daylight by four masked shooters, who left behind 38 bullet casings.

The gunmen jumped out of two cars on a busy Gold Coast street and opened fire FBG Duck was reportedly shopping for his son’s birthday present.

Five members of the notorious Chicago O-Block street gang were arrested in October 2021 for the crime after investigators used social media and rap videos to help crack the case. 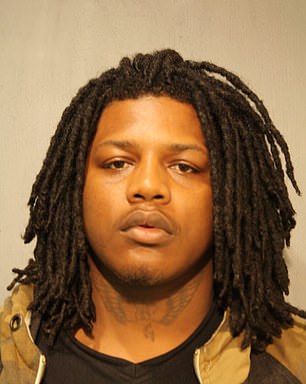 In 2020, another member, FBG Duck, who is formally known as Carlton Weekly, (pictured) was shot and killed in broad daylight by four masked shooters

Investigators and city officials claim the rapper was a gang member whose bragging on music videos irked members of a rival gang, ABC 7 Chicago reports.

The majority of Fly Boy Gang’s music group are Gangster Disciples, according to the website HipHopDatabase. The Disciples have been engaged in a violent and bloody turf war with O-Block’s Black Disciples gang, which features prominent rappers like Chief Keef and the late King Von.

Federal prosecutors investigating an unrelated crime spree linked the same suspects to the fatal shooting, as well as drug trafficking and other violence to protect gang members, according to CBS Chicago. 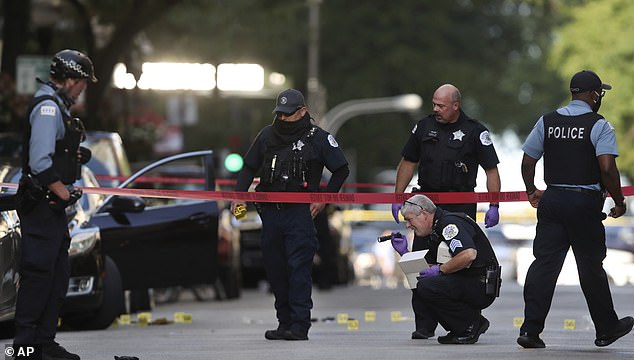 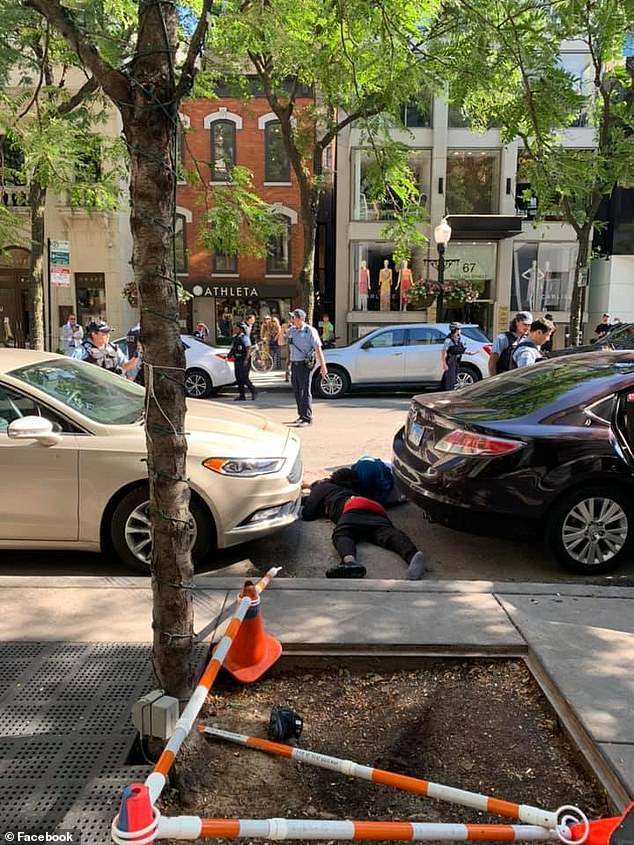 At one point, there were rumors that Hamilton was involved in Weekly’s death, but he denied any wrongdoing.

Hamilton did previously serve time behind bars on gun charges and was arrested last year for reportedly having a gun on him after he was stopped for driving erratically.

He was charged with being an habitual criminal and felony possession of a weapon. The case was later dismissed.

Lates News:
2022-06-10
Previous Post: 50 of the Most Decorated War Heroes in American History
Next Post: What Does Today’s US Inflation Data Mean for Crypto Markets?