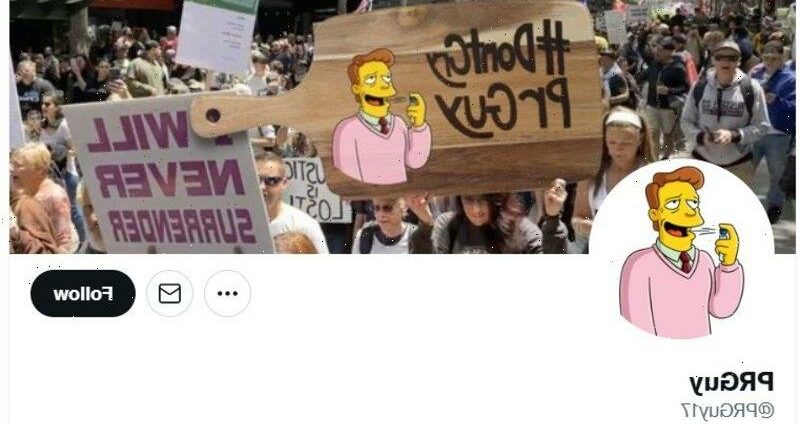 A man claiming to be the user of high-profile pro-Labor Twitter account @PRGuy17 has publicly disclosed his identity ahead of further court action by a far-right commentator.

The Age spoke on the phone with a man purporting to be Jeremy Maluta, who provided identifying documentation and images proving he was the user of the account.

While The Age confirmed he was the user of the account, Maluta would not reveal personal details, such as where he worked or lived.

He told The Age he wants to maintain his privacy.

“I’m just a normal everyday person. I don’t want to be a celebrity,” he said. “This has meant being really careful about what I put online.” 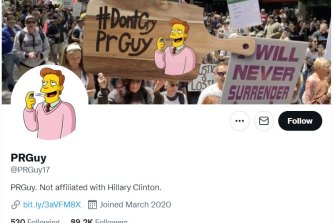 “I’m OK with putting my name out there, but I just … want to have a bit of privacy too.

“I can confirm I don’t work for [Premier] Dan Andrews or any political thing whatsoever. Those theories are completely cooked.”

On Friday afternoon, the PRGuy account tweeted a message to followers with a link to a video recorded with Sydney political YouTuber Jordan Shanks-Markovina claiming to be the author of the account.

“Hi, I’m Jeremy Maluta,” the tweet says. “You may remember me from such hashtags as #IStandWithDan and #ICantBelieveItsNotAStaffer. I caught up with FriendlyJordies so I could finally meet you all face-to-face. Enjoy!”

In the hour-long interview with Shanks-Markovina, an ally on Twitter, the pair discussed the reasons why Maluta came forward ahead of further Federal Court action by Yemini.

“It’s a two-sided thing because, on one hand, the anonymous thing has been hanging over my head for a while. It’s a bit of pressure. I’m keen to kind of get this all over and done with, get my name out there, out in the open,” Maluta said.

“On the other hand, it hasn’t been done on my terms. It’s someone who’s gone absolutely bonkers … playing the system to try and out me because he thinks I’m some kind of spook working for the government.”

Maluta and Shanks talked at length about their criticism of the media’s coverage of the Andrews government and the Labor Party. Maluta’s face was partially obscured by a written message about Yemini.

Yemini vowed to return to court this week, this time seeking information from Telstra in his quest to unveil the identity of the user and lodge legal action over comments posted by the account at the height of the pandemic. 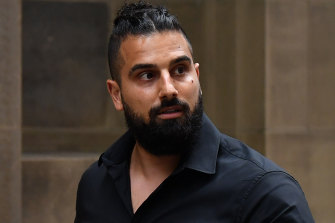 Avi Yemini leaves the Supreme Court of Victoria in Melbourne in March this year.Credit:AAP

Yemini obtained a Federal Court order last week directing Twitter to hand over the account details of PRGuy, who he is intending to sue over social media posts he says defamed him.

Twitter complied with that order and supplied Yemini with several IP addresses – unique series of numbers that identify a device on the internet – but he now needs Telstra to identify the holder of the addresses. The name and email provided by Twitter did not offer enough information to identify the owner of the account.

Created in March 2020 using Simpsons character Troy McClure as its avatar, PRGuy quickly became one of the most vociferous cheerleaders of the Andrews government’s pandemic response.

As the account’s following grew – it now has more than 90,000 followers – PRGuy and its supporters repeatedly clashed with politicians, journalists and other commentators who were critical of Premier Daniel Andrews and other Labor figures. 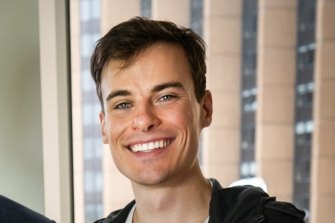 Yemini, a correspondent for Canadian alt-right website Rebel News, which was connected to the anti-lockdown movement, said the account owner has used a virtual private network, or VPN, to mask their IP address since it was created but had occasionally logged in without activating the shield.

Maluta said he had been planning to leave Twitter but Yemini’s legal action spurred him to remain on the platform.

“If he was trying to shut me down, you could probably say he f—ed that up a little bit,” he said.

“Actually, a hilarious thing is, right, I was already leaving, so I’d already announced that a job is done. I’m telling you [I’m] going on and doing other stuff in my life, and he sort of forced me to stick around.”

Stay across the most crucial developments related to the pandemic with the Coronavirus Update. Sign up for the weekly newsletter.