TikTok prankster is arrested after he dives into giant fish tank at a sporting goods store as part of pledge for reaching 2,000 likes – and he’s appealing to his followers to help him pay his legal fees

A Louisiana man desperate for likes on social media was issued a summons for jumping into the fish tank of a sporting goods store as part of a promise to do so if he reached 2,000 likes on a video.

Kevin Wise, 26, said he plunged into the indoor aquarium at a Bass Pro Shop in Bossier City last week to follow through on the promise he made to followers on TikTok, according to KSLA-TV.

‘Alright, TikTok, I’m about to do something crazy, alright? Just make this go viral,’ he said in a video that he posted to his TikTok page last week which shows him walking inside the Bass Pro Shop.

The clip then shows a ladder which connects to a wooden walkway that leads into the aquarium. 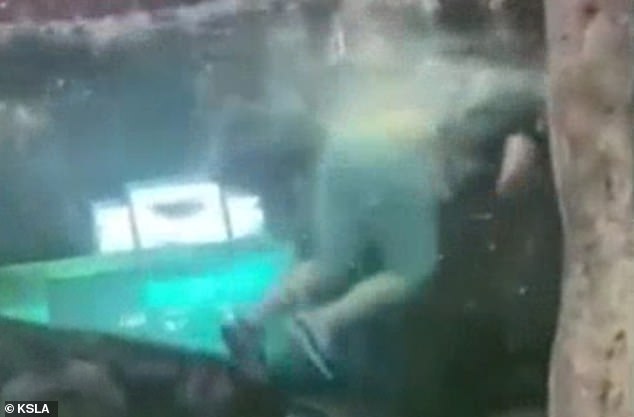 After amassing more than 2,700 likes, Wise did just that.

‘I got way more than that and didn’t want to be a liar.’

A video captured by shopper Treasure McGraw showed Wise swimming through the tank before climbing out and running from the store with wet clothes.

‘We heard a big splash and I thought it was one of the fish,’ McGraw told the news outlet.

‘My fiancé was like ‘somebody is in the tank’ and we saw the guy swimming.’

Bass Pro Shops filed a complaint with the Bossier City Police Department on Friday, saying it cost them money to empty out the 13,000 gallon aquarium and clean it after Wise’s swim, KTAL-TV reported.

Initially, the store declined to file charges, but reversed course only after it assessed the extent of the damage.

The store hired a biologist to inspect the tank. It was then determined that the tank needed to be emptied since damage was done to the species of fish which are indigenous to the region.

Wise was charged with simple criminal damage to property and released with a citation to appear in court, police said. 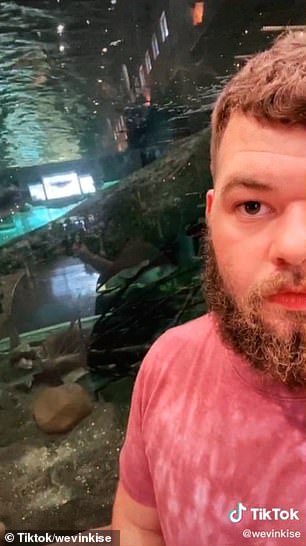 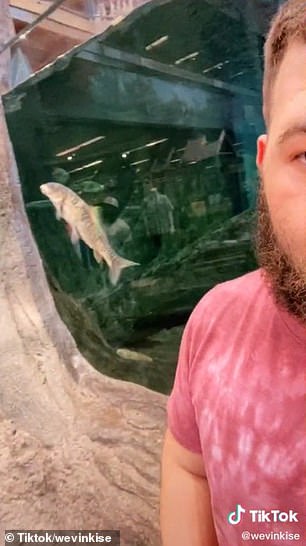 ‘Alright, TikTok, I’m about to do something crazy, alright? Just make this go viral,’ he said in a video that he posted to his TikTok page last week which shows him walking inside the Bass Pro Shop 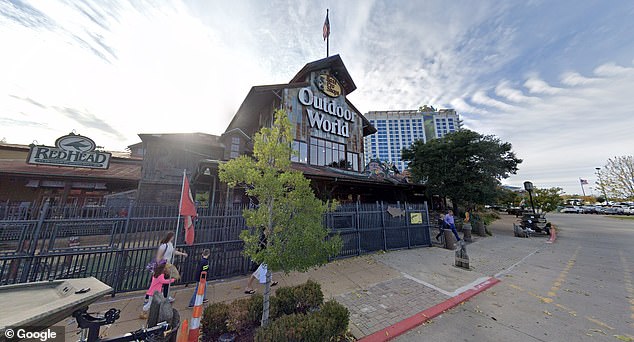 The Bass Pro Shop in Bossier City, Louisiana (above), initially declined to press charges, but reversed course after realizing that Wise’s swim in the tank caused damage and required the 13,000-gallon aquarium to be emptied and cleaned

He told KSLA-TV he planned on continuing to make videos for his followers, but cautioned others against doing similar ‘spur of the moment’ pranks.

Wise then posted a video to his nearly 2,000 followers on TikTok asking for donations to help cover his legal expenses. He is asking for at least $1,500 to cover costs.

‘As you all know I jumped into the Bass Pro tank and I got a summons to court,’ Wise said in a video he posted to TikTok on Sunday.

‘I’m gonna have a pretty hefty fine. I don’t know the price of it yet, plus whatever damages I caused for the testing of the water and the examination of the fish,’ he said.

Wise added: ‘They had to hire a biologist. I can’t afford that.’

‘If you all would be willing to donate, it would be greatly appreciated,’ he said.

‘It would really help me out.’

Wise asked those who could not donate to hit the like button or share the video on their social media platforms.

A GoFundMe page has been launched to help him.