The PGA Tour’s 2020-21 season teed off an hour late, but it wasn’t because of the ominous orange skies.

The Safeway Open at the Silverado Resort in Napa, California, got a belated start on Thursday due to fog. It hovered a day after golfers practiced in a hazy orange ceiling that look like a wonky Instagram filter. 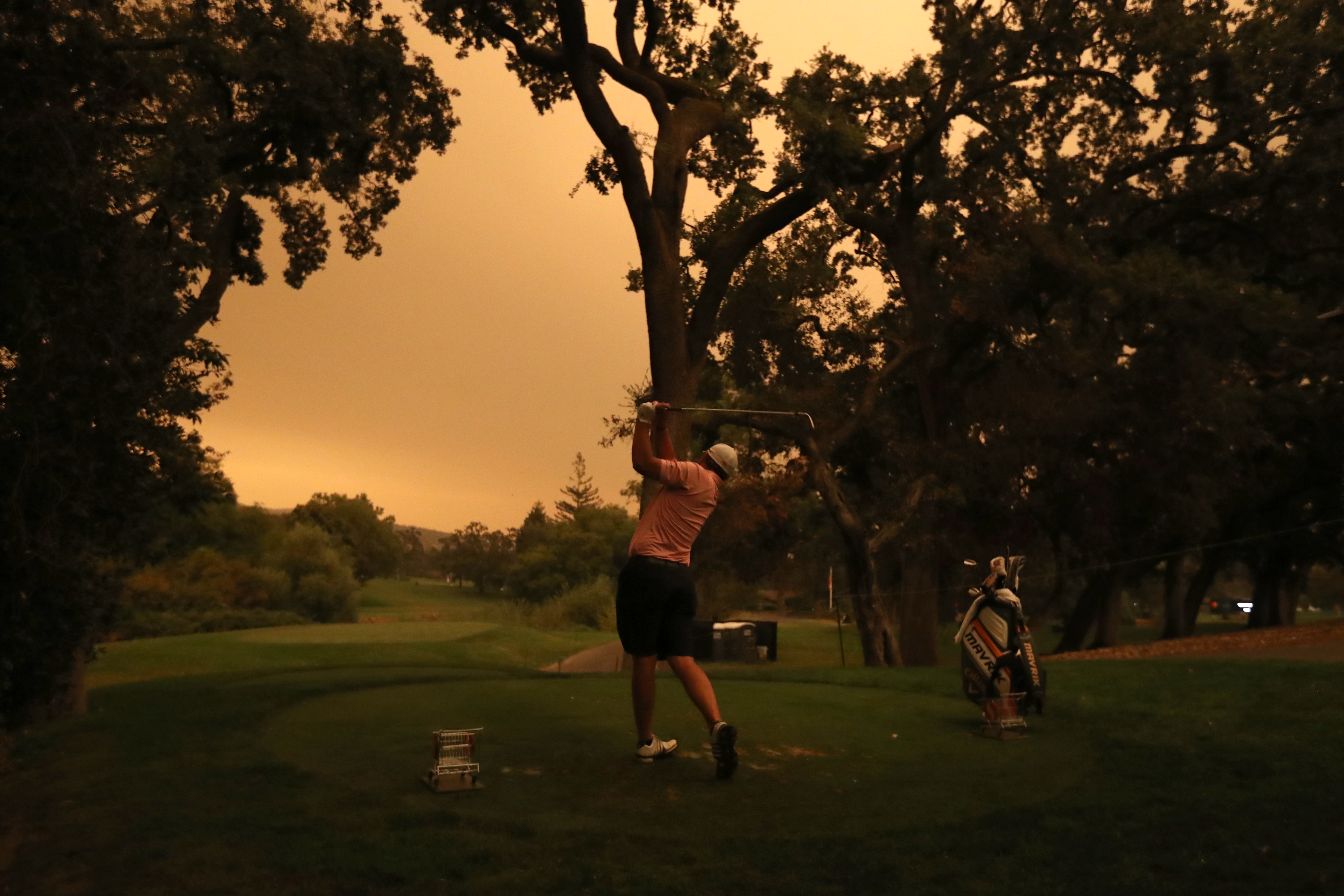 The color was a direct result of the wildfires in Northern California that have been raging for weeks.

Golfers practiced under deep rust-colored skies on Wednesday and organizers had to set up lights on the practice putting green. MLB’s Oakland Athletics and San Francisco Giants played in the conditions that night. There was wildfire ashes in the stadium seats.

“It doesn’t seem like a good day to go out and play golf for six hours,” golfer James Hahn said this week on the “Beyond the Clubhouse” podcast. 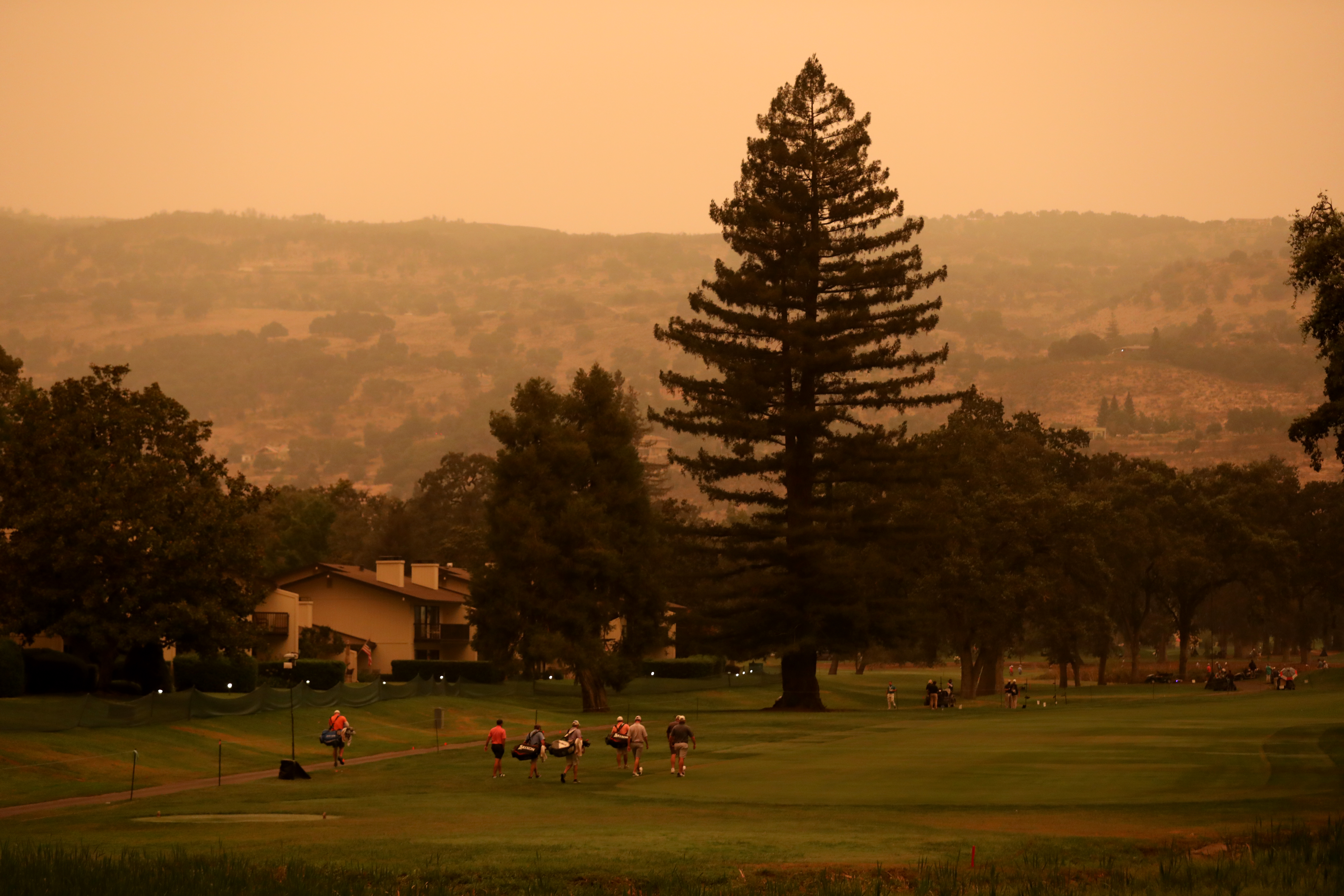 The air quality, which is being closely monitored by teams including the San Francisco 49ers, was deemed safe. But precautions should still be taken since air quality sensors often don’t pick up on larger pieces or air particulate such as the falling ash, National Weather Service meteorologist Roger Gass told the Napa Valley Register.

Hahn said his eyes were feeling a “little sensitive” and “not good” after being outdoors and he will wear a mask during his round on Thursday.

Jim Furyk called it “strange” and it felt like they were on a movie set.

The conditions improved throughout Wednesday and appeared better when golfers took to the tees on Thursday. The conditions will “ebb and flow” while the wildfires continue along the West Coast, per the Register.