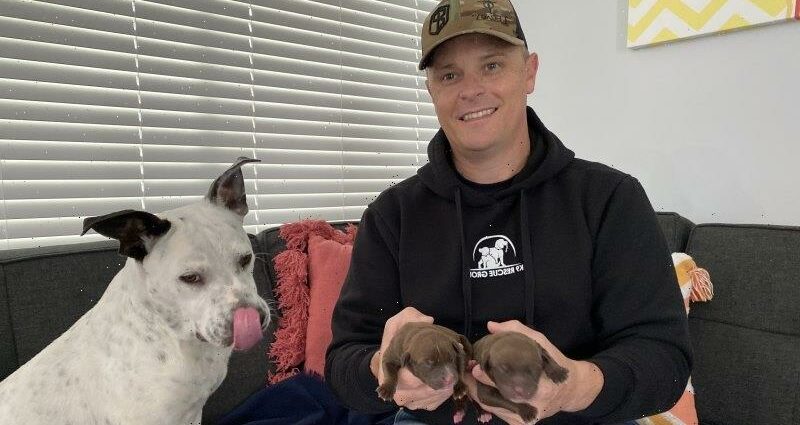 Perth kennels are overflowing, according to rescue services which have seen people unable to keep up with the cost of a pet, or been banned from having them in their rental, drop dogs off in droves.

The issue has grown particularly bad over the past six months as the rental crisis and rising cost of living put pressure on families and their relationship with man’s best friend. 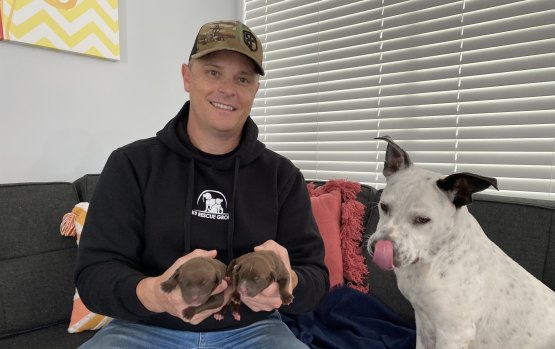 With no more room left at their shelter, K9 Rescue Group president Jake King looked after two dogs and their puppies in his own home.

K9 Rescue Group president Jake King said now was the time to act, and has banded together with rescue groups across WA to form a committee to rally the government in the hopes of changing laws surrounding renting with pets, and subsidising other costs associated with their upkeep.

“In the past six months, calls for surrenders have increased, from maybe 10 calls per week to 10 per day, and that is just us, other groups have experienced the same,” King said.

“We are also still getting sent dogs from pounds, or dogs with behavioural issues on top of this. We have dogs sleeping in our break room and office at night just so we can take more on.”

King was hopeful that if the groups came together in a united front, they would be able to make positive changes including free sterilisations for low socioeconomic areas and pensioners, and better training programs to stem behavioural issues.

But the biggest change, King said, was needed in tenancy laws.

Dogs Behind Bars director Jacqui Clay said there was “no doubt that animal rescue is at crisis point” and the state’s rental crisis was the biggest contributing factor to the number of dogs surrendered.

“Long-term renters are being driven out of homes … and it’s now almost impossible to find new rentals that will allow pets. We need the Residential Tenancies Act to change in WA,” she said.

“Landlords prepared to have tenants with pets can legally only charge a maximum of $260 pet bond … only able to be used to fumigate the dwelling at end of lease.

“Many pet owners are prepared to pay a realistic pet bond so, if the law allowed for this, then more landlords might be prepared to take the risk which would allow for more fosters or adoptions.

“These are expected to drop by a further 50 per cent this year as we received only 25 across the whole of July.”

Clay said several other rescue groups had also been forced to close in the last two years including WA Shar Pei Protection Inc, Peekaboo Rescue and Community Support, and Kalgoorlie Dog Adoptions, which meant even less space for surrendered animals.

King said he was hopeful that change could be made and foster numbers and adoptions would rise in the near future.

A range of rescue groups have jumped on board and offered to be part of the committee, not just ones focused on dogs, including Desperate For Love, Shenton Park’s dog refuge, Staffy and Bully Breed Rescue, Bunbury Animal Rescue, Perth Rescue Angels, Give Our Strays a Chance and Homeless and Abused Animal Rescue Team.

Lates News:
2022-08-15
Previous Post: ETC Takes The Spotlight Ahead Of The ETH Merge
Next Post: Every Plane in Japan’s Air Force