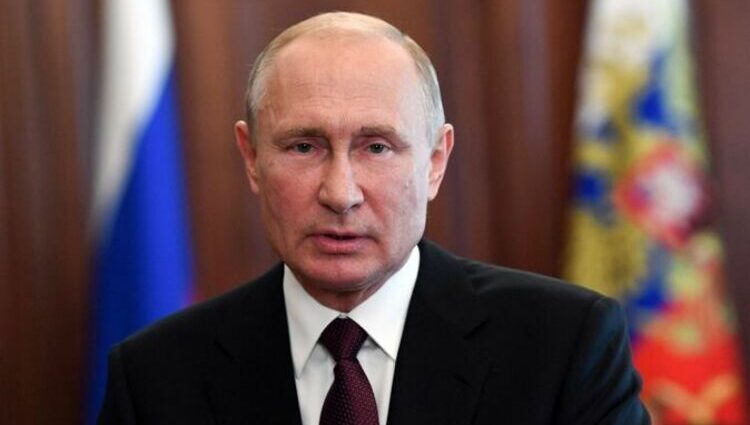 The Russian leader fears he could be killed after he sacked senior generals over their failure so far to capture Ukraine.

The paranoid president is understood to be worried military heads could stage a coup after he fired eight senior generals.

His body double has stood in at Kremlin meetings and is used as a decoy when Putin travels places, according to reports.

The lookalike is believed to live in the presidential complex and has had training to walk and impersonate the Russian leader.

An intelligence source told Daily Star on Saturday: “We know Putin is paranoid about his security and this move just shows how seriously his team are taking the threat against his life.

“His close protection team make sure his food is checked, no one gets close to him without their ­approval. But the former chiefs of staff, generals and FSB operators will know the weak spots in the system.

“I would not be at all surprised if we hear in the next few months that Putin has died and the reason given will be a heart attack or a long-term illness. I doubt they will admit it was an ­internal coup”.

There is believed to be concern among Putin’s senior commanders about the economic impact of the war and losses on the Russian side.

The Kremlin previously admitted there have been 15,000 deaths after initially announcing a much lower figure compared to Ukraine’s estimates.

Kate Bedingfield, the White House’s head of communications, said: “We have information that Putin felt misled by the Russian military which has resulted in persistent tension ­between Putin and his military leadership.”

The two officers, from the regiment considered one of the most fearsome and well-trained in the army, were both killed on March 13 – a major blow for Putin.

According to Christopher Steele – former British intelligence officer who ran the Russia desk at MI6 – the war will only end if Putin is overthrown or assassinated.

Speaking to Sky News, Mr Steele said the peace talks between Ukraine and Russia were unlikely to be successful while Putin is still in power.

“After all, the President of America has called him a war criminal.”

Speaking about the war ending, he added: “I think it does end in a deal of some sort, but I think that that deal is some way off and I think it probably doesn’t include Vladimir Putin.

“I think he may well be pushed aside out of the top leadership, or even possibly assassinated by his own people.”