Instruction was supposed to begin on September 10 but now will be delayed until September 16. 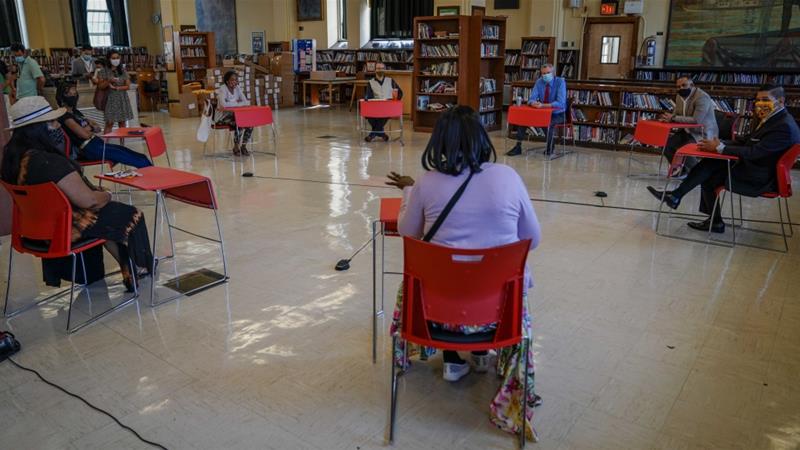 New York City is delaying the start of its school year by several days to give teachers more time to prepare to have students back in classrooms amid the coronavirus pandemic, Mayor Bill de Blasio announced on Tuesday.

In a deal struck with unions representing teachers, staff and administrators, instruction that was supposed to begin on September 10 will be delayed until September 16. All students will spend the first few days learning from home, by computer, before in-person instruction begins for some students on September 21.

The development comes after de Blasio, a Democrat, emphasised for months that the city’s 1.1 million public school students need schools to resume in-person instruction after the coronavirus abruptly forced a thorny plunge into remote learning in March.

Even as other big US school systems – including Chicago, Los Angeles, Miami and Houston – decided to start the school year with students learning remotely, de Blasio stuck with a plan for a September 10 hybrid reopening that was intended to feature as much classroom time as possible while still allowing for social distancing. 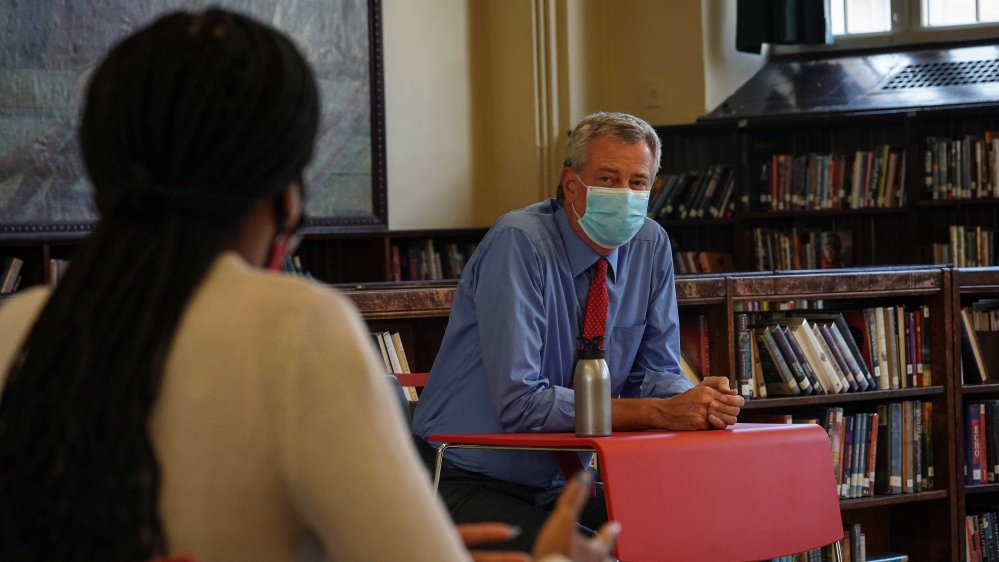 De Blasio was joined at a news conference Tuesday by union leaders who said they do believe the city can welcome students back safely, they just need more time to get ready for their arrival.

New York suffered the deadliest coronavirus spike in the country before getting the virus’ spread in check earlier this year, even as it climbed anew in many other parts of the country.

The city’s plan to restart schools includes mask-wearing, staggered schedules to reduce the number of students in rooms, supplying every school building with a nurse and asking all staffers to get tested shortly before school starts. The city dispatched ventilation experts to check out air flow in classrooms, and officials said they would work to make parks and streets available as teaching space if principals were interested.

Tuesday’s deal to delay the start of class was announced in advance of a planned afternoon meeting by delegates of the United Federation of Teachers, which was poised to vote on whether to authorise a strike.

New York state bars teachers and other public employees from striking; unions can be fined if they do.

New York City students had their last day of in-class instruction March 13. All schools statewide were closed by March 18.

During the summer, Governor Andrew Cuomo said the state would allow a return to in-person school in regions where fewer than 5 percent of people tested for COVID-19 came back positive.

The entire state has been well under that threshold for several months.

The Democratic governor this month cleared schools to open around the state, while cautioning that they still needed to address parents’ and teachers’ safety concerns.

Did Biden call Trump racist and what did he say about Abraham Lincoln?