Horrified mother blasts Pontins for a ‘holiday from hell’ after finding ‘flat littered with stinking rubbish, bins infested with maggots and an open cesspit full of human waste’

A mother claims her toddler is so traumatised by a Pontins ‘holiday from hell’ he cries if she suggested another trip – after discovering a maggot-infested room and an ‘open cesspit filled with human waste’.

Julie Bowyer, 38, had booked a week-long break at Pontins’ Camber Sands Holiday Park in Rye, East Sussex, earlier this month but had to cut it short after branding it an ‘absolute shambles’. 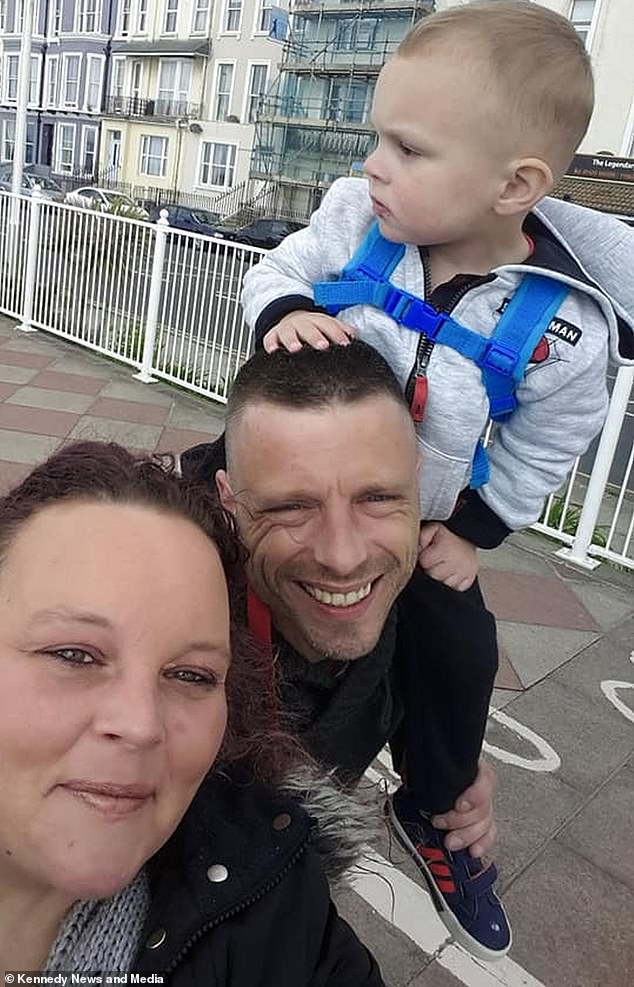 Julie Bowyer (left), 38, claims her son Declan (right) is so traumatised by their Pontins holiday that he cried when she suggested another trip. Ms Bowyer’s partner Nathan Wilson, 41, is pictured centre

After asking to move rooms, cleaner Ms Bowyer claims they were offered two other apartments which were both equally unclean and dangerous.

Images show what she claims was an open drain full of ‘human faeces’ that her youngest son Declan, four, almost fell into – leaving them with no choice but to leave the park.

Declan was apparently so upset by the experience that he cries when they bring it up and refuses to go on another family holiday.

The mother-of-three is now urging families planning a staycation to ‘stop spending money there’ after Pontins reportedly ‘refused to reply’ to her complaints.

‘I was talking to my son yesterday and we’ve been looking at taking him to Parkdean to get him over what happened at Pontins. 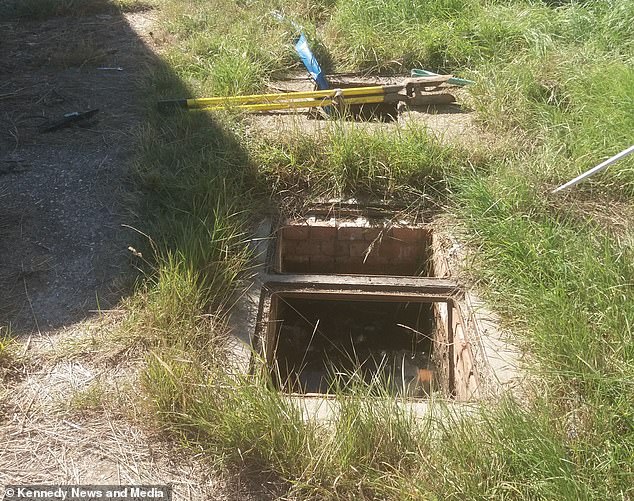 Ms Bowyer claims there was an open drain full of ‘human faeces’ which her youngest son Declan, four, almost fell into

‘If he found it that dirty then it speaks for itself.

‘It’s daylight robbery. [The owners] have let it fall into the ground completely.

‘I just hope people stop spending money there. It’s a false sense of security because their website says they’ve had a refurb, but there’s nothing.

Ms Bowyer and Mr Wilson arrived on August 3 and they claim they were greeted by ‘crumbling’ buildings and hand sanitiser stations covered in mould. 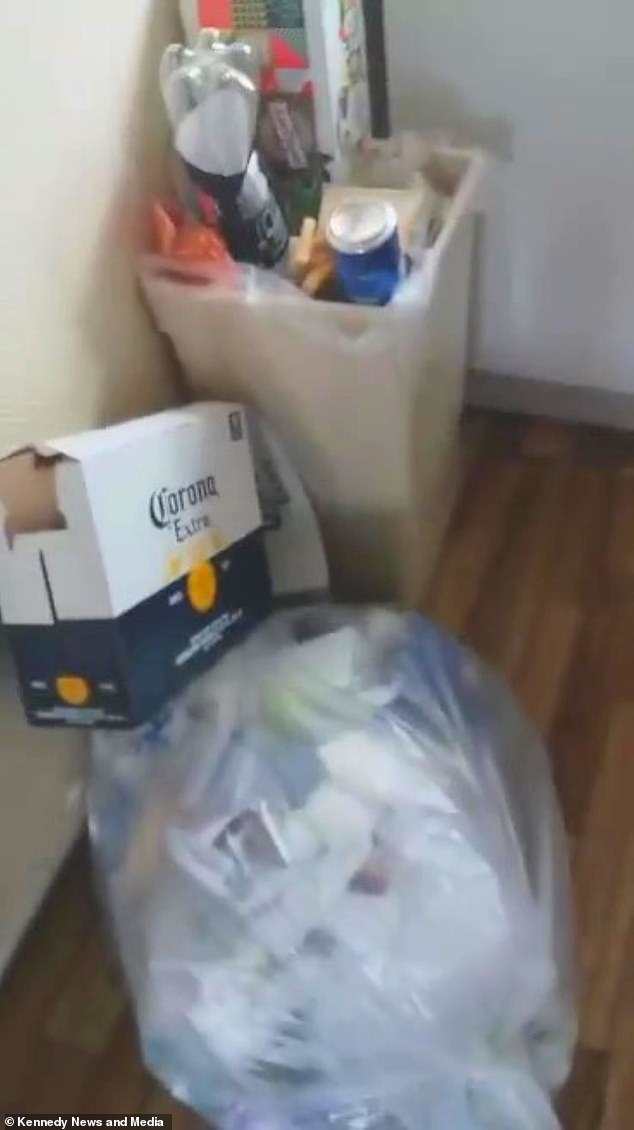 In their apartment, they claim they discovered ‘filthy’ rooms with old rotten rubbish and maggots, food still in the fridge and microwave and what Nathan believed was faeces on the bath.

Ms Bowyer said: ‘The first room we went in was atrocious. There were maggots at the bottom of the bin, there was still food in the fridge and microwave. It got even worse once I’d stopped filming.

‘There was half-eaten cheese on toast with mould on it in the microwave.

‘There were maggots in the bottom of the bin where they’d been left for, I can only assume, over a week.

‘You couldn’t see out of the windows because they were absolutely filthy.

‘We asked the cleaners about it and they said it’s not in their job sheet either. 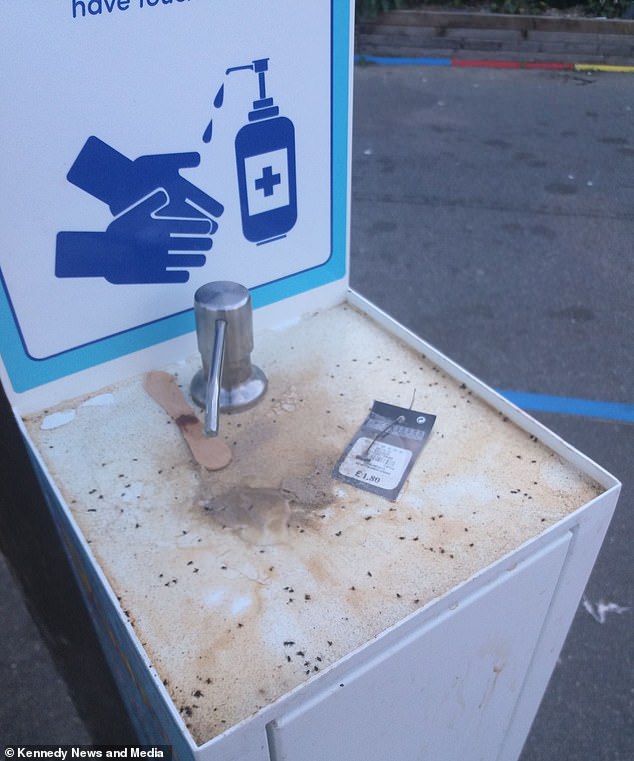 ‘I said “how can the rooms be Covid safe if you’re not actually cleaning the windows?” She just shrugged her shoulders and smiled at me.

‘The room was in too bad a state to stay in so they moved us.’

In their second room, Mr Wilson soon realised the ceiling was unstable and he was able to move it with his fingers, claiming bits crumbled to the floor.

The couple were so worried it could cave in while they slept that they asked to be moved again, but Ms Bowyer claims when she went to check out the third option, that had not been cleaned either.

Ms Bowyer said: ‘The new room didn’t have anyone’s stuff in it but was still filthy.

‘The ceiling was the biggest concern. We told them that was falling down.

‘I have a video of my partner touching the ceiling on our roof and the entire thing lifts up, then it crumbled to the floor.

‘The manager took me round to a third room and that hadn’t been cleaned so I refused to move room again. 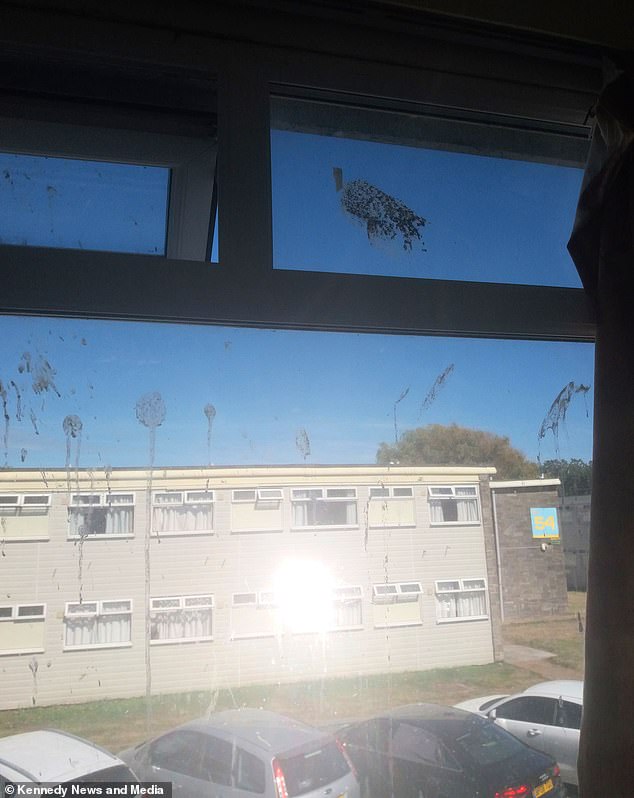 Ms Bowyer said the windows were so dirty you couldn’t see out of them and when she asked the cleaner, they said it’s not in their job sheet

‘The whole site was so bad we didn’t survive the whole holiday anyway.

‘We were supposed to be there for a week but we lasted three days.

‘I didn’t have high expectations of The Ritz. I just thought it’d be clean enough, there’d be a bit of sand on the floor, everything would be open and the entertainment would be on.

‘The hand sanitising stations are covered in mould from where they’ve not been cleaned for days at the time. You just wouldn’t go near them.

‘I cannot stress enough how much the place has gone downhill. It’s like the place has been battered by every storm and not a penny spent on it.’

On their second day at the resort, the family claim they narrowly avoided disaster as Declan almost ran into a pit full of human faeces.

After the near-miss, they felt forced to go across the road to use Parkdean Resort’s facilities, which they claim were ‘beautiful’. 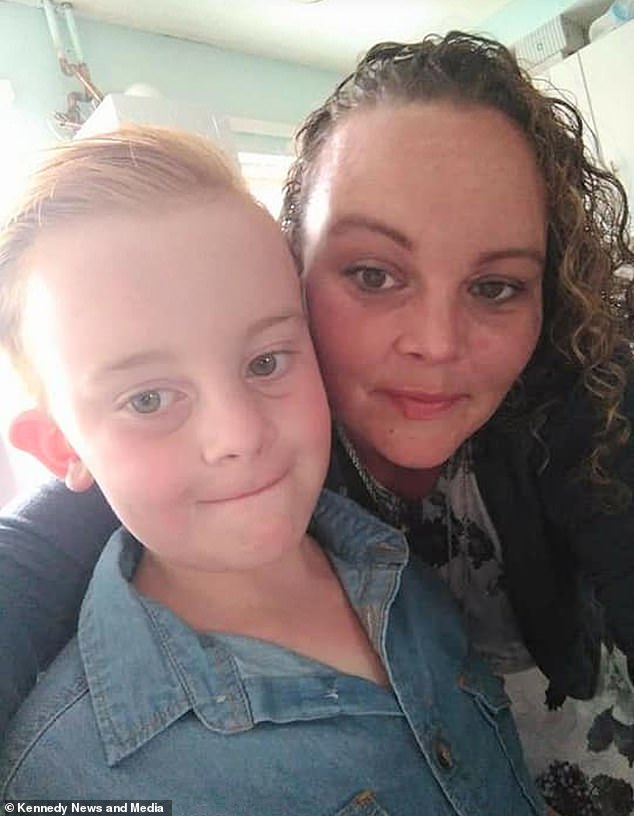 Ms Bowyer said: ‘My son ran behind the back of our chalet down a little path. [The open drains] are next to the path and there’s nothing stopping you going round there and they’re full of human waste.

‘You can see human faeces floating around in them and the smell coming from them is awful.

‘We had to scream at him to stop before he fell in it because he was going so fast. Luckily injury was averted.

‘It was absolutely awful so we spent the day at Parkdean. That’s a world away from Pontins. It’s beautiful there.

‘On the third day, the cleaner came round in the morning. She’d been there the previous day with a headache and temperature.

‘She came round and felt even worse so at the point I said to Nathan “this is too much – there’s no social distancing, no masks, no gloves”.

‘Myself and the other families were trying to make a joke that families normally bond over entertainment on holiday, whereas we were having to joke about the state of our rooms. 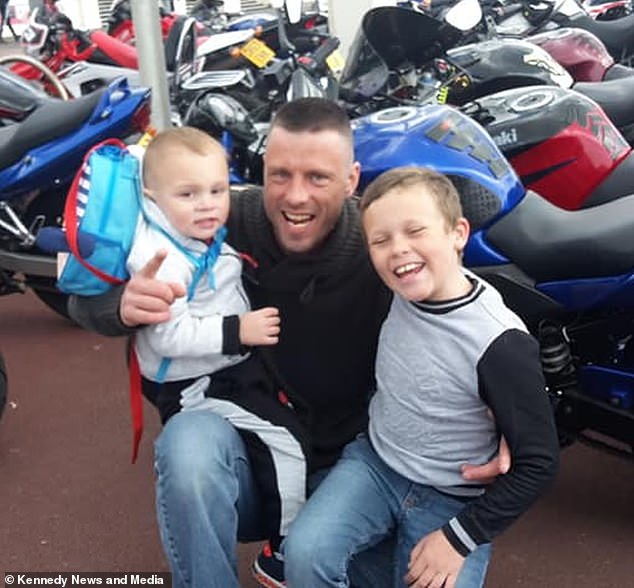 ‘One 80-year-old slept in her car because she was too tired to drive home and too scared to enter any apartments because of Covid.

‘The staff set the tone any way and they approach you with no PPE, no masks.

‘There’s nowhere to wash your hands and you wouldn’t dare use the hand sanitising stations. They were all disgusting.’

Now she is safely back home, Ms Bowyer claims she has emailed Pontins ‘almost every other day’ but received no acknowledgement of her complaint.

She claims Declan was so upset by how dirty the resort was that he is too scared to go on holiday again.

Ms Bowyer said: ‘If you stood at Pontins [Camber Sands] on a sign in day, you see loads of people dragging their kids back to the car screaming because they’ve got to go home and leave their holiday.

‘People are getting very angry and kicking off left, right and centre. 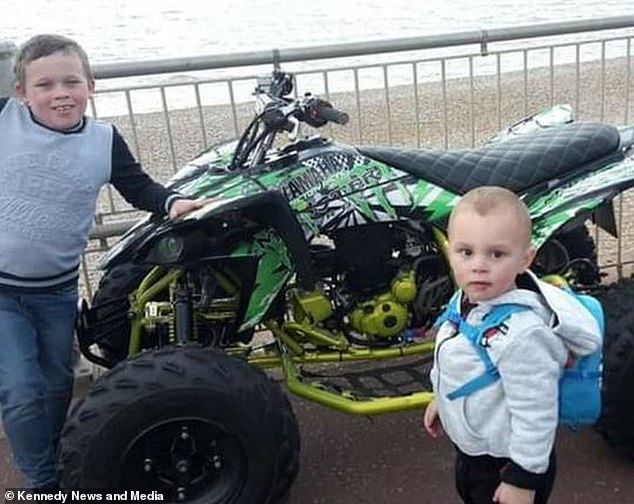 ‘I know there are people who passionately defend Pontins but I just can’t see why. The building itself is an absolute shambles.

‘I’ve emailed almost every other day. I’ve still had no response whatsoever from Pontins.

‘They are, even now, refusing to reply to us. I’ve emailed them 10 times now. I’m not worried about a refund – I’m more worried about the children running around the place.’

Environmental Health Officers from Rother District Council attended the site after reportedly receiving numerous complaints about the holiday destination and found no issues with their food standard or Covid measures.

However, the council pointed out that they have ‘no control over the quality or cleanliness of temporary holiday accommodation, and these complaints should be directed to the companies providing the accommodation’.