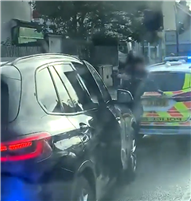 THIS is the moment a female police officer screams as an unmarked cop car ploughs into her.

Shocking footage shows the Met officer doubling up in pain as the black vehicle drives into her. 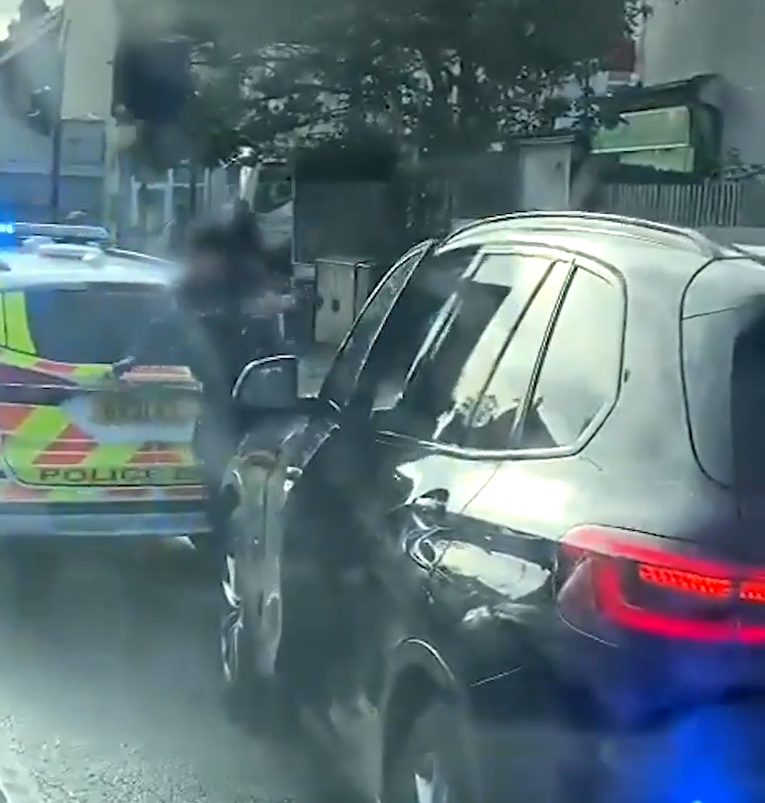 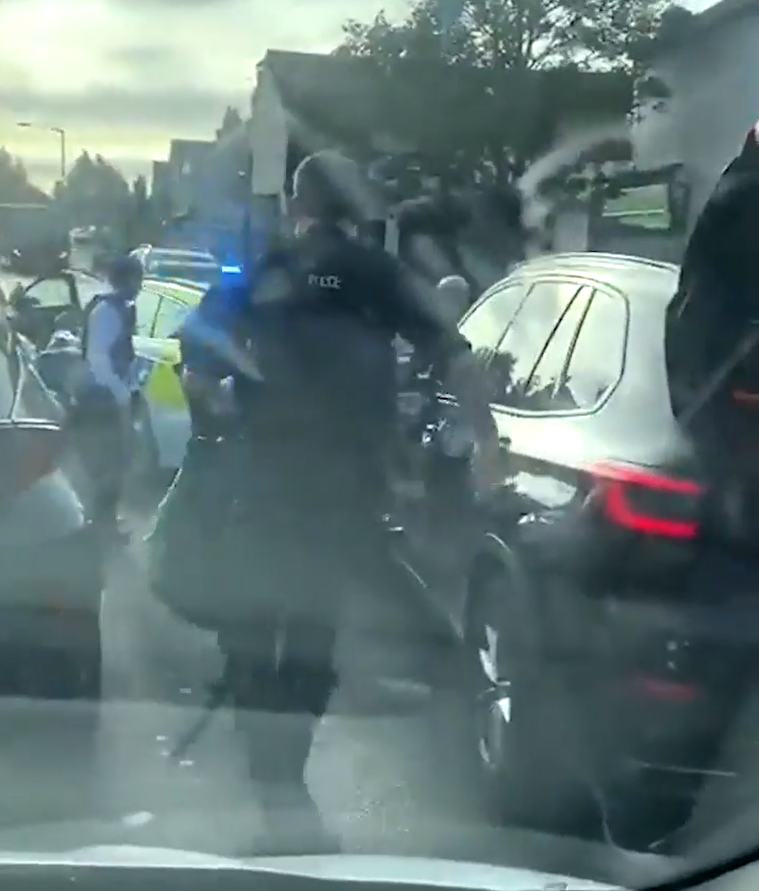 A spokesperson for the force said the female officer was hospitalised with non-life threatening injuries.

In the chaotic video, the female officer can be seen running to the boot of a police car before signalling frantically to another, unmarked, car.

The black vehicle – which has its lights and sirens flashing – careers towards the uniformed officer and fails to stop.

It is understood the smash took place during a burglary sting.

The police car jolts forward as the female officer screams and crumples behind the bonnet of the black vehicle.

The black then car quickly reverses and the woman can be seen yelling in pain.

The person filming from inside another car, opposite the scene, can be heard shouting and swearing in shock at the scene.

Two other female officers rush to the woman's side as she sinks to the floor, visibly in pain.

Other Met cops swarm over to help the woman, holding first-aid kits as the man filming says: "That fed's just crashed into another fed."

He explains moments before, five balaclava-clad youths are alleged to have jumped out of a nearby silver vehicle before running off.

A Metropolitan Police Spokesperson said: "On Tuesday, 26 October at 09:58hrs, officers from the Met’s South West Command executed an anti-robbery operation in Mitcham.

"An authorised pursuit of a vehicle was undertaken after it failed to stop for police when requested.

"The suspect vehicle came to a stop and the occupants fled on foot at Rowan Road, SW16.

"Following a foot chase, five males were arrested on suspicion of robbery, theft of motor vehicle and possession of an offensive weapon[s].

"During the operation a police officer was injured in a traffic collision involving a police vehicle.

"The injured officer was taken to hospital for treatment to injuries that are not life threatening." 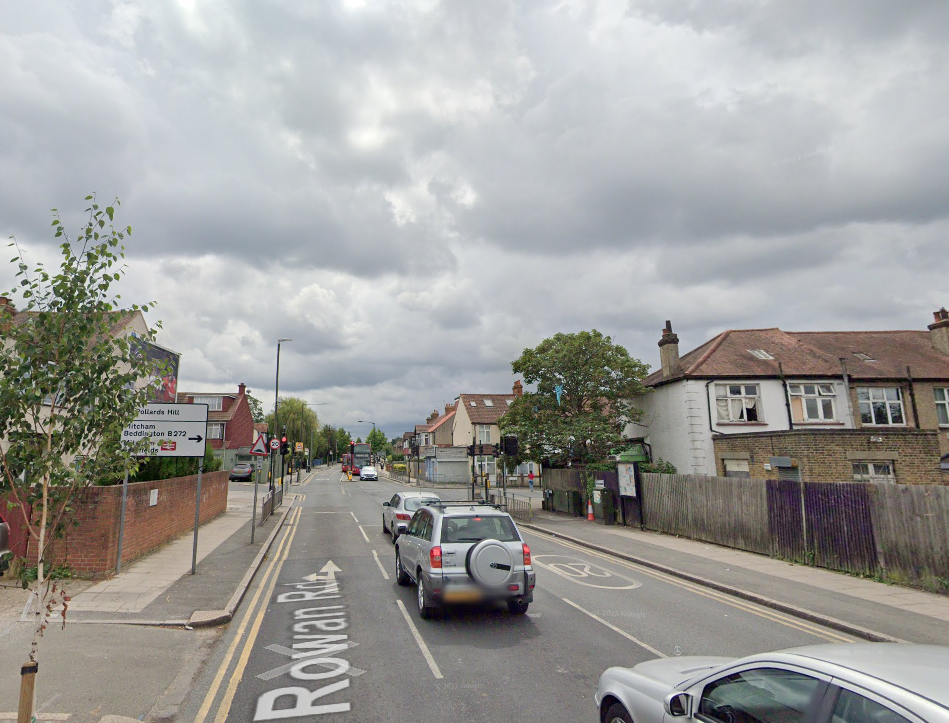