MATT Hancock will hit back against Dominic Cummings today as he faces MPs and a press conference in a bid to salvage his reputation.

The health secretary is set to launch a furious defence of his record in dealing with the pandemic and swat aside claims he's a serial liar. 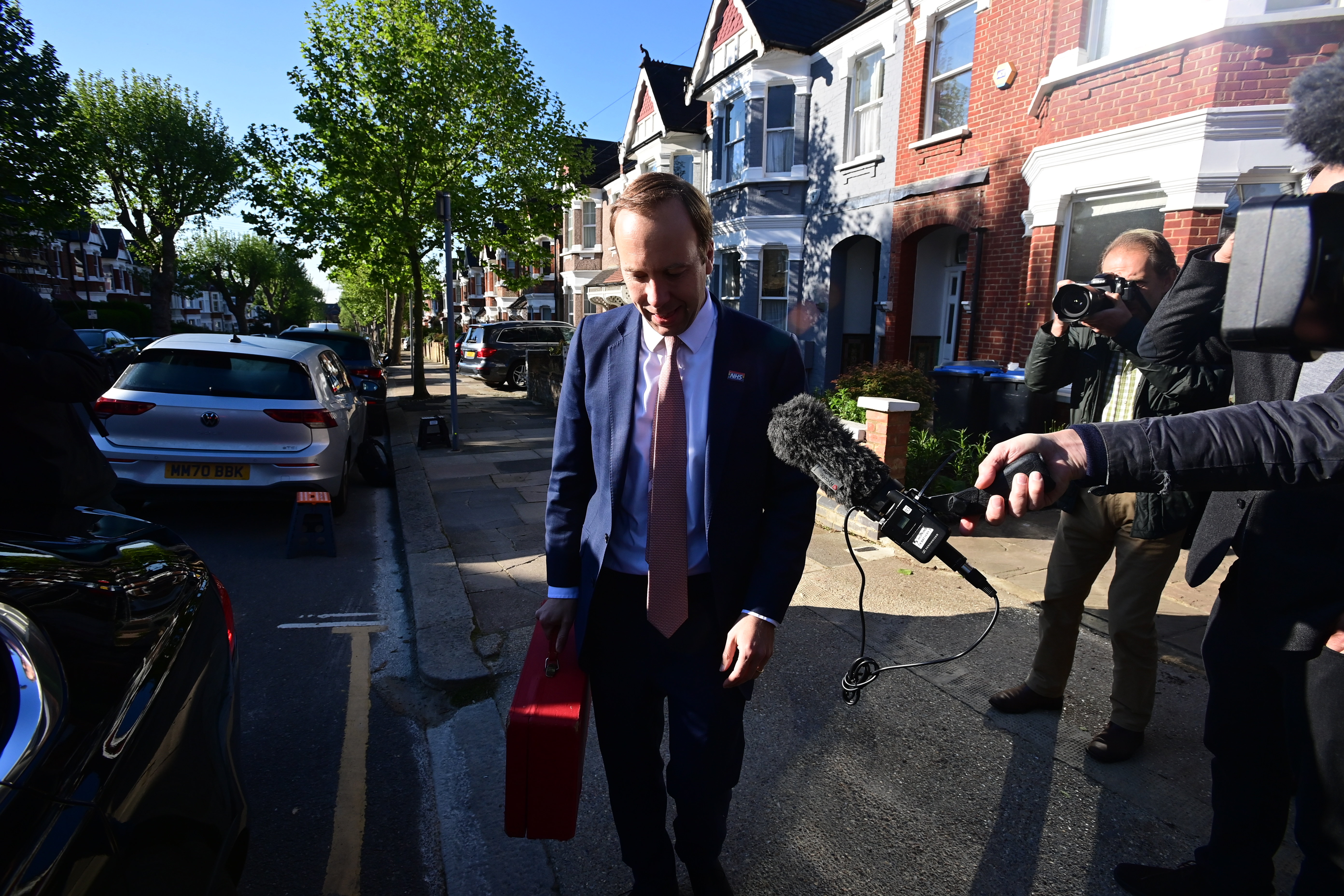 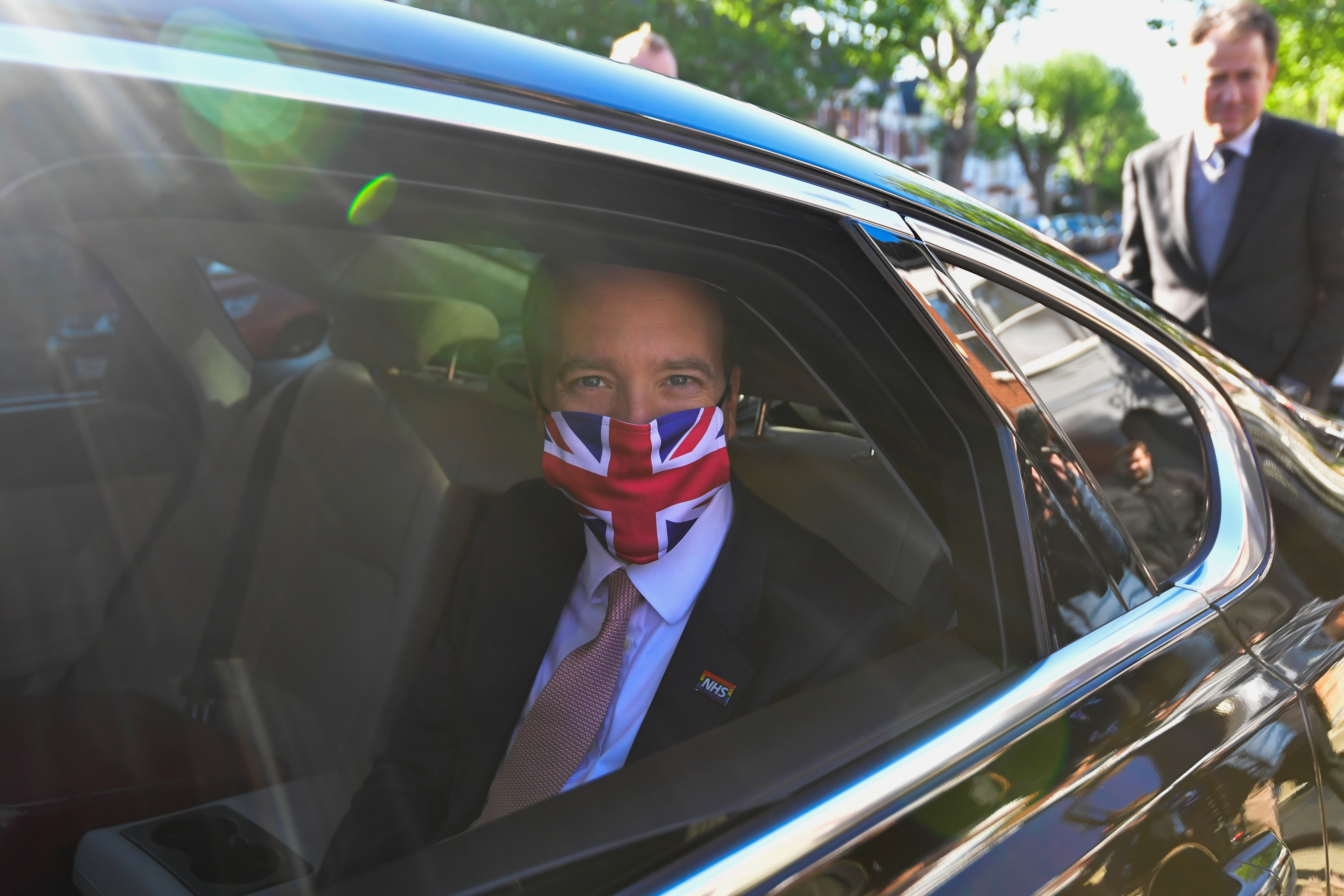 He will appear in the House of Commons at 10.30am before taking questions from the No 10 podium at 5pm.

Leaving home this morning, the Health Secretary said: "I'm just off to drive forward the vaccine programme and then I'll being going to the House of Commons and I'll answer questions there."

Boris Johnson is also set to hit back at his former chief aide when he appears before TV cameras during a trip to a hospital this morning.

Yesterday the PM insisted: “I am absolutely confident that we took the decisions in the best interests of the British people.”

In explosive testimony yesterday Mr Cummings claimed he was to blame for sending infected Covid patients back into care homes.

He said Mr Hancock should have been fired at least 15 times for lying and incompetence in an extraordinarily personal attack.

In a bombshell grilling session the ex No 10 chief adviser claimed he and other "senior people" in Government repeatedly urged the PM to give Mr Hancock the boot over "at least 15-20 things" he did wrong.

And he claimed that Boris Johnson almost kicked him out last April – but ultimately decided not to.

In a jaw-dropping appearance before MPs yesterday he laid into Mr Hancock in extraordinarily personal fashion and accused him of botching the early response to the spread of the virus.

Mr Cummings said at the start of the outbreak last year the Department of Health was a "smoking ruin" and had "no plan" for how to shield the vulnerable. 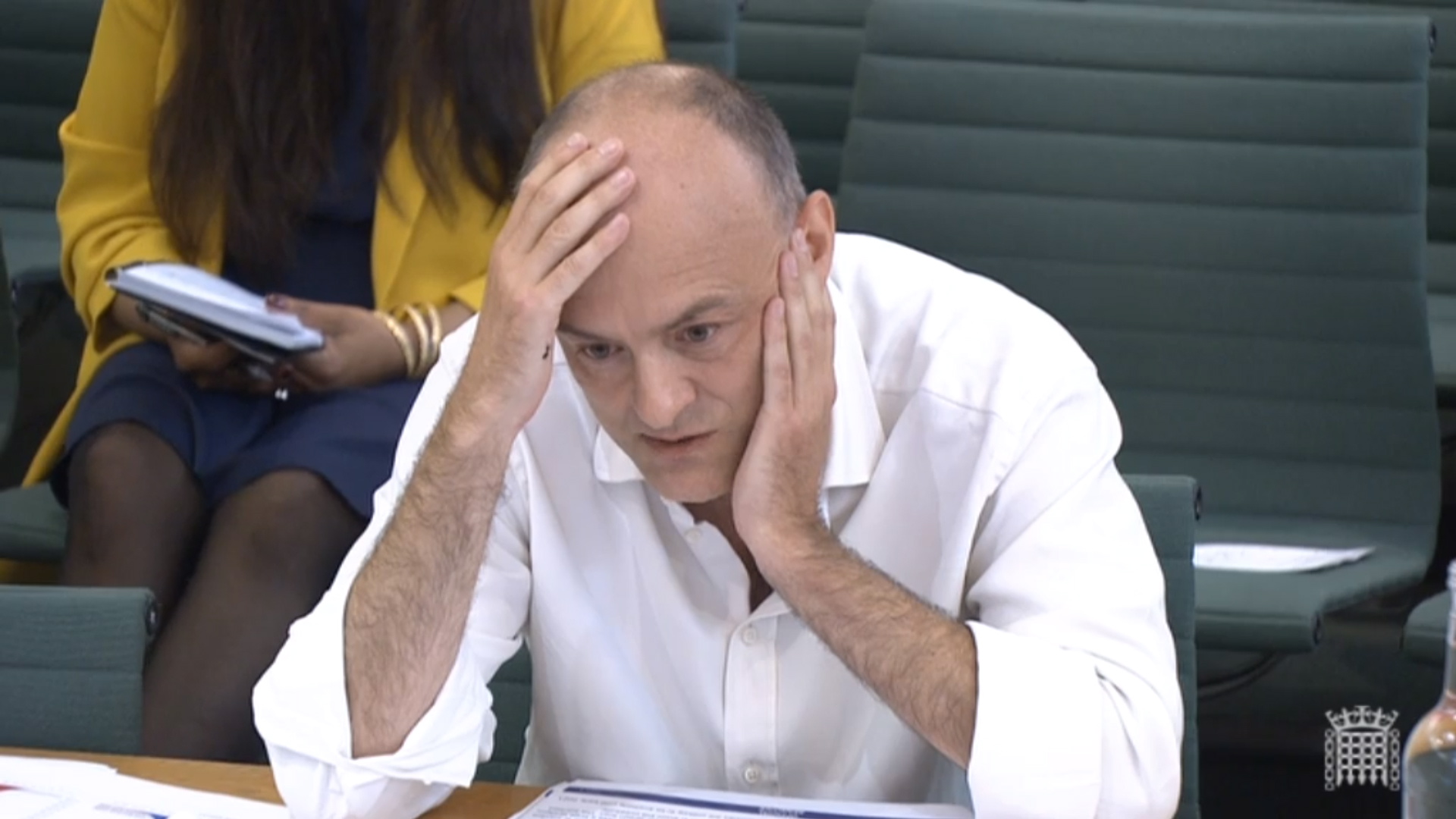 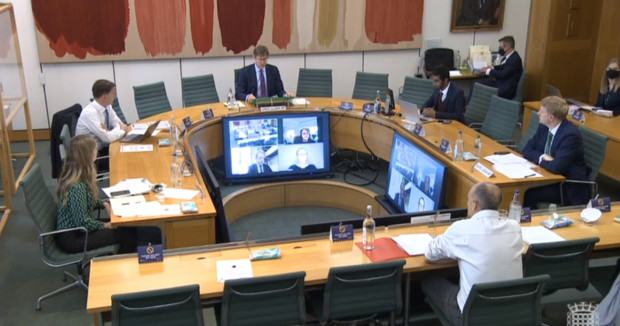 He also claimed it initially had been "turning down ventilators because the price was being marked up" and its system for buying vital PPE equipment like masks and gloves was "just completely hopeless".

Accusing him of "criminal, disgraceful behaviour" that caused serious harm, he slammed him for only caring about hitting his testing targets.

And he fumed: "The Secretary of State for Health should've been fired for at least 15-20 things, including lying to everybody on multiple occasions in meeting after meeting in the Cabinet Room and publicly."

He sensationally claimed Mr Hancock had reassured them that people were being tested in hospitals before being sent back into care homes but "that hadn't happened".

The promise to "put a shield around care homes" was "nonsense", he added.

"We were told there was a plan for shielding. We were told that people would be sent back after they've been tested for Covid. It turned out that neither of those things were correct."

"What the hell happened?" the PM is reported to have said when he found out.

Asked if people in Government should be worried about facing corporate manslaughter charges, he replied: "There's no doubt at all that many senior people performed far, far disastrously below the standards which the country has a right to expect.

"I think that the Secretary of State for Health is certainly one of those people.

"I said repeatedly to the Prime Minister that he should be fired. So did the Cabinet Secretary, so did many other senior people.

"There is no doubt that many senior people were just terrible."

Mr Hancock was defended by fellow Cabinet minister Rob Jenrick today, who said he had "worked exceptionally hard during this pandemic".

Asked if the Health Secretary was a serial liar, he replied: "That's not my experience.

"My experience of having worked with the Health Secretary and with the PM last year was of people doing everything they could under huge pressure, in a unique situation, to try and steer the country through the pandemic.

"Were there things we could've done differently or better? I'm sure there were, but there were also things the country got very right."

The Housing Secretary insisted Mr Cummings is only telling "one side of the story".

But he admitted the Government could have done more, in particular on care homes and imposing a second lockdown earlier.

He said: "I would love us to have protected more people's lives, and I am sorry for the errors and mistakes that we may have made."

MATT Hancock sent thousands of frail Brits to their deaths by allowing Covid to get into care homes — and then lied about it, Dominic Cummings claimed.

He said the Health Secretary should have been fired 15 or 20 times over a string of failures.

Mr Hancock was guilty of “criminal, disgraceful behaviour” for his errors over test and trace and PPE, the rogue ex-aide fumed.

The former aide said Boris Johnson was on the brink of firing Mr Hancock in April last year — a claim Downing Street did not deny.

But the PM did not go through with it as other aides advised him that Mr Hancock would be useful as a fall guy later on.

Mr Cummings said: “I said sack him almost every week, sometimes almost every day. He was told, though, you should keep him there, because he’s the person you fire when the inquiry comes along.”

He said the Health Secretary promised in the Cabinet room that all hospital patients discharged back into care homes would be tested — but they were not.

Mr Cummings said he and the PM discovered the truth only in April last year.

He added: “Now all the Government rhetoric of ‘we put a shield around care homes’ and blah blah, was complete nonsense.

“Quite the opposite of putting a shield around them, we sent people with Covid back to care homes.”

Last night Mr Hancock said he had not seen Mr Cummings’ evidence, “and instead I’ve been dealing with getting the vaccination rollout going, and saving lives”.

But earlier, his spokesman had said: “We absolutely reject Mr Cummings’ claims.”

The PM's spokesperson said that he has "full confidence" in Mr Hancock despite Dom's sensational claims.

Challenged on his explosive claims that Mr Hancock had lied to fellow ministers and the public, he said there were "numerous examples" of him doing so and promised to provide written evidence.

Mr Cummings said: "In the summer he said that everybody who needed treatment got the treatment they required.

"He knew that was a lie because he’d been briefed by the Chief Scientific Adviser and the Chief Medical Officer about the first peak, and we were told explicitly people did not get the treatment they deserved. Many people were left to die in horrific circumstances."

Pressed further, he added: "In mid-April, just before the PM and I were diagnosed with having Covid ourselves, the Secretary of State told us in the Cabinet room everything is fine on PPE, we’ve got it all covered.

"When I came back almost the first meeting I had in the Cabinet room was about the disaster over PPE and how we were actually completely short and hospitals all over the country were running out.

"I said to the Cabinet Secretary please investigate this to find out if this is true.

"The Cabinet Secretary came back to me and said it’s completely untrue, I have lost confidence in the Secretary of State’s honesty in these meetings.

Mr Cummings even said responsibility for testing had to be "taken away from Hancock" as the Health Secretary was obsessed with "stupid" targets.

He blasted: "The Secretary of State had made, while the PM was on his deathbed, this pledge to do 100,000 tests by the end of April.

"This was really an incredibly stupid thing to do. It shouldn't just be 100,000, we should be heading for a million tests a day.

"When I came back I started getting calls in No 10 saying Hancock is interfering with the building of the test and trace system.

"Because he's telling everybody what to do to maximise his chances of hitting his stupid target by the end of the month.

"We had Hancock calling them all saying down tools on this, do this, par tests back so that I can hit my target.

"He wanted to go on TV and say 'look at me'. It was criminal, disgraceful behaviour that caused serious harm.

"In my opinion he should have been fired for that thing alone."

During his hearing this morning Mr Cummings also repeatedly apologised for his own part in the botched early response to the pandemic, and admitted he should've called for a lockdown much earlier.

He said it was "crackers" that he and Boris Johnson were in charge of leading the country through such a crisis.

Mr Cummings said: "There's so many thousands and thousands of wonderful people in this country who could provide better leadership than either of those two."