The man accused of abducting a jogger and repeatedly raping her near Melbourne's Merri Creek will stand trial after pleading not guilty to all charges.

Police allege Joel Russo abducted the woman near a section of a running trail in Coburg on December 3 last year and over the following hours repeatedly raped her, held her head under water and choked her. 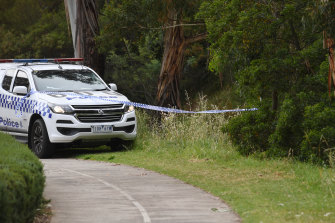 Police say the woman, aged in her 20s, was abducted about 6.30pm and managed to escape about 10pm when she persuaded Mr Russo to walk her to a McDonald's store in Brunswick East, where she screamed to raise the alarm and he fled. He was arrested at a service station in Carlton.

Mr Russo, 26, appeared at a five-day committal hearing in Melbourne Magistrates Court last week and afterwards was committed to trial.

The court confirmed he pleaded not guilty to 12 counts of rape and other charges including reckless conduct endangering life, attempted rape and sexual assault.

Mr Russo was remanded in custody to appear before the County Court in February, when a date for his trial will be set.

A previous court appearance was told he has mental health problems, an acquired brain injury and an intellectual disability.

His lawyers also previously indicated he could argue he was mentally impaired at the time, in order to contest the charges against him.

Catch all the day’s headlines

At the end of each day, we’ll send you the most important breaking news headlines, evening entertainment ideas and a long read to enjoy.  Sign up here.

Lates News:
2020-12-21
Previous Post: Shell reaps $2.5 billion from sale of minority stake in Queensland Curtis LNG facilities
Next Post: The foundation of China's economic recovery is 'not yet solid,' leaders say at a key planning meeting