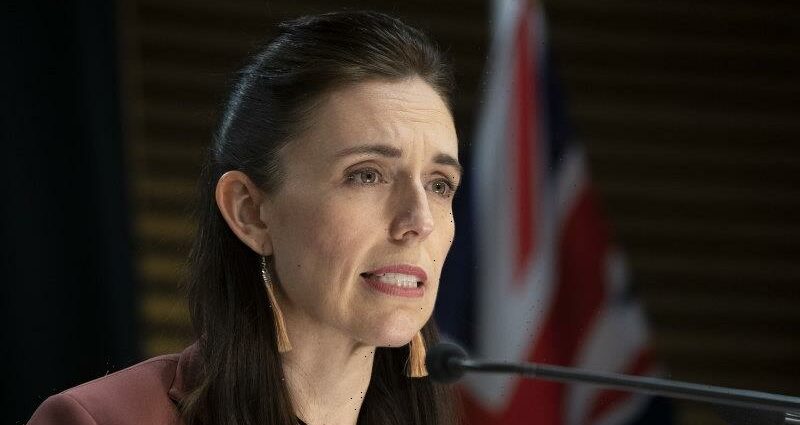 Wellington: Jacinda Ardern’s problem with next month’s climate summit is the opposite of Scott Morrison’s.

Under unrelenting pressure – including from Buckingham Palace – Morrison has decided to go to Glasgow.

Ardern is not going and faces no domestic political pressure to attend. Instead, the Government has been criticised for sending anyone at all – because the small team heading to Scotland will take up scarce places in hotel quarantine when they fly back, places that could go to people wanting to visit sick relatives or celebrate Christmas with their family. 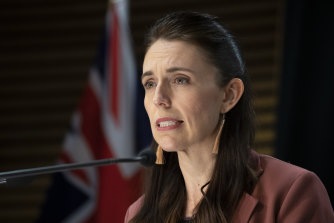 Prime Minister Jacinda Ardern won’t leave New Zealand because she would take up a place in hotel quarantine when she returned. Credit:Getty

Climate Change Minister James Shaw has had to repeatedly explain why he can’t just attend online and why the 16-hour days in Glasgow are not going to be much of a holiday.

To those accustomed to reading headlines about how seriously New Zealand is taking climate change, this might seem strange. Why is Ardern, who called climate change the nuclear-free issue of her generation, not making the trip?

Part of the difference is just political cultures: the idea of a politician isolating at home, as Morrison did after an overseas trip, is not conceivable in Wellington. There’s a reason Ardern waited months to get vaccinated, until it was absolutely clear that she was not cutting in line, while Morrison was one of the first. Probably the most appealing thing a Kiwi politician could be caught doing is waiting in line at the post office.

Ardern also has a pretty solid excuse: She’s hosting the regional APEC economic forum at the same time, even if that is happening virtually.

But the fact she has not been pushed on the matter speaks to the wider politics of climate change in our two countries.

Australia is undoubtedly a worse offender. In 2018, it emitted about twice as much per person as New Zealand did. We are yet to see a prime minister fall because they tried to do something on climate change. While New Zealand mines coal, it does not do it at anywhere near the scale that Australia does. Our electricity market is almost all renewable thanks to our giant hydro dams; Australia’s is almost all fossil-fuel based. And we do have a way of pricing carbon emissions – a complex cap and trade scheme, rather than a straight carbon tax.

Probably the most appealing thing a Kiwi politician could be caught doing is waiting in line at the post office.

Yet, the country has been resting on its laurels, allowing emissions to creep up over the years. Without huge bushfires, climate change still feels like something that happens to other countries, even as farmers battle the recent droughts. The hydro dams – largely built long before climate change was a political issue – give us a useful leg-up in power generation, but we haven’t built a new one in decades, while wind and solar are unlikely to be able to power all the new-generation electric cars we will need.

Then there’s our largest single source of greenhouse gas emissions: agriculture. Decades after we got rid of subsidies for this most stereotypical of Kiwi industries, the sector enjoys an effective subsidy on climate change. All other emitters are part of the Emissions Trading Scheme, agriculture is not. Dairy farmers, who are generally the newest on the scene and also the most indebted, retain a large amount of political sway.

There is a legitimate debate to be had about whether methane emissions – which are more damaging than carbon dioxide emissions in the short term, but go away far faster – should be accounted for the way they are. But that is not generally the tenor of the debate. Instead, there is a lot of talk about big-city bureaucrats not understanding how hard it is to work the land.

Ask Ardern about this and she will note that New Zealand does, technically, have a plan to price agricultural emissions – in 2025. But this could prove politically impossible. Even a policy that could increase taxes on new higher-emitting vehicles such as utes has already prompted nationwide marches from farmers. A proper fee on methane emissions will likely see tractors driven up the steps of Parliament once again. If the government doesn’t hold its nerve, it’ll be hard to disagree with Greta Thunberg’s withering putdown of Ardern in late September: “It’s funny that people believe Jacinda Ardern and people like that are climate leaders. That just tells you how little people know about the climate crisis.”

Ardern talks a big game. But the emissions keep going up.

Henry Cooke is the chief political reporter at Stuff.co.nz