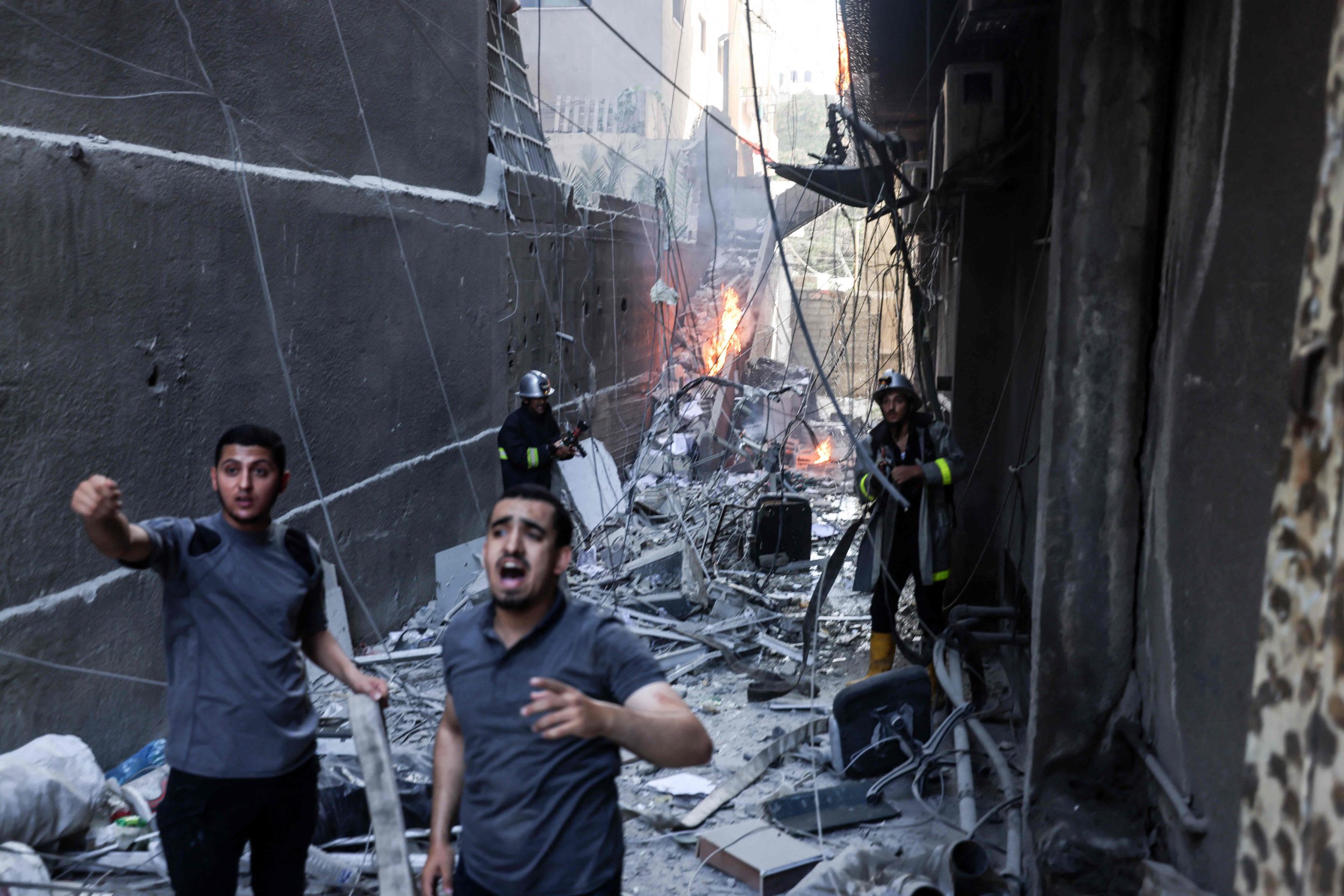 Israel unleashed a wave of air strikes in Gaza, killing at least nine people, including a militant commander and a five-year-old child.

Tel Aviv is now braced for retaliatory rocket attacks as the chances of another war in the territory look more likely.

Pressure was mounting over the arrest of a senior militant in the occupied West Bank earlier this week.

Palestinian officials said at least 44 were wounded in today’s strikes. An Israeli spokesman said it had killed 15 terrorists, but did not have a final casualty total.

‘The IDF is currently striking in the Gaza Strip. A special situation has been declared on the Israeli home front,’ the Israeli Defence Force said in a statement.

Israel’s Army Radio reported that military reservists were already being called up for the region near Gaza, which has been ruled by the militant Hamas movement since 2007.

A Palestinian Islamic Jihad official confirmed that Tayseer al-Jaabari, whom the Israeli military described as the main coordinator between Islamic Jihad and Hamas, had been killed in the strikes, which hit several targets around the densely populated strip.

Smoke rose from a building where al-Jabaari was apparently killed and glass and rubble were strewn across the street amid the sound of ambulances racing to other sites.

The strikes came after Israel arrested Bassam al-Saadi, a senior leader of the Palestinian Islamic Jihad group, during a raid in the occupied West Bank city of Jenin earlier this week.

It subsequently closed off all Gaza crossings and some nearby roads over fears of retaliatory attacks from the group, further restricting Palestinian movement.

‘The goal of this operation is the elimination of a concrete threat against the citizens of Israel and the civilians living adjacent to the Gaza Strip,’ Prime Minister Yair Lapid said in a statement.

‘There are no red lines in this battle and Tel Aviv will fall under the rockets of resistance, as well as all Israeli cities,’ he said.

The Israeli military spokesman said authorities expected there would be rocket attacks against the centre of Israel but said Iron Dome anti-missile batteries were operational.

He said plans to allow fuel trucks into Gaza to keep the area’s sole power plant operational had been dropped at the last minute as intelligence picked up movements that indicated attacks on Israeli targets were imminent.

The attacks came as Egyptian officials were seeking to mediate between Israel and Hamas.

Gaza, a narrow strip of land where some 2.3 million people live on a patch of 140 square miles, has been a constant point of conflict ever since Hamas took control of the area in 2007.

‘We have not yet been able to reconstruct what Israel had destroyed a year ago. People didn’t have the chance to breathe, and here Israel is attacking again without any reason,’ said Mansour Mohammad-Ahmed, 43, a farmer from central Gaza.

Israel has fought five conflicts with Gaza since 2009, the most recent an 11-day war in May 2021, when Hamas fired thousands of rockets into Israel.

The militant group killed 13 people and Israel pounded the strip with airstrikes that killed at least 250 Palestinians.