Hurricane Jerry path: Storm on devastating route as it strengthens into hurricane – MAP

Tropical Storm Jerry is currently churning through the Atlantic, whipping out winds of 65mph. The National Oceanic and Atmospheric Administration (NOAA) said they are expecting Jerry to strengthen into a hurricane on Thursday. The system will be considered a Category 1 hurricane when the winds begin blowing at 74 mph, according to the Saffir Simpson hurricane wind scale.

Where is Tropical Storm Jerry heading?

Tropical Storm Jerry is currently heading west-northwestward at 15mph towards the Leeward Islands.

Currently located about 625 miles east of the islands, it is expected to close in on the area on Friday.

Although the core of the storm is currently expected to pass north of the islands, tropical-storm-force winds and locally heavy rainfall are possible. 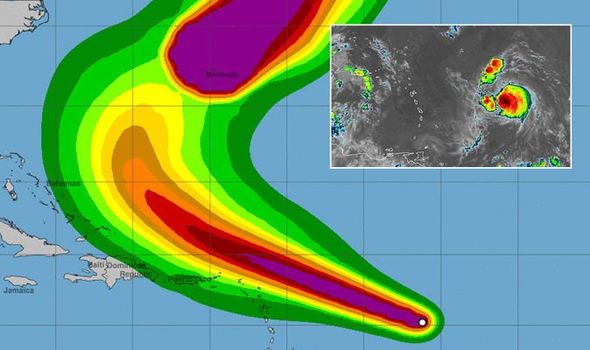 Tropical storm watches have been issued for a portion of the Leeward Islands.

NOAA said in its latest advisory: “Jerry should move along the southwestern periphery of a subtropical ridge over the next couple of days.

“In three to five days, the tropical cyclone is likely to turn northwest, north-northwest, and eventually north following a weakness in the ridge near 70 to 75W longitude.

“The official track forecast is close to the latest corrected multi-model consensus guidance.” 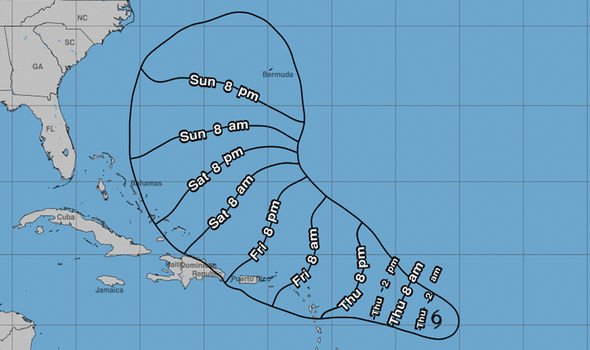 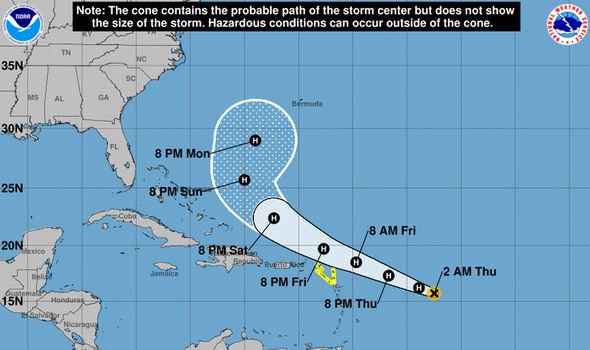 On Saturday Jerry is forecast to track north of Puerto Rico.

Jerry is the tenth named storm of the 2019 Atlantic hurricane season.

The powerful storm is expected to produce total rainfall accumulations of one to two inches with maximum amounts of three inches across the northern Leeward Islands, the Virgin Islands and Puerto Rico.

Swells generated by Jerry are forecast to affect portions of the northern Leeward Islands by later on Thursday.

These swells are likely to cause “life-threatening surf and rip current conditions”, NOAA warned. 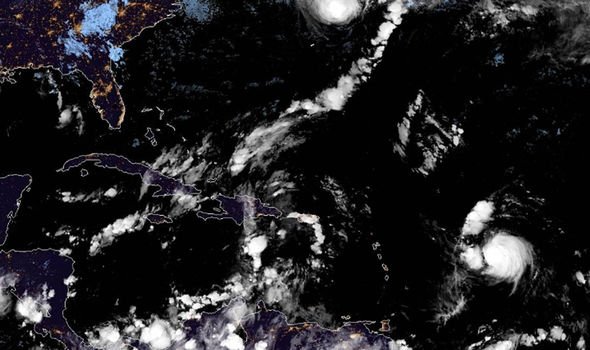 A Tropical Storm Watch is in effect for

A Tropical Storm Watch means that tropical storm conditions are possible within the watch area, generally within 48 hours.