Hurricane Humberto could strengthen into a major hurricane this week. The massive storm is currently whipping out maximum sustained winds of 90mph, but should it strengthen into a major storm, Humberto would have winds of 111mph or higher, according to the Saffir Simpson wind scale. Humberto became the third hurricane of the 2019 Atlantic hurricane season late Sunday night and is currently moving east-northeastward away from the Florida Coast.

Maps from the National Oceanic and Atmospheric Administration (NOAA) now shows the storm may threaten Bermuda later this week.

NOAA has issued a tropical storm watch for the British island territory.

This means tropical-storm-force winds are possible within the next 48 hours.

The agency has urged the approximately 65,000 residents to “please monitor products issued by your national meteorological service”. 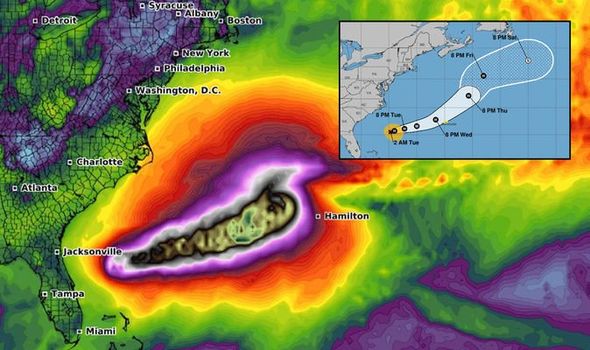 On the forecast track, the centre of Humberto is expected to approach Bermuda on Wednesday morning.

“Many trees will be snapped or uprooted, blocking numerous roads. 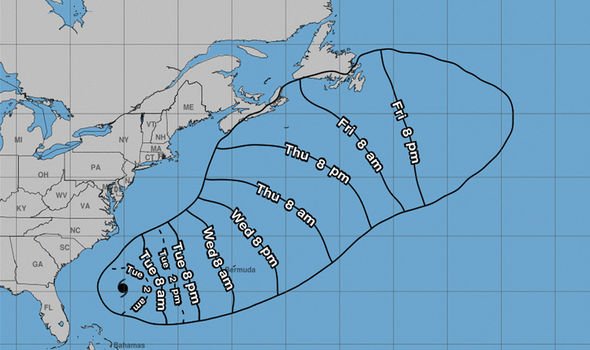 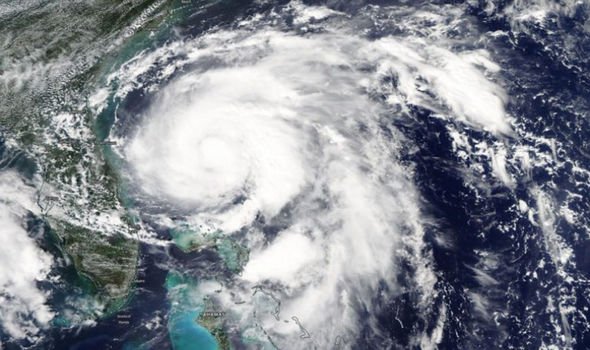 “Electricity and water will be unavailable for several days to weeks after the storm passes.”

It is still too early to give a good estimate as to how close the core of the hurricane will come to Bermuda.

People in the predicted path should not focus on the exact forecast track, the NOAA said, adding “only a slight deviation to the right could bring the centre near or over the island”.

Large swells from Hurricane Humberto will being to affect Bermuda by late Tuesday. 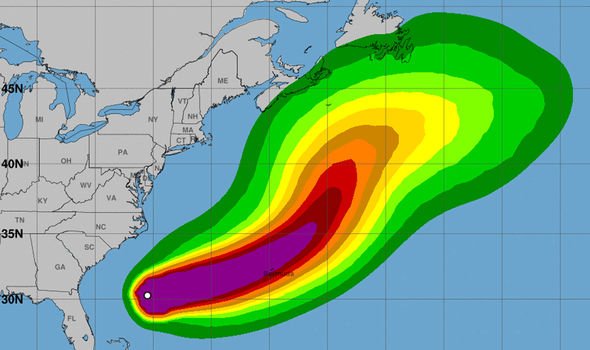 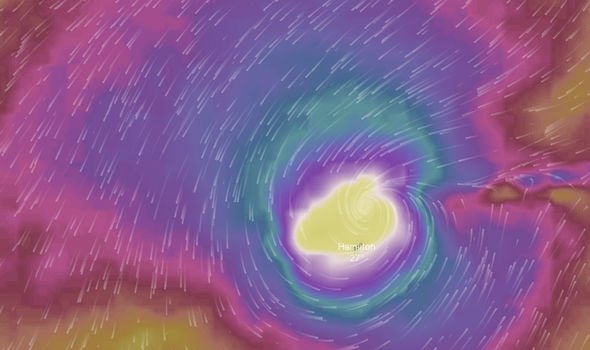 Portions of the northwestern Bahamas and southeastern US coast should also feel this impact during the next couple of days.

These swells are expected to produce dangerous surf conditions and life-threatening rip currents.

On Monday, Humberto continued to get better organised to the west of Bermuda and was pushing large swells that were affecting much of the southeastern US coastline.

NOAA cautioned that these swells could bring “danger-to-life” conditions to Florida.