HONG KONG (Reuters) – Some anti-government protesters trapped inside a Hong Kong university on Wednesday tried to flee through the sewers, where one student said she saw snakes, but firemen prevented further escape bids by blocking a manhole into the system.

Reuters witnesses said fewer than 100 protesters remained inside the Polytechnic University, ring-fenced 24 hours a day by riot police, after more than 1,000 were arrested from late on Monday.

Some surrendered while others were held during escape attempts that included trying to clamber down ropes to waiting motorbikes on Monday night, with protesters throwing petrol bombs and police responding with tear gas, rubber bullets and water cannon.

The streets were quiet on Tuesday and Wednesday.

Protesters, wearing waterproof boots and carrying torches, resurfaced inside the campus after unsuccessfully probing the sewers – where fast-rising water levels are also a hazard – for a way out during the night.

Police said six people were arrested on Wednesday – four while removing a manhole cover outside the campus and two climbing out.

Firefighters, whom the students let on to the campus, were in place to stop any further attempts, blocking the only feasible entrance into the sewer system in an underground car park on campus.

“The sewer was very smelly, with many cockroaches, many snakes. Every step was very, very painful,” said Bowie, 21, a student at Hong Kong University who was forced to turn back.

“I’d never thought that one day I would need to hide in a sewer or escape through sewers to survive.”

The university on the Kowloon peninsula is the last of five that protesters had occupied to use as bases from which to disrupt the city over the past 10 days, blocking the central Cross-Harbour Tunnel and other arteries.

“This mission is a loss,” said Brutus, 21, who became a protest frontliner in August. He and his girlfriend were taking a break to eat an orange, a Snickers bar and hard boiled eggs in one of the classrooms.

“After all of the things that happened, I don’t think protesters taking control of the universities was a good option. We don’t have gear like the police. We are not well-organized like the police.”

Brutus said he also felt bad about damage to the university. Breaking the CCTV cameras was fine, he said, because that was about protecting people. But other damage was wrong – especially to the library.

“We are here to learn. Now we can’t pass those books to the students coming in next year. That is a great loss.”

He and his girlfriend left to look for a way to escape.

Police said nearly 800 people had left the campus peacefully by late on Tuesday and they would be investigated, including nearly 300 under the age of 18. At least 24 were seen walking out on Wednesday.

Hong Kong leader Carrie Lam has called for a humane end to a siege that saw the most intense clashes since the protests escalated more than five months ago.

Police said they had no plans to storm the campus, now wrecked and daubed with graffiti, parts of it stinking of petrol used to make Molotov cocktails and rotten food, with broken glass everywhere. “Ideas are bulletproof,” was spray-painted in a few places.

Demonstrators are angry at what they see as Chinese meddling in freedoms promised to Hong Kong when the then British colony returned to Chinese rule in 1997. They say they are responding to excessive use of force by police. 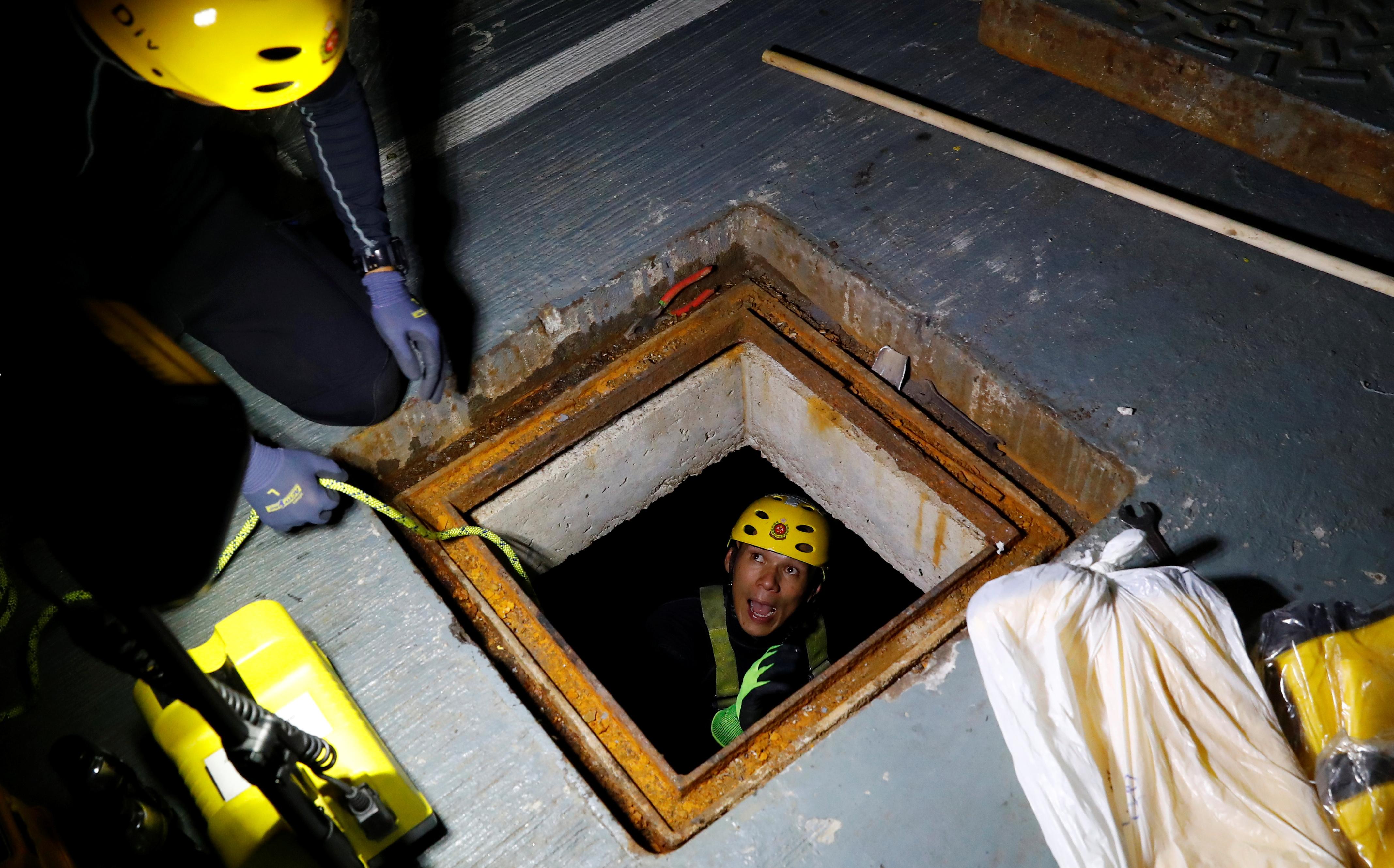 The unrest marks the most serious popular challenge to Chinese President Xi Jinping since he came to power in 2012.

Protesters on the campus still have vast stocks of petrol bombs, bows and arrows and other makeshift weapons after a weekend of fiery clashes.

Police tightened security around the university, making the streets safe enough for a late Tuesday visit by the force’s new commissioner, Chris Tang, on his first day on the job.

Tang is under pressure to restore police morale as well as public confidence in a force that has come in for widespread criticism for increasingly violent tactics. Police deny using excessive force.

Police have made more than 5,000 arrests in connection with the protests since June.

The number of criminal damage cases reported between June and September was up 29.6% on the same period last year, Commerce Secretary Edward Yau said in a written statement. Arson cases were up 57.4%.

Chinese leaders say they are committed to Hong Kong’s “one country, two systems” formula for autonomy and have accused foreign countries, including Britain and the United States, of stirring up trouble.

Ties between China and those two countries came under strain over Hong Kong on Wednesday.

“We were shocked and appalled by the mistreatment he suffered while in Chinese detention, which amounts to torture,” Raab said.

A Chinese foreign ministry spokesman said Cheng had been detained for 15 days and had admitted his offences. All of his legal rights were safeguarded, the spokesman said. 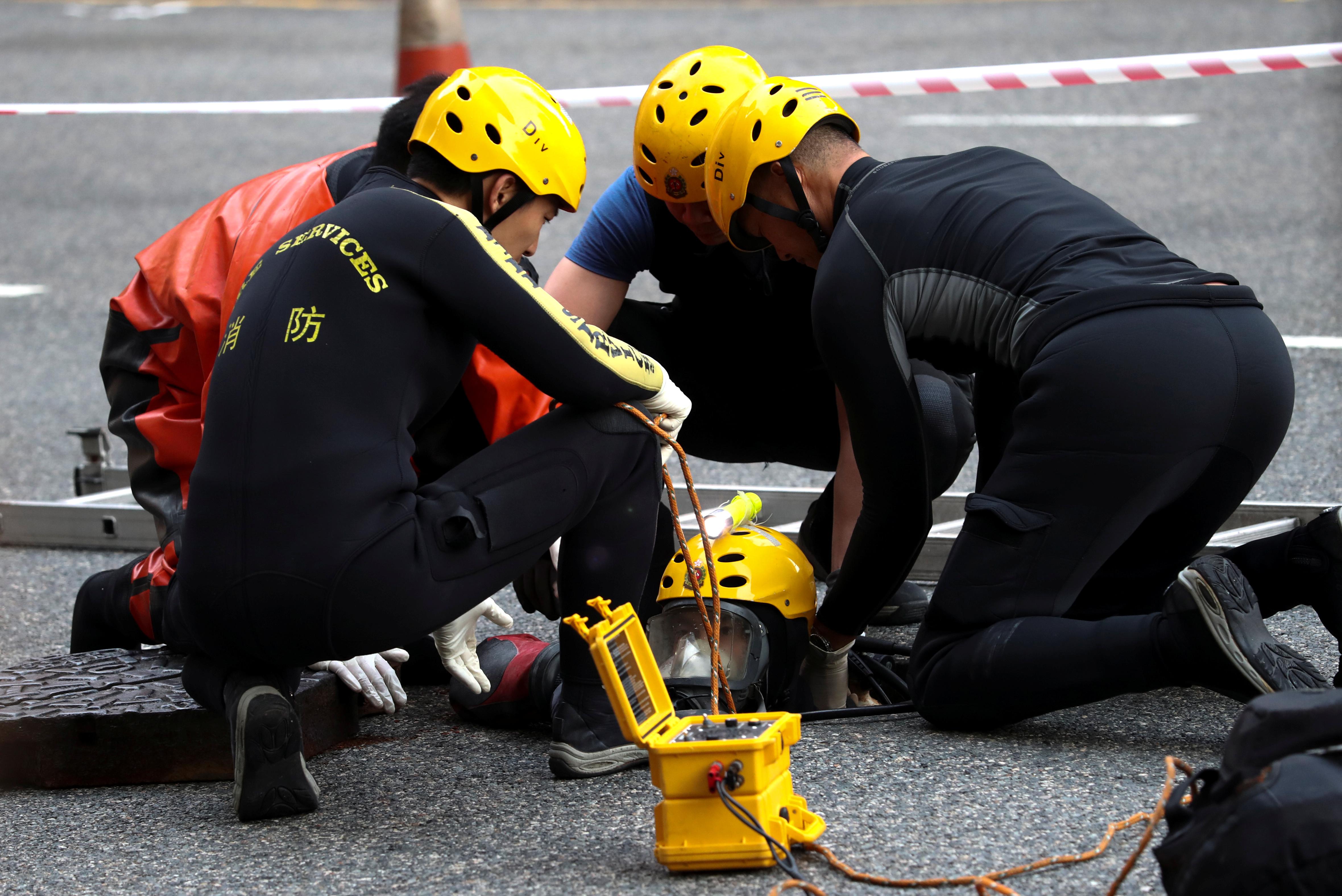 The U.S. Senate unanimously passed the “Hong Kong Human Rights and Democracy Act”, which would require the secretary of state to certify at least once a year that Hong Kong retains enough autonomy to qualify for special U.S. trading consideration and would impose sanctions against officials responsible for rights violations.

China summoned a representative of the U.S. embassy in Beijing over the legislation and demanded that the United States stop meddling, the foreign ministry said.

The Hong Kong government expressed “deep regret” over the bill.