MINISTERS have ruled out banning outdoor smoking after a flurry of councils drastically vowed to stamp out the habit.

The Government refused to cave for fear that scores of pubs will go to the wall if punters are no loner allowed to enjoy a cigarette with their pint. 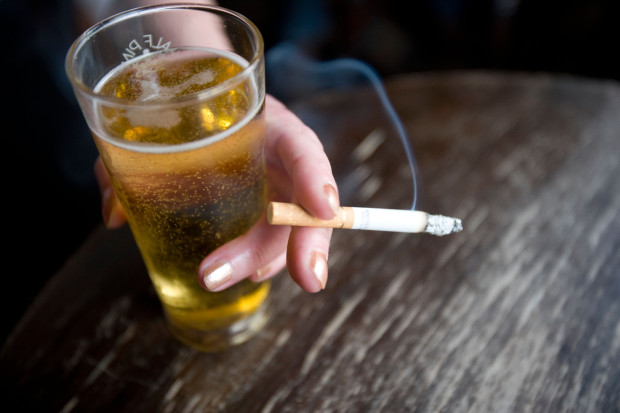 Six English regions have now announced they will ban smoking outside bars and restaurants.

The Government says it is "on track" to become a "smoke-free country" by 2030 – which involves whittling down the UK's smokers to 5 per cent.

A tobacco control plan is being published later this year – yet in a slap-down to councils will stop short of outlawing outdoor smoking.

Predicting a bar staff bloodbath, a Government source said: "The government will not ban outdoor smoking.

"Since the existing ban was introduced, businesses have invested heavily in their outdoor areas and banning outdoor smoking would lead to significant closures and job losses."

Northumberland County Council and North Tyneside Council are also telling outside drinkers to stub it out.

And Gateshead Council does not have an official policy in place but all licences state pavement cafes must be smoke-free.

The local authorities followed Oxford, who plan to ban smoking outside of bars and restaurants when lockdown ends.

The city is hoping to wipe out the habit completely by 2025 – five years ahead of the government's target.

Indoor smoking in pubs is already banned and landlords serving food also have the power to disallow cigarettes.

A government spokesperson said: "Smoking rates are at record low levels in the UK and we are on track to deliver on our ambition to become a smoke-free country by 2030.

"We are making huge progress, but there is further to go. While we will not ban outdoor smoking, we are determined to address the damaging health implications of smoking and we are backing this commitment up with substantial investment."