But what is Tanabata and how is it celebrated?

Tanabata is an annual Japanese tradition commemorating the fabled reunion of two star-crossed lovers, kept apart by the vast expanses of the Milky Way.

First observed in Japan's Imperial courts in the 8th century, the history of Tanabata goes back over 2,000 years, and is based on an old Chinese myth.

There once was a weaver princess named Orihime, the daughter of the Sky King, and a cow herder prince named Hikoboshi.

They lived peacefully by the 'heavenly river' of the Milky Way however after they met and fell in love, they began to neglect their work.

Orihime ceased to weave cloth, and Hikoboshi allowed his cows to wander all over the skies. This angered the king, so as punishment he separated the two lovers across the Milky Way.

Eventually, the king relented and allowed Orihime and Hikoboshi to meet once a year, on the seventh day of the seventh month.

The legend stresses that they can't meet if it's raining, so it is customary for people to pray for good weather on this day. 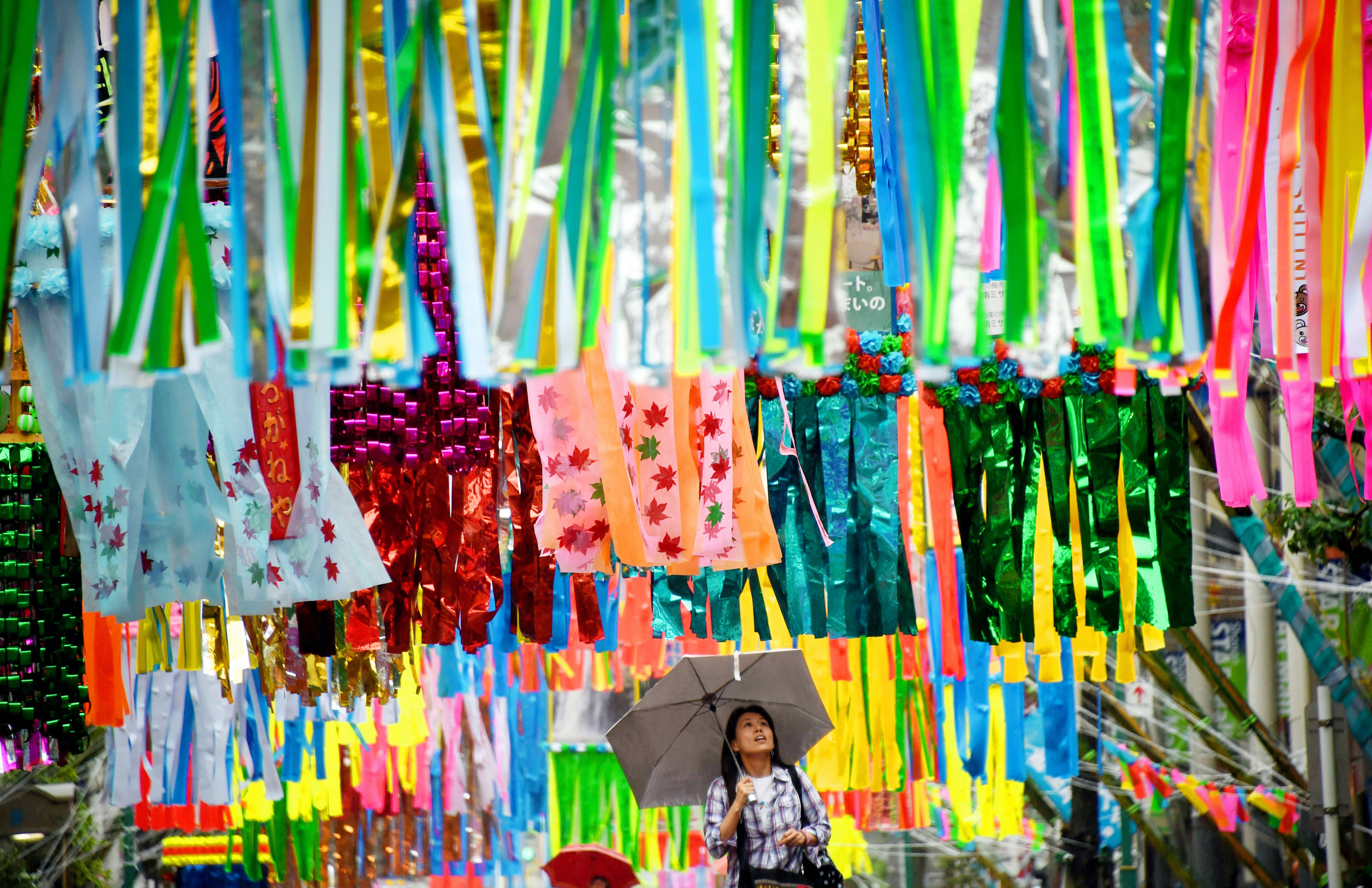 How is Tanabata celebrated?

The celebration of Tanabata, or the Star Festival, involves a Japanese tradition in which people write their wishes on small, colourful strips of paper (tanzaku), and hang them on the branches of a bamboo tree in the hope they would come true.

It is celebrated on the seventh day of the seventh month, but Tanabata festivals are also held across Japan in June, July and August.

One of the most famous events takes place on August 6-8, in the city of Sendai, about an hour and 40 minutes out of Tokyo.

After an impressive fireworks display on August 5 to open the festival, dozens of handmade streamers are hung from bamboo poles throughout the city.

The bamboo and decorations are often set afloat on the river or burned after the festival, at around midnight the next day.

In Tokyo, people celebrate in the neighbourhood of Asagaya with giant papier-mache sculptures of Hello Kitty, Disney and anime characters.

In Osaka, they create their own Milky Way, by setting approximately 50,000 blue lights afloat on the Okawa River.

What is a Google Doodle?

In 1998, the search engine founders Larry and Sergey drew a stick figure behind the second 'o' of Google as a message to that they were out of office at the Burning Man festival and with that, Google Doodles were born.

The company decided that they should decorate the logo to mark cultural moments and it soon became clear that users really enjoyed the change to the Google homepage.

Now, there is a full team of doodlers, illustrators, graphic designers, animators and classically trained artists who help create what you see on those days.

Google kicked off 2019 with an animated Doodle of New Year's Eve celebrations.

And on February 5, 2019, the Chinese New Year was celebrated with a hand animation transforming into a pig.

St Patrick's Day on March 17 was remembered with a Celtic Google Doodle.

And on March 21, Google Doodle used AI for the first time in a tribute to Johann Sebastian Bach.

The Doodle allowed users to create their own tune.

And Google also celebrated the Women's World Cup with Doodles for each participating team.

Rolls-Royce Tones Down $332,500 Ghost in Latest Bid for Relevance