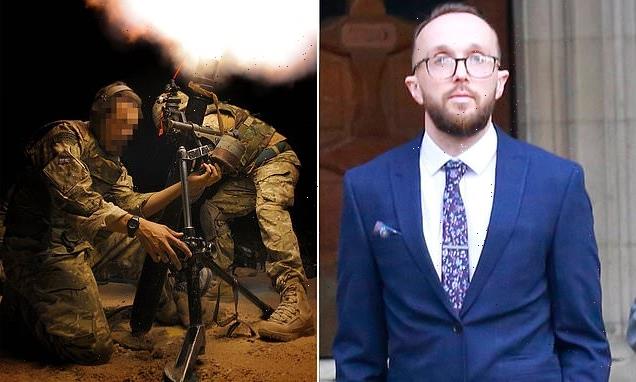 A former Royal Marine is suing the Ministry of Defence (MoD) for £1.5m after claiming ‘useless’ earplugs provided to him contributed to his hearing loss.

James Barry, said he dreamed of joining the Special Boat Service (SBS), the Navy’s version of the SAS, but was unable to do so because of the damage to his hearing meant he had to be medically discharged.

The 34-year-old, who now works as a lorry driver, told a judge ‘hearing loss and tinnitus’ were caused by his ‘exposure to noise during his service in the Royal Marines’ between 2013 and 2017.

The MoD has accepted primary liability for the claims, but argues that Mr Barry was partly to blame as he did not use the ear protection when required. It also disputes the amount of damages claimed.

James Barry, pictured here outside the High Court on Thursday, is suing the MoD for £1.5million over hearing loss which developed while he was in the Royal Marines 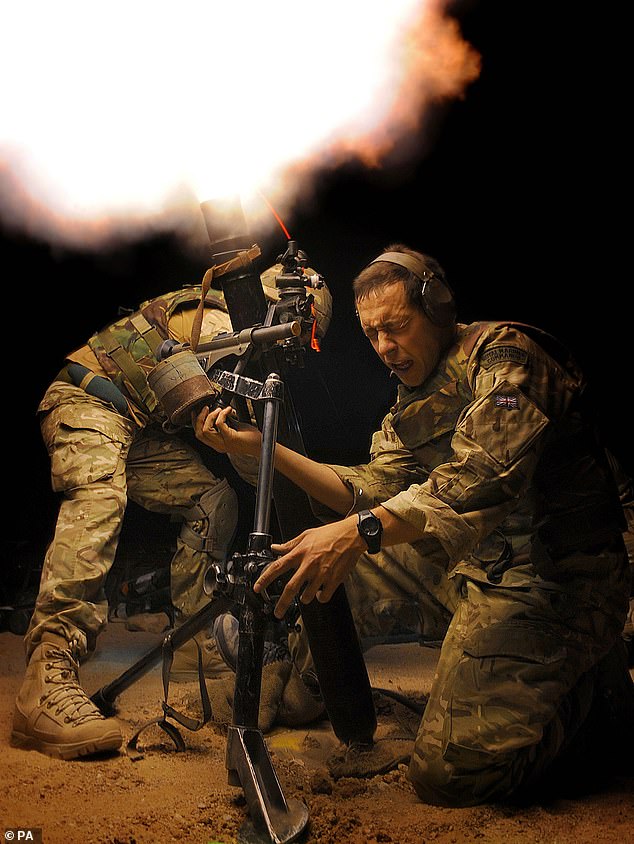 The former marine says he first noticed problems with his hearing after taking part in a training exercise in California in 2014. Pictured: Two Royal Marines take part in the same exercise in 2013

A trial over the claims has got underway at the High Court in London, with lawyers for Mr Barry claiming he had noticed a hearing problem after returning from an exercise in the United States in 2014.

Harry Steinberg KC, who is leading Mr Barry’s legal team, said: ‘The claimant seeks damages for noise-induced hearing loss and tinnitus caused by his exposure to noise during his service in the Royal Marines.

Army tank driver who claims he suffers hearing loss from when he went to war in Afghanistan without ear defenders after they were posted to the wrong address is suing MoD for £160,000 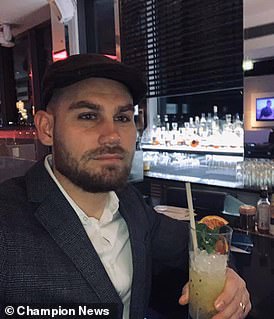 ‘The claimant first noticed a problem with his hearing following his return from the Black Alligator Exercise in the United States which took place between August and October 2014 for a period of about two and a half months.’

He added: ‘The claimant describes exercises during basic training where hearing protection was not worn (and could not be worn) at all.’

For much of the time during field exercises the yellow foamies were standard wear because they were light and flexible, but Mr Barry claimed that ‘in practical terms they were pretty useless in terms of the environments they had to be used in’.

During his basic training there was scant reference to hearing protection briefings when recruits were on the rifle ranges, he also claimed, telling the court: ‘the main focus was on lads not shooting each other’.

And with part of the training including night manoeuvres and surprise attacks it was often impractical for rookie marines to be wearing their yellow earplugs when a mock gun battle kicked off, said Mr Barry.

‘Because we weren’t aware of the timing of an attack none of us could put our ear plugs in.’

In one incident in 2014 his yellow foam earplugs fell out during a mock training battle in a ‘dummy town’ in California during which he was exposed to the sound of repeated gunfire and explosions, London’s High Court heard.

Even when he was kitted out with a radio ear piece for battlefield communication the yellow foamies proved impractical – because they muffled the sound of the radio and so could only be worn on the other ear.

And the helmet dished out to go with the heavier ear defenders also proved a bad fit, he claimed.

Mr Barry, pictured here outside the High Court on Thursday, said he had wanted to join the SBS but was forced to leave the armed forces due to the damage to his hearing

‘I think we were running along on the dregs of what had been issued in the past 15 to 20 years,’ he added.

Firing the standard infantry SA80 assault rifle created deafening levels of noise, the court heard, ramping up to 156 decibels when even 135 decibels can cause “physical pain”.

His noise exposure peaked in 2015 after Mr Barry was deployed to the United States and then to Norway on training exercises.

Mr Barry says he hoped to make a lifetime career in the Royal Marines and that his current job ‘doesn’t give me much fulfilment’.

Ex-Royal Marine wins more than £500,000 after roar of battle in Afghanistan left him with hearing of a 70-year-old in case which could open floodgates to claims worth millions 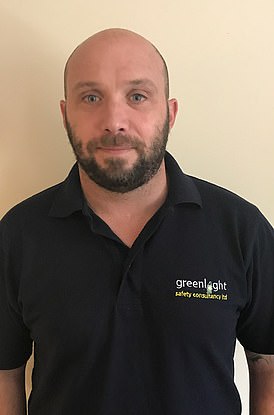 He said the judge would have to consider a number of ‘core issues’: whether, and to what extent, Mr Barry was ‘contributorily negligent’; the ‘ongoing effect’ of the noise-induced hearing loss and tinnitus; Mr Barry’s ‘likely career path and length of service’ but for his ‘noise-induced hearing loss and tinnitus’; and whether or not Mr Barry was ‘disabled’.

Mr Steinberg said the case gave rise to ‘some issues’ relevant to other ‘noise-induced hearing loss’ claims being pursued against the MoD.

‘The claimant’s evidence is that he was provided with both foam ear plugs and earmuffs,’ he said.

‘The defendant is critical of the claimant’s practice of not wearing a foam ear plug in his left ear beneath his personal role radio headset and of his failure to re-insert ear plugs, which routinely fell out.’

Lawyers representing Mr Barry said outside court that he was claiming about £1.5 million in total – and the MoD was arguing that the figure should be about £250,000.

Barrister Andrew Ward, who represented the MoD, told the judge in a written argument that Mr Barry had been medically discharged ‘for noise induced hearing loss’.

Mr Ward highlighted Mr Barry’s ‘practice’ relating to the use of ear plugs. He said ‘primary liability’ was ‘admitted’ but told the judge that the MoD ‘pursues the defence of contributory negligence’.

‘The claimant’s usual practice during his service with the Royal Marines was not to wear yellow foam ear plugs in his left ear underneath his personal role radio,’ said Mr Ward.

‘The claimant’s practice was contrary to his training.’

Mr Ward added: ‘The claimant’s evidence is that his yellow foam ear plugs repeatedly fell out. If so, then he was also contributorily negligent in failing properly to insert them.’

He said Mr Barry had ‘worse hearing in his left ear than his right’, and went on: ‘The reality is that his unauthorised practice of failing to wear a yellow foam ear plug under his left ear when using his personal role radio has contributed to “the damage” in terms of noise induced hearing loss and tinnitus.’

The hearing, which is being chaired by Mr Justice Johnson, is due to end later this month.