A FLIGHT attendant showed off her acrobatic skills as she flipped upside down and used her feet to close luggage bins – all while in uniform.

The viral video Lindsey O'Brien's stunt was filmed in June on a plane that had been grounded in Philadelphia, Pennsylvania. 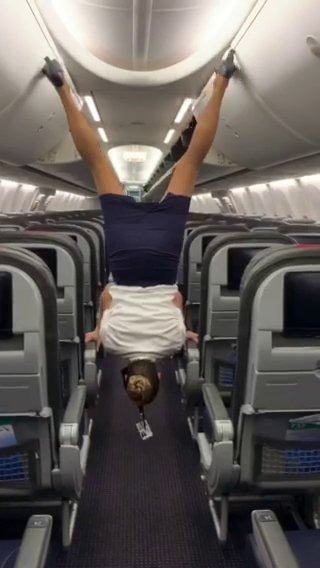 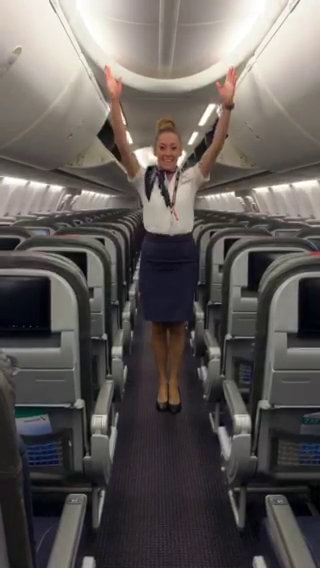 The video shows O’Brien, a 35-year-old with roughly six years on the job, standing in the aisle of the plane and holding onto the seats' armrests.

She's seen turning upside down and lifting her legs into the air – before using her high-heeled feet to close the luggage bins above the seats.

O'Brien, as seen in the clip, then comes back down to the aisle of the plane to cheers from her fellow crew members.

The US Airways flight attendant told DailyMail.com: "We were on the ground in between flights and my friend wanted to try the move." 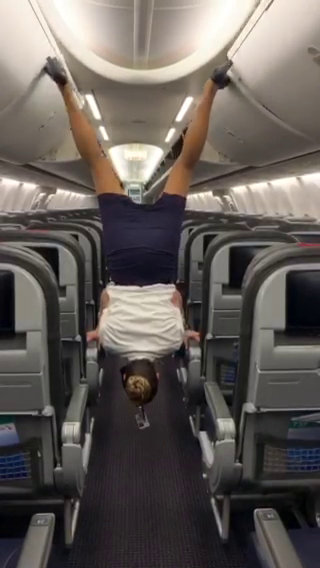 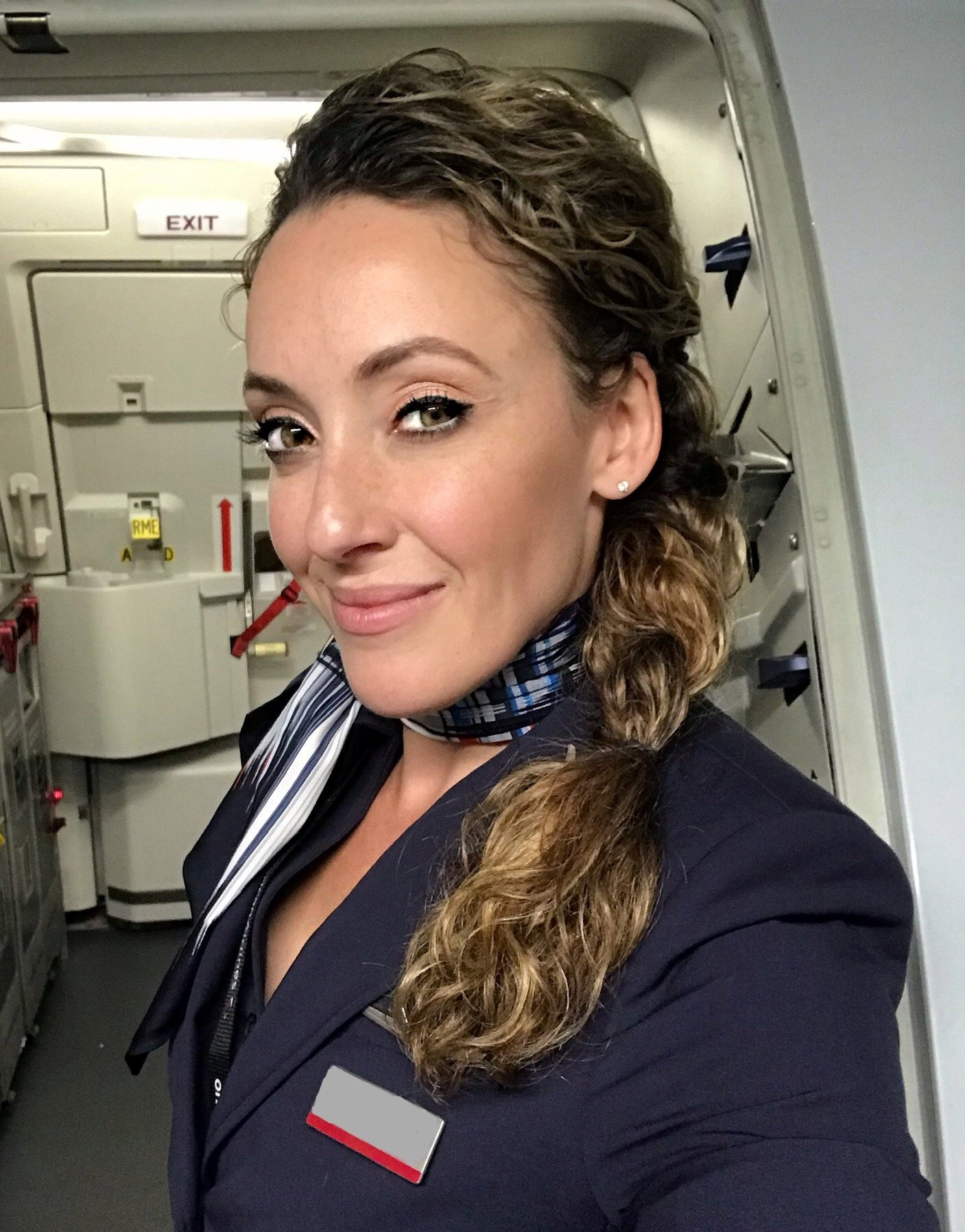 She said that she "used to do yoga and I was a cheerleader growing up so my core is pretty strong and I had to see if I could do it."

O'Brien told the Mail that it took roughly 20 tries to get the best shot.

The flight attendant added the video provided some relief from the pressures of working on planes during the pandemic.

"We always wear our masks when we are around passengers and at airports and this was just a rare occasion when we could kick back and just have some fun," she said.