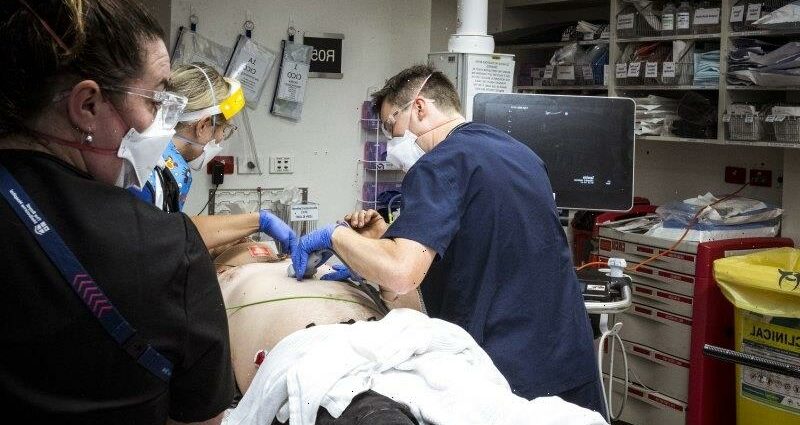 “It feels like you’re just trying to save disasters from happening rather than provide emergency care, or you’re saving people’s lives just in time because they have been waiting hours in [emergency departments] or ambulances.” This insight from a senior emergency physician into the state of Victoria’s hospital system is alarming enough.

The Victorian chair of the Australasian College for Emergency Medicine, Dr Mya Cubitt, has warned that the situation is likely to get worse before it gets better. “If we go into the winter without people being honest about the state of our emergency departments, we will continue to see an exodus of staff and more and more emergency departments will start to fall over,” Cubitt told The Sunday Age. 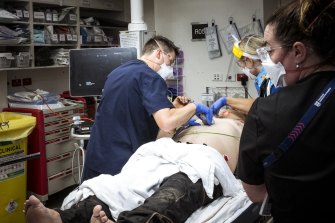 Getting to an emergency department has become a struggle in itself. Paramedics forced to queue at overcrowded hospitals have been unable to respond to new callouts, leaving some patients no choice but to be ferried to hospitals in private cars. Emergency physician Simon Judkins said: “That is the sort of stuff we are used to seeing – and I really hate to say this – in Third World countries where they don’t have any ambulance services.”

There are disturbing accounts of patient tragedies from within this overwhelmed system that raise urgent questions. In a rich and proficient society such as ours, how did it come to this? And what can be done to make it better?

The pandemic has exposed and exacerbated deficiencies in healthcare systems around the world. Victoria’s crisis has become so acute that the Andrews government last week committed a mammoth $12 billion to fixing it. In a health-focused budget, the government’s promise included $1.5 billion for an extra 40,000 elective surgery procedures in the next 12 months and cash to hire and train up to 7000 new healthcare workers. There was an extra $124 million for embattled Ambulance Victoria to recruit more paramedics, and the crisis-plagued triple zero emergency call service received a $333 million boost.

These measures are necessary and welcome. The problem for the state government and, more pointedly, for patients and health staff is that few of the budget measures will be felt immediately where the crisis is worsening.

The conversation must focus on the protection and retention of existing staff, who remain at risk of burnout. Unions and doctor groups want staff to be paid bonuses for staying in emergency departments throughout the pandemic, and given incentives to continue to stay, including additional paid annual leave. By necessity the government is offering cash incentives to lure foreign healthcare workers to ease the burden. Existing workers have a strong argument for similar rewards.

This, of course, requires funding. State premiers and the Australian Medical Association have been lobbying the federal government for a $20 billion boost over four years that would lock in a 50-50 hospital-funding split between the states and the Commonwealth. Prime Minister Scott Morrison says the states would simply reduce their contributions in response, while Labor leader Anthony Albanese says only that he is open to talking with the states. Despite the effects of the pandemic, health funding has not been a focus of the major parties in the federal election campaign.

For Victorians unfortunate enough to be sick or injured, that is a bitter pill to swallow.

Gay Alcorn sends a newsletter to subscribers each week. Sign up to receive her Note from the Editor.

Lates News:
2022-05-09
Previous Post: Eurozone Manufacturing Growth At 15-Month Low
Next Post: Who is Jeffrey Dahmer 'The Milwaukee Cannibal' and where is he now?