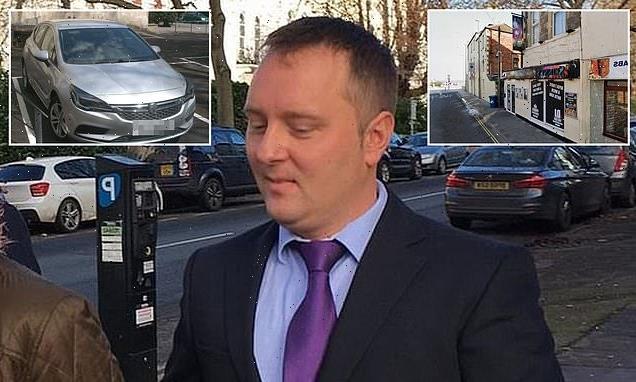 Married father-of-two police officer, 41, is cleared of misconduct after he was accused of having sex with a woman who ‘jumped on him in his patrol car’

A former police officer has been cleared of misconduct after he was accused of having sex with a woman who ‘jumped on him in his patrol car’.

Former sergeant Lee Cocking, 41, was acting inspector in charge of policing in Weston-super-Mare and was giving the woman a lift home after she was thrown out of the ‘Skinny Dippers’ nightclub after causing trouble on Christmas Eve in 2017.

He had faced criminal charges over the incident but was cleared last year by a jury of a charge of misconduct in a public office.

Mr Cocking denied any wrongdoing and said the woman leapt across the passenger and came onto him.

The former officer told the panel during a two-week police misconduct hearing that he felt numb and went into a ‘complete panic’ when she unzipped his trousers and attempted to have sex with him.

He retired from the force in July after being diagnosed with post-traumatic stress disorder (PTSD) following a fatal accident in 2015 in which a young girl died.

Avon and Somerset Police’s HQ in Portishead, Deputy Chief Constable Nikki Watson said she was ‘disappointed’ but respected the ruling. 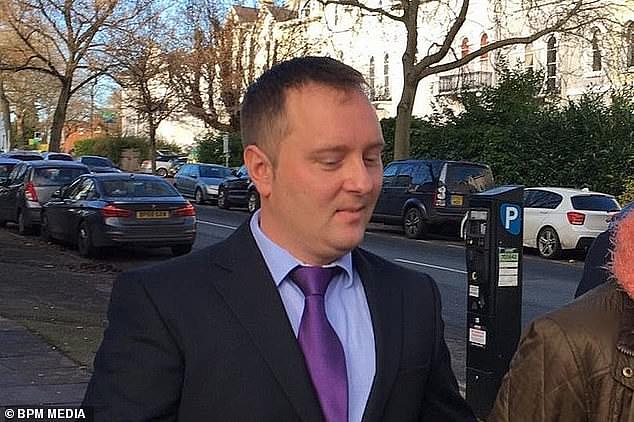 ‘The hearing has been overseen by a Legally Qualified Chair, who is independent of the constabulary.

‘We fully respect the chair’s authority but are disappointed that having carefully weighed up all the evidence they have ruled the allegations around dishonesty and discreditable conduct were not proven.

‘Police officers and staff are expected to maintain the highest level of professional standards at all times.

‘We have consistently believed the actions of the former officer on December 24th 2017 fell short of those standards and were not what the public would expect from their police service.

‘We have invested a significant amount of time and resources into both a criminal and misconduct investigation since 2017.

‘The officer involved is no longer employed by Avon and Somerset Police.’

She said they would not comment further until they had read the full statement from the panel giving the reasons they had cleared him of misconduct. 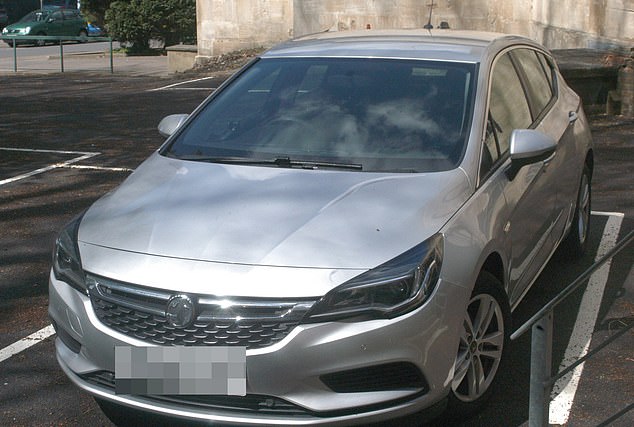 Panel chair Anna Vigars did not announce the panel’s reasons for clearing Mr Cocking but a statement behind the decision is expected to be published soon.

She said: ‘We don’t find misconduct insofar as Mr Cocking is concerned. It is important to say that we acknowledge that these proceedings have been difficult for all concerned and we are grateful to everybody for the sense in which they have been handled on all sides.’

Last year Mr Cocking was acquitted by a jury of a criminal charge of misconduct over the 2017 incident following an 11-day trial. An earlier jury trial in Cirencester had failed to agree a verdict.

Jurors at the time heard the woman say she had ‘three pints of cider followed by a number of gin and tonics’ and was very drunk but she knew they definitely had sex in his car.

She told the court that she suffered from a friction burn on her skin while attempting to have sex in the car and added: ‘All I can remember is that we were struggling in the car.

‘He was in the driver’s seat and I sat on top of him with my back against the steering wheel. My leg was beside the door and we got out to have sex. It was in complete darkness.’

Ray Tully QC, who was defended Mr Cocking during the trial, suggested that the woman had straddled the officer and ‘told him to ”man up” and be a man to have sex with you’.

He suggested to the woman that as they arrived at Knightstone Island in Weston-super-Mare he slowed the vehicle down because she had said she wanted to be dropped off there.

During the police misconduct hearing, the panel was told the woman had never claimed she had been sexually assaulted by the former officer and that the sex was consensual.

A request by Mr Cocking’s barrister Ray Tully to lift her anonymity so she could be named publicly was refused by the panel.

The panel never got to hear from the woman because she declined to take part in the proceedings.

Mr Cocking was accused of having ‘sexual relations with a vulnerable member of the public while on duty and giving ‘untruthful answers to a police custody sergeant’ about his medical history, which would have amounted to gross misconduct if proven, it was alleged. 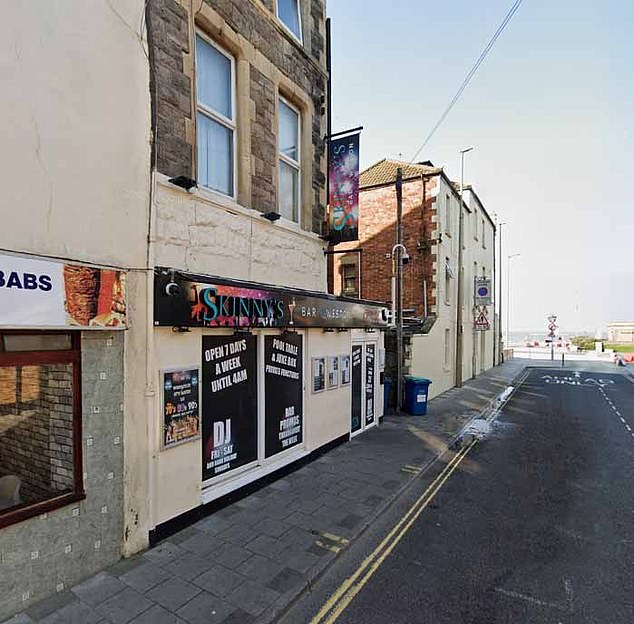 The woman, who cannot be named for legal reasons, was chucked out of Skinny Dippers nightclub before she met Mr Cocking in his car

At the Gloucester Crown Court trial last year, he broke down in tears after her was cleared by the jury.

The trial heard how he offered the woman a lift home in the unmarked silver Vauxhall Astra police car, which she accepted.

She had been kicked out of the Skinny Dippers night spot and was causing trouble outside the building.

He said it felt like an ‘outer body experience’ when the woman suddenly forced herself on him.

Mr Cocking suffered from PTSD and claimed he was not psychologically able to resist the woman’s sexual advances.

She pulled down her jeans and knickers, unzipped his fly and then started ‘straddling’ him in the driving seat of the vehicle.

Mr Cocking, who had been a police officer for 20 years, pleaded not guilty to misconduct in a judicial or public office by wilfully misconducting himself in such a way as to amount to an abuse of public office.

His barrister said Mr Cocking felt that he had been the victim of a sexual assault himself.

He claimed that as he was driving, she suddenly touched the side of his left leg, then giggled and said sorry.

‘She shouted out to me to stop just before the old Toll road. I pulled up expecting her to just get out.

‘But she leant towards me, with her head forward and her lips puckered as though she was leaning in to kiss me.

‘I put my hand up to stop her. I told her that she couldn’t do that as I would get into trouble.

‘This came as a shock and my anxiety levels shot up.

‘I felt scared as so many of my colleagues had their lives destroyed with similar allegations. I just wanted to get her home so I could get home myself.’

He continued driving but her demands became ‘louder and louder’.

He said his mind was ‘racing’ and he thought if he stopped ‘she would make a complaint’.