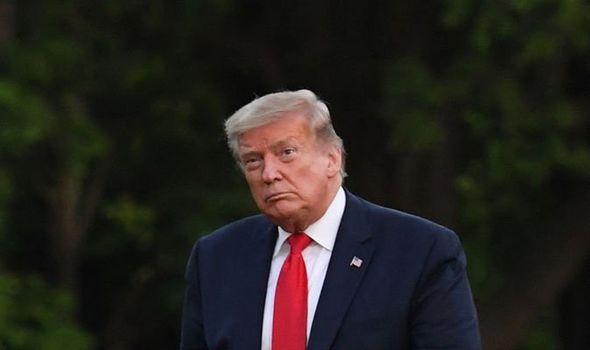 He also said he wanted to add Russia, Australia, India and South Korea to the summit. Earlier, German Chancellor Angela Merkel said she could not commit to attending the summit in person due to the coronavirus pandemic. It had been planned to replace the summit with video conferencing, but Trump changed his mind tweeting: “Now that our Country is ‘Transitioning back to Greatness’, I am considering rescheduling the G-7, on the same or similar date, in Washington, D.C., at the legendary Camp David.

“The other members are also beginning their COMEBACK. It would be a great sign to all – normalization!”

The G7 or Group of Seven contains seven industrialized nations: The US, Germany, Japan, France, Britain, Canada and Italy.

Russia was previously a member of the G8.

But in 2014, Russian membership was suspended due to the annexation of Crimea. 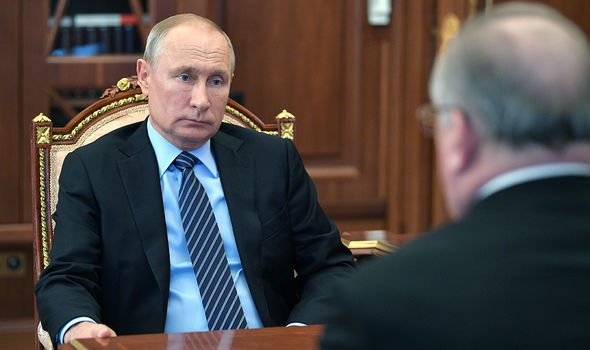 Trump described the current format as a “very outdated group of countries.”

He added: “I’m postponing it because I don’t feel that as a G7 it properly represents what’s going on in the world.”

Moscow remains a member of the G20.

Giuseppe Conte of Italy was said to have been the only G7 leader to offer Trump any real support.

Japan’s Shinzo Abe was reported to be neutral whilst the rest were opposed.

A European diplomat told The Guardian: “Most of the other leaders insisted on this being a family, a club, a community of liberal democracies and for that reason they said you cannot allow President Putin – who does not represent that – back in.”

The diplomat said Trump argued for issues such as Iran, Syria and North Korea, it made sense to have Moscow involved.