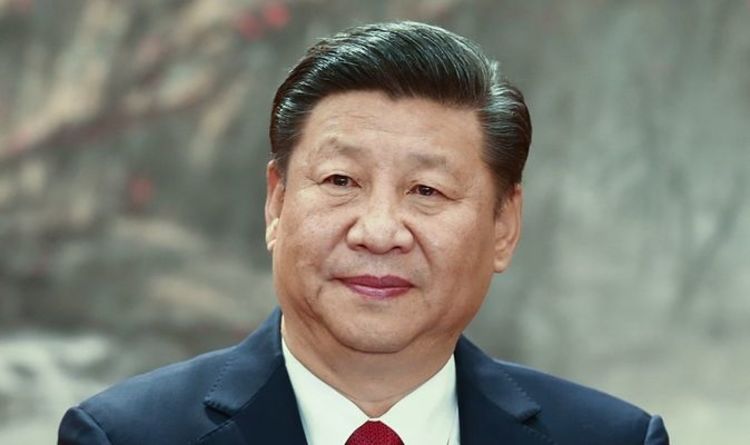 The wide-ranging Biennial Talisman Sabre military exercise lasting two weeks began last week. This training drill off the coast of Australia will test all significant elements of allied military cooperation, coordination and operations. Six nations are taking part, while a ​further six countries have sent observers, but China clearly isn’t as welcome as the others.

That is because, for the first time, China has sent two large, modern surveillance ships to keep an extremely close eye on proceedings.

But Australian Defence Minister Peter Dutton said the intense military exercise “sends a message to our friends and to our foes that we have the deepest of relationships with the United States”.

He warned Australia’s partnership with a number of global superpowers, including the UK, should also “send a strong message to the Communist Party”.

Mr Dutton said while watching the action at the Shoalwater Bay training area: “This sends a message to our friends and to our foes that we have the deepest of relationships with the United States.

“Our partnership with America, with Japan, with the United Kingdom, with New Zealand and with others in the Indo-Pacific region should send a strong message to the Communist Party and others that we have a great capacity, we have a great deterrence, and we will do whatever it takes to keep peace in our region.”

The Defence Minister added: “We are surprised there are two vessels, but obviously, the Chinese have made a decision to have a greater presence.

“We would expect them to operate and conduct themselves within the rules of international law.”

“And all the most sophisticated periphery powers to its First Island Chain are taking part.”

He added: “They’re very interested because of the strategic scenario being tested.

“They’re interested because this is the most substantial exercise of this type.

“I would think they’d want to listen to and watch as much as they can.”

But he also warned: “You have sophisticated, substantial naval forces.

“Then go and look at the size of the exercise area.

“If you genuinely want to conduct a practical intelligence-gathering operation on all that, even two of these big Chinese ships will be flat out trying to take it all in.”

Outside of Australia, the US is the most prominent participant in the military exercise, with Canada and New Zealand also taking part.

Japan has sent a specialist contingent and for the first time, South Korea has deployed a warship.